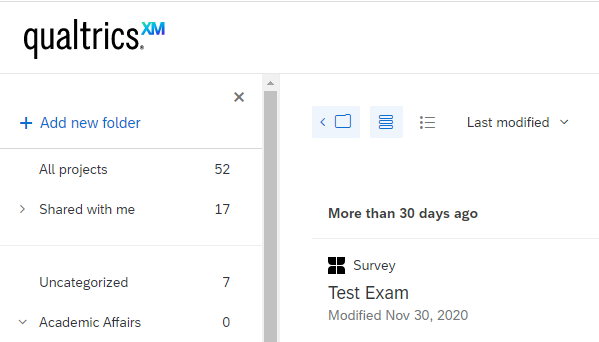 Beginning on March 31st, Qualtrics is reorganizing it’s Survey Editor feature, as well as some other screens. The new New Survey Builder will be organized differently, although it will have all the features of the old Survey Editor. Qualtrics believes these changes will “will make the survey building experience easier to navigate and more intuitive, especially for our first time users.”

On March 31st, you will be given the option to opt-in to the new Survey Builder. At the end of April, it will become the default interface for survey editing, although Qualtrics will allow you to opt back out for another month.

Also new (as we’ve covered before):