This Train Never Stops: Jumping Aboard the Trainwreck Sports Locomotive 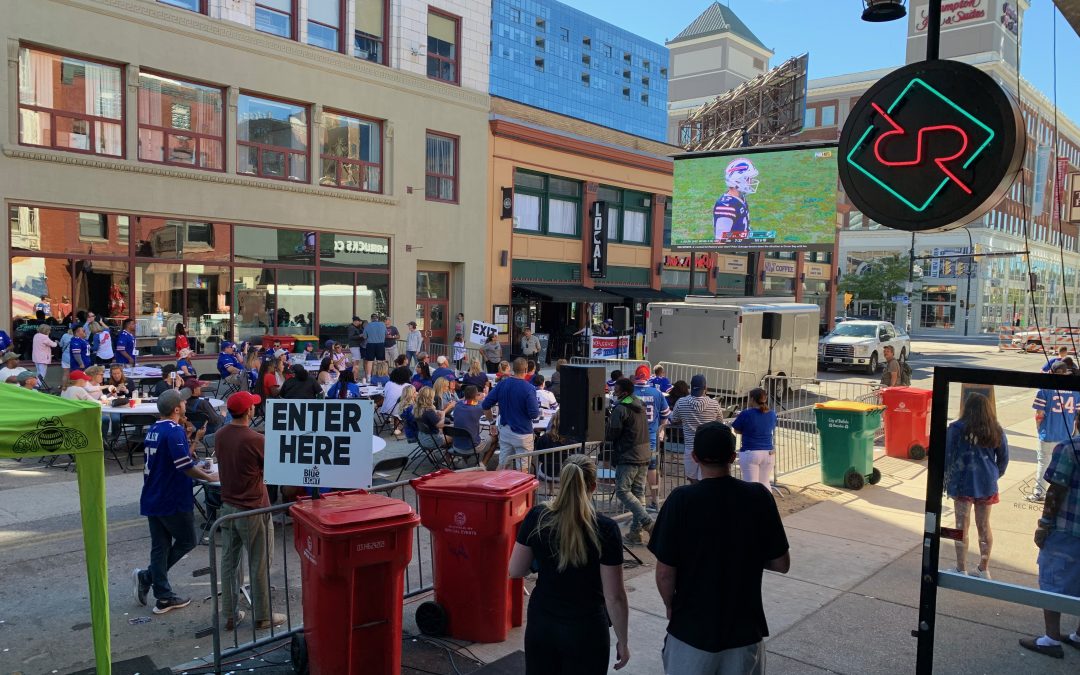 In the first two weeks of my internship with Trainwreck Sports, LLC, I learned the ropes of the company, and started small with big aspirations.

Two weeks ago, I had a “soft” beginning to my internship with Trainwreck Sports. I originally met my internship supervisor and the other members of the Trainwreck Crew via email and began the first week by crafting article topics for articles to appear on the website. After hearing back, I wrote my first article, and it appeared on the website the following week after being edited.

Through this process, it began a dialogue between myself, the web editor, and my internship supervisor, as we went over my article proposals and discussed my availability to start working events.

Eventually, I was able to make an event on Sunday, Sept. 19, the outdoor block party on Chippewa Ave. The Bills were playing in Miami, and Rec Room was hosting an event to watch the game. Trainwreck was providing media coverage at the event, and shot pregame, halftime, and postgame shows inside Rec Room.

Before the event, I was able to talk with my supervisor who said I could basically do whatever I wanted. If I wanted to be behind the camera and shoot B-Roll for social media, I could do that. If I wanted to interview people watching the Bills game during the block party, I could do that too. The option was there to do on-camera stuff, but I decided for the first week to stay behind the camera and learn the ins and outs of their process.

Something I found interesting was that before the event started, my supervisor and I were making conversation while we waited for the rest of the crew to arrive. He was asking about my experience in broadcasting and such, and my history in sports, like my favorite teams and favorite on-camera personalities. It was just a friendly conversation, but he did say something really interesting that I found really motivating.

He asked me about what I wanted to get out of the internship, and I replied with a couple of my general goals, like I’d like to do some podcast stuff, some live on-camera stuff, and to continue writing articles. He said that was great, and mentioned that it’s always cool when interns buy into the Trainwreck “process,” meaning that some people aren’t always so keen on appearing in public and on social media so outgoing and passionate about sports.

His follow-up point was that doing that sort of stuff isn’t for everybody, and that if I wanted to use the internship to network, meeting people from WGR like Nate Geary, or make contacts with people from WGRZ, that’s a possibility, but if I wanted to build a portfolio of my own work, we could do that and they’d love to have somebody buy in. This blog post isn’t giving that conversation justice; it flowed a lot better than this and it made sense, but for whatever reason, that really motivated me.

I’m excited to keep moving with Trainwreck this semester, and am excited to see my free time open up a little bit in the next week or two to maybe jump into working with podcasts as well. Hopefully soon, the podcast idea I have can be put in motion, and when that happens I’ll be very excited.