The Department of Modern Languages, Literatures and Cultures, Sigma Delta Pi, Latin American Studies, the Fitzpatrick Institute, UNITY and Latin American Students and Friends (LASAF) are co-sponsoring three events in the coming days to celebrate the Lesbian, Gay, Bisexual, Transgender and Questioning (LGBTQ) community. The events include a screening of the film “QUEER CITY” followed by a question and answer period with the director, as well as a two-part discussion entitled “Queering History in the Americas,” which will examine the history of the LGBTQ community as seen in Mexico City, San Juan, New York City and Washington, D.C.

The screening of the documentary “QUEER CITY” will be held on Monday, April 24 at 8:00 p.m. in Old Main Room 314. “QUEER CITY,” directed by Draper Shreeve, presents portraits of seven highly diverse New Yorkers to show what gay life in America looks like today. The film was chosen for Best Documentary Feature at qFLIX Philadelphia.

The first of the two-part discussion entitled “Queering History in the Americas” will be held on Tuesday, April 25 at 6:30 p.m. in Old Main Room 314. The talk, led by Victor Macias-Gonzalez, a history professor at the University of Wisconsin-La Crosse and César Augusto Salcedo Chirinos, a history professor at the University of Puerto Rico, Río Piedras and Interamerican University, Metropolitan, will focus on Mexico City and San Juan.

The second part of the “Queering History in the Americas” discussion will be held on Wednesday, April 26 at 6:30 p.m. in Old Main Room 314. The talk will focus on New York City and Washington, D.C. and will be led by Philip Clark, co-editor of Persistent Voices: Poetry by Writers Lost to AIDS and In the Empire of the Air: The Poems of Donald Britton; and Christopher Bram, the author of 12 books including Eminent Outlaws: The Gay Writers Who Changed America.

For more information, contact Richard Reitsma, chair and associate professor of modern languages, literatures and cultures, at 716-888-2408 or reitsmar@canisius.edu.

In an effort to reduce stigma around mental health issues, the Undergraduate Student Association (USA) and the Athletics Department are bringing former Buffalo Sabres goaltender Clint Malarchuk to speak on campus on Tuesday, April 25 at 7:30 p.m. in the Montante Cultural Center. Malarchuk’s discussion is entitled “The Crazy Game: How I Survived in the Crease and Beyond.” Doors open at 7:00 p.m.

Malarchuk is a mental health advocate and author of the best-selling book The Crazy Game. He suffers from anxiety, obsessive compulsive disorder and depression. 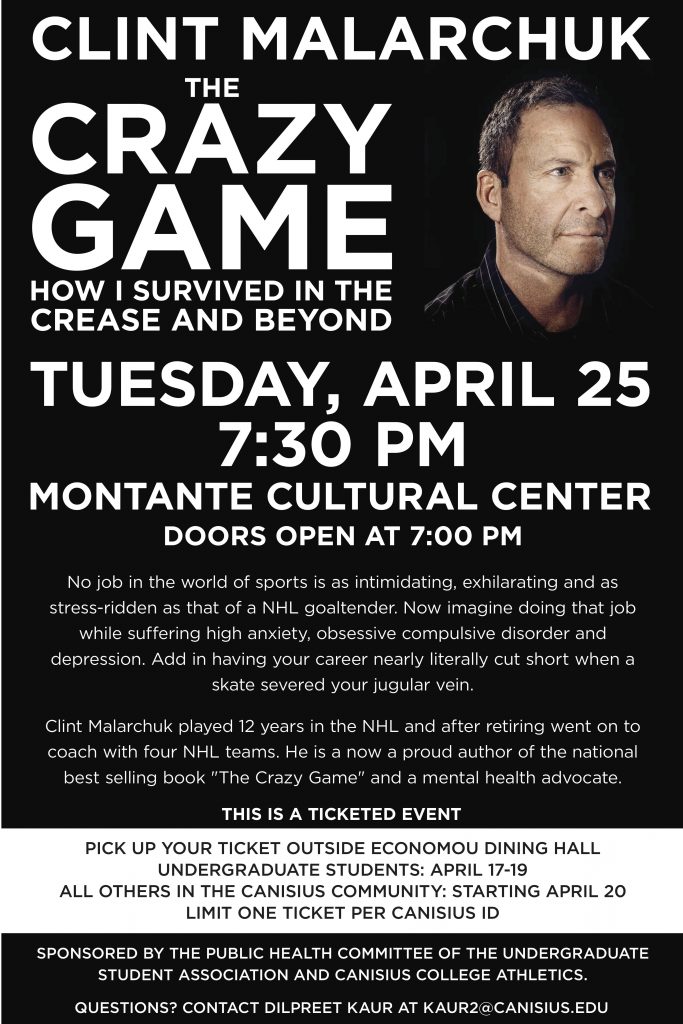 A Fulbright Scholarship informational meeting will be held on Thursday, April 27 from 4:00 – 5:00 p.m. in the President’s Board Room, Bagen Hall Room 100. Canisius students have been particularly successful at winning prestigious Fulbright awards – five in the last several years. Consider what a Fulbright Scholarship would mean to your life and career. 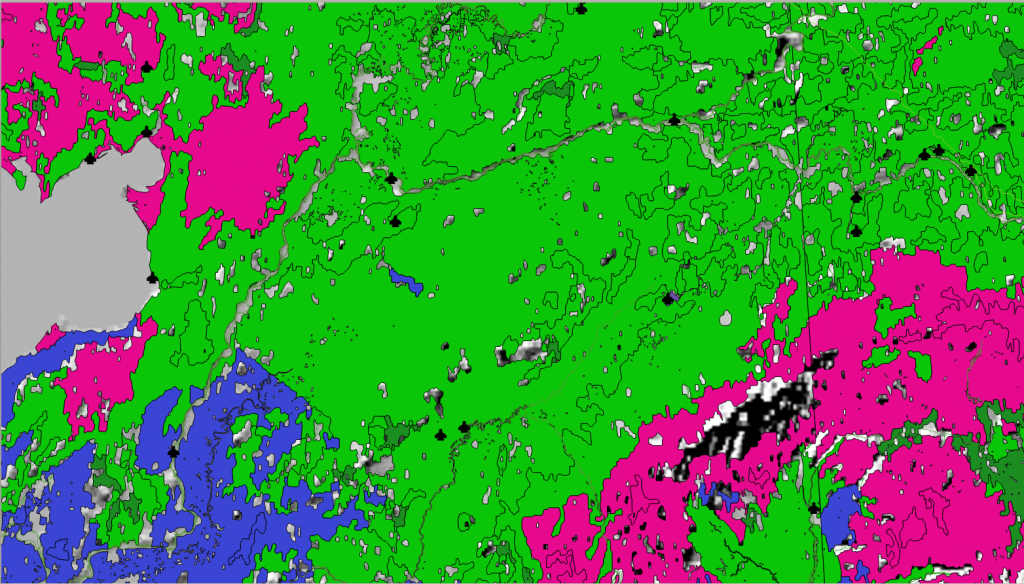 The Center for Online Learning & Innovation (COLI) and ITS User Services are investigating current Geographic Information Systems (GIS) use on campus and the potential for further supporting this increasingly important toolset. Any Canisius College GIS users or those interested in using GIS systems generally, are encouraged to contact Mark Gallimore, PhD, instructional designer, COLI gallimom@canisius.edu to describe their GIS use (or potential use).