Steve Szczepankiewicz, PhD, associate professor of chemistry and biochemistry, is quoted in The Buffalo News in an article “Fun & Beyond: The benefits of summer camp.”

“Kids tend to work themselves into a particular corner over the course of the school year,” he said. “When you put them into a camp environment, it gives them a license to explore new friends and new attitudes.”

Celebration of Service is Today

The college community is invited to attend the annual Celebration of Service today, April 28, at 3:00 p.m. in the Montante Cultural Center. Canisius takes pride in the dedication of its faculty, administration and staff and will recognize those individuals who have reached significant service milestones in their careers.

Come hear the Canisius College Jazz Ensemble, Chorale and Chamber Orchestra in their final performances this weekend. All of these concerts are at 7:30 p.m. in the Montante Cultural Center. All concerts are free and open to the public.

The Jazz Ensemble, directed by Russell Scarbrough, will perform on Friday, April 28.

The Canisius College Chorale, under the direction of Frank Scinta, concludes its 2016-2017 Sacred Spaces Concert Series with a performance on Saturday, April 29.

This performance is your last opportunity to hear the Chorale directed by Frank Scinta, who is stepping down as director at the end of this school year. Scinta is passing the baton on to Brad Wingert for fall 2017.

We hope to see you at one or more of the performances this weekend.

Need a break from exams? Want to remember what it is like to learn exactly what YOU want to learn? Here is your chance!

Please join your fellow students, faculty, staff and administrators on Wednesday, May 10 from 12:00 – 1:30 p.m. for a discussion about racism and Catholicism! The discussion will be focused on chapters 1-3 of Rev. Bryan Massingale’s book titled Racial Justice and the Catholic Church. Join us in OM 219 (tentative location).

Limited copies of the book may be available for students who are willing to read and commit to attending our discussion. To learn more, contact Nancy Rourke, PhD, associate professor of religious studies, at rourken@canisius.edu or Laura Montaro, executive associate to the president, at montarol@canisius.edu by the end of today, April 28. 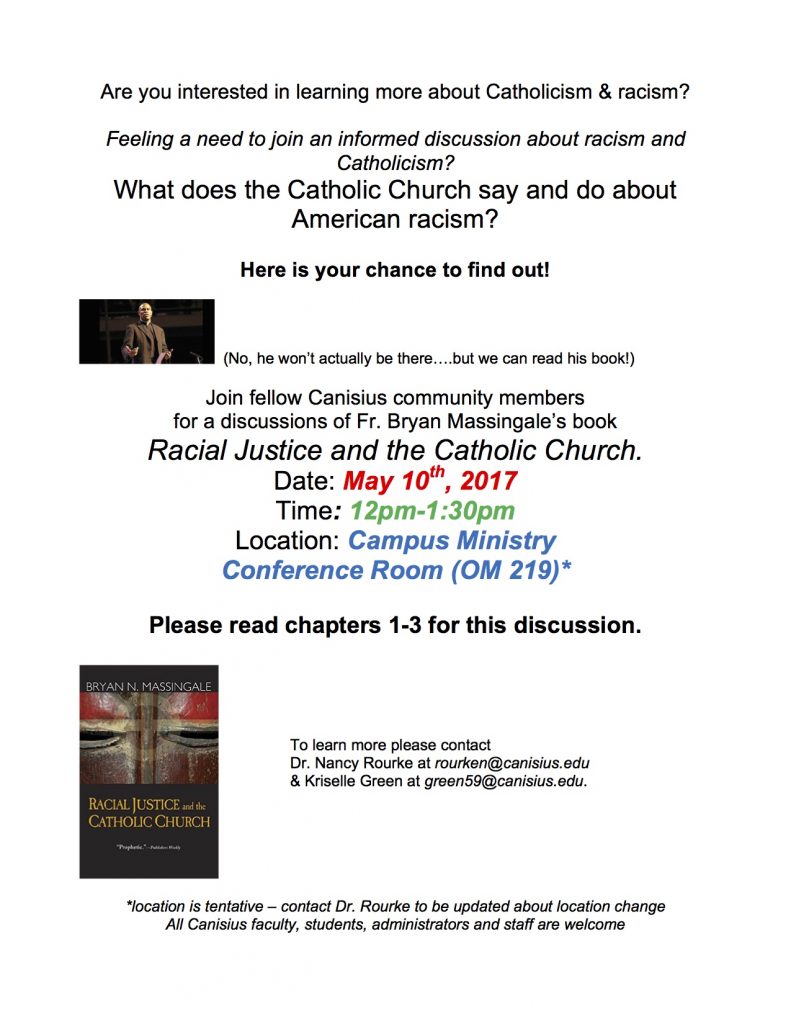 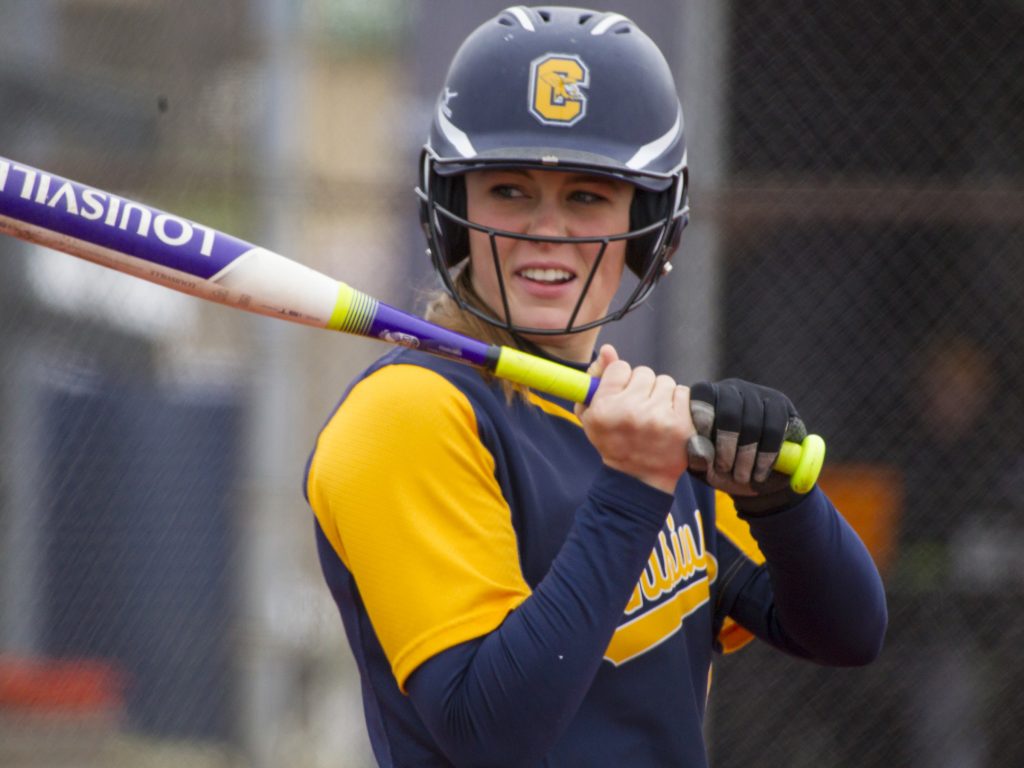 Your Canisius softball team continues its seven-game, season-ending home stand this weekend with a pair of conference doubleheaders. The Griffs battle Marist in a doubleheader at the Demske Sports Complex on Saturday, April 29 with the first game beginning at noon. The following day, Sunday, April 30, Quinnipiac is in town for a pair of games. The first game is also scheduled to start at 12:00 p.m.