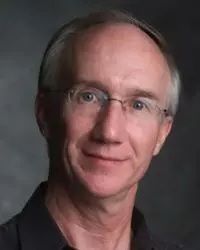 David G. Hangauer ’74, PhD, is the 2021 recipient of the Jacob F. Schoellkopf Medal from the Western New York Section of the American Chemical Society (WNY ACS).  The Schoellkopf Medal, named in honor of chemical industry entrepreneur Jacob F. Schoellkopf, is the oldest ACS local section award in the nation.  The award recognizes a member of the WNY ACS for their accomplishments and their continuing achievements in the chemical sciences.  Prof. Hangauer is the 91st recipient of the Schoellkopf Medal, awarded to him “in recognition of his visionary work on the discovery of cancer therapies and his entrepreneurial impact of the advancement of the pharmaceutical industry in the region.”  The award will presented on April 12, 2022, following a dinner at the Hotel Lafayette.

Prof. Hangauer earned a BS in chemistry from Canisius College in 1974.  He completed his PhD in natural product synthesis at the University at Buffalo in 1980. After, he worked as a medicinal chemist at Merck in Rahway, NJ.  In 1989, he accepted a position at the University at Buffalo as Associate Professor of Medicinal Chemistry. At UB, his laboratory developed a new technology for the discovery of protein kinase inhibitors.  Also while at UB, Prof. Hangauer started three biotech companies: Arpida, Hypnion, and Athenex, where he invented two of Athenex’s oncology drugs, KX01 and KX02.  He has also consulted for many biotech and pharmaceutical companies in the US, Europe, and Asia.  Prof. Hangauer is an inventor on 80 patents and the author of 60 peer reviewed publications.  He has received numerous awards, including the New York State Research Foundation Outstanding Inventor Award (2002), the Canisius College Department of Chemistry and Biochemistry James H. Crowdle Award for Distinction in Chemistry (2006), the Niagara Frontier 2007 Inventor of the Year Award, and the 2012 University at Buffalo Faculty Entrepreneur of the Year Award.  Hangauer supports undergraduate summer research in chemistry at Canisius with his annual funding of the Frank Dinan Research Scholars, in honor of Professor Emeritus Frank Dinan.

Submitted by: Phil Sheridan, professor and chair, Department of Chemistry and Biochemistry