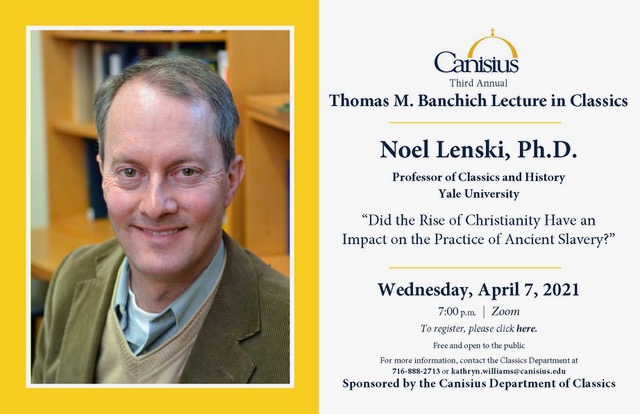 Noel Lenski, PhD, professor of classics and history at Yale University, will be the guest speaker for the third annual Thomas M. Banchich Lecture in Classics on Wednesday, April 7. Lenski specializes in the Roman Empire during late antiquity. He has published extensively on the topic and particularly on the history of slavery in the late Roman and early medieval eras.

His talk, titled “Did Christianity Have an Impact on the Practice of Ancient Slavery?” will take place at 7:00 p.m. via Zoom. The lecture is free and open to the public. Click here to register.

The event is co-sponsored by the Institute for Classical and Medieval Studies (ICMS) and the Canisius Classics Department.