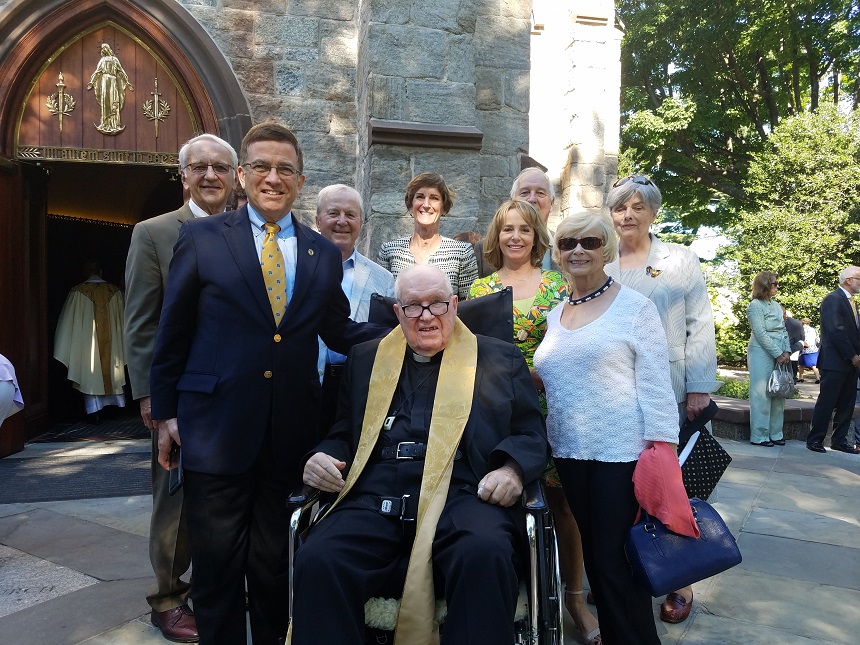 Like Elvis, Cher and Madonna, Rev. Paul J. Dugan ’45, SJ, is known simply by one name – Doogs.  The legendary and beloved figure celebrated his 75th year as a Jesuit with family and friends at Murray-Weigel Hall on the Fordham University campus on Saturday, September 15.  Father Dugan earned his BA, MA and PhL at Woodstock College.  He entered the Jesuits in 1943.

While at Canisius, he served as moderator of athletics, a position he held for more than 40 years.  In this official capacity, Father Dugan attended to the spiritual needs of student-athletes.  But Doogs provided guidance, support, compassion, laughter and joy to everyone he met.  And, he continues to do so.

According to Dan Starr ’58, HON ’18, PhD, former athletics director at Canisius, it was the athletes in the 70s who coined the famous name as a term of affection.  The students, says Starr, considered Doogs one of the boys but they also treated him with the utmost respect. 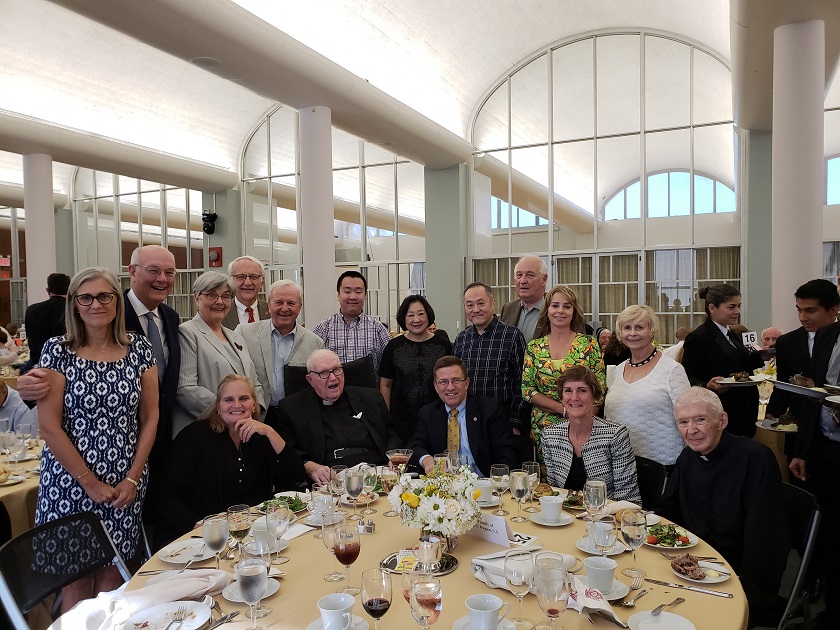 Well wishers gather around Father Dugan following a celebration of his 75th year as a Jesuit.

The spiritual growth of students was of the greatest importance to Father Dugan.  But he was also well-known for his wonderful sense of humor.  His signature saying is “I’m spreading the joy.”  But for anyone who knows him, Doogs is the joy!

You can congratulate Father Dugan on his anniversary by Email at buffalodoogs@gmail.com.  If would like to make a donation to the Rev. Paul J. Dugan ’45, SJ, Scholarship in honor of this special milestone, please visit www.canisius.edu/give-canisius and note Father Dugan Endowment.

Did you Know?  At 94 years young, Father Dugan is the second oldest resident at Murray-Weigel Hall.  But, he says he plans to earn the title of the oldest!