Center for Professional Development Back on Campus

The Center for Professional Development (CPD) is excited to announce that it moved back to 2001 Main Street in July, from its previous home at 300 Corporate Parkway in Amherst.  Thank you to all who assisted with the transition!  The CPD’s executive and continuing education programs will now operate out of Science Hall, Room 1005.

For more information about the programs and services offered by the Canisius Center for Professional Development, visit www.canisiuscpd.com, email cpdinfo@canisius.edu or call (716) 888-8490.

Call it a sign of the times:  New brand banners are changing the face of the Canisius campus.

The Office of Creative Services oversaw the design and installation of more than 70 new light pole banners, which can be found on the main campus and its perimeter.  The blue and gold signage is a contemporary interpretation of the college seal and conveys a modern look, while still representing Canisius tradition. 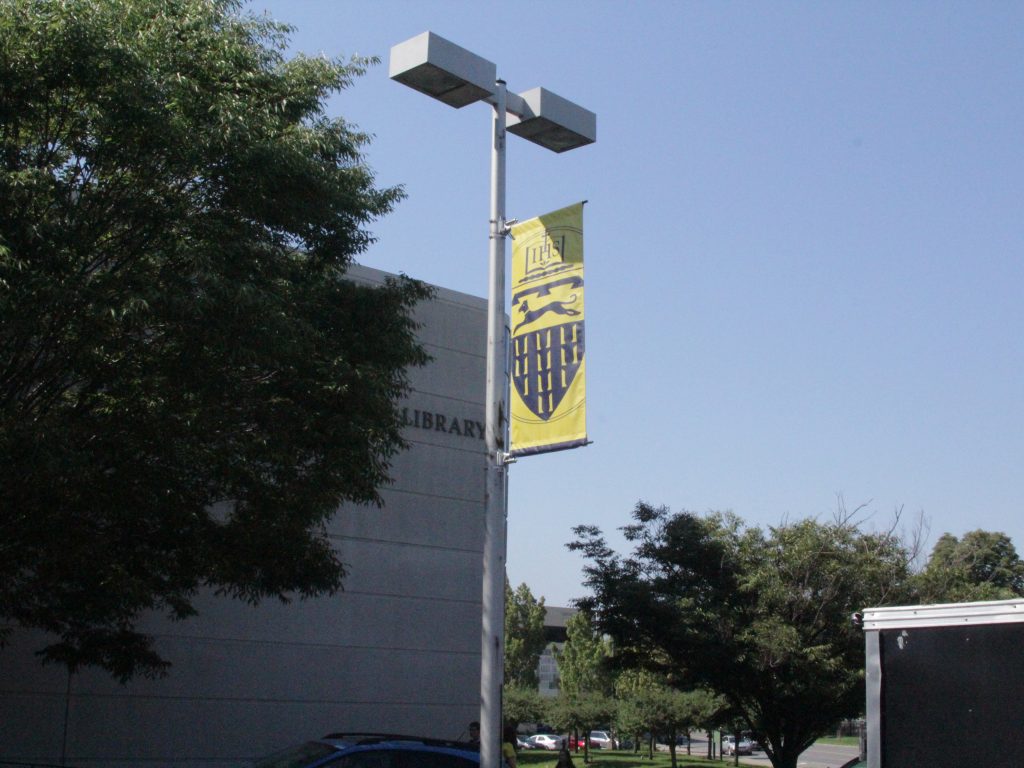 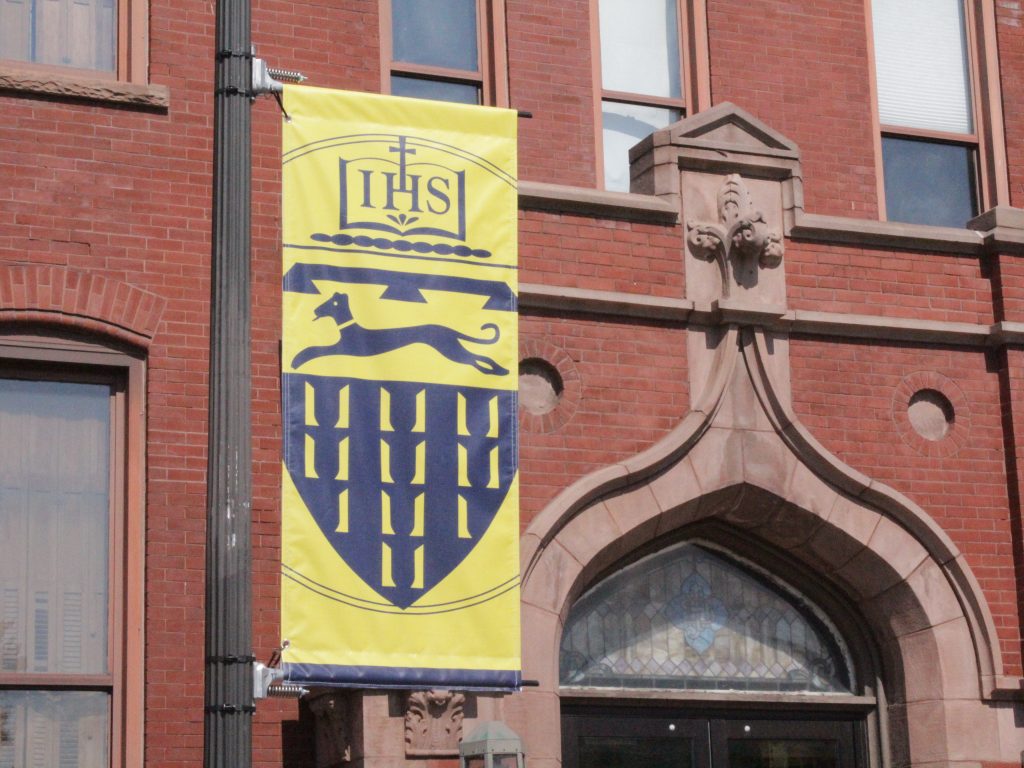 New brand signage for the interior and exterior of Science Hall is also planned. Two large exterior signs and several smaller “blades” will reflect the college’s “You Can” marketing campaign, using the brand trademark coupled with photos of Canisius students doing extraordinary work.  The larger exterior signs will be supported by aluminum frames, which enable the marketing team to easily replace the images with new versions each semester. 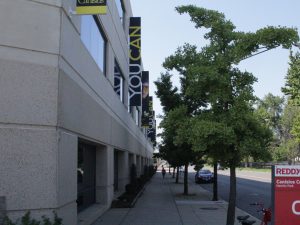 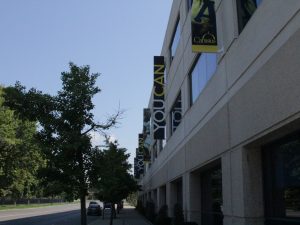 Inside Science Hall, atrium banners are being replaced and several wall signs removed. The entire project is scheduled for completion early this semester. 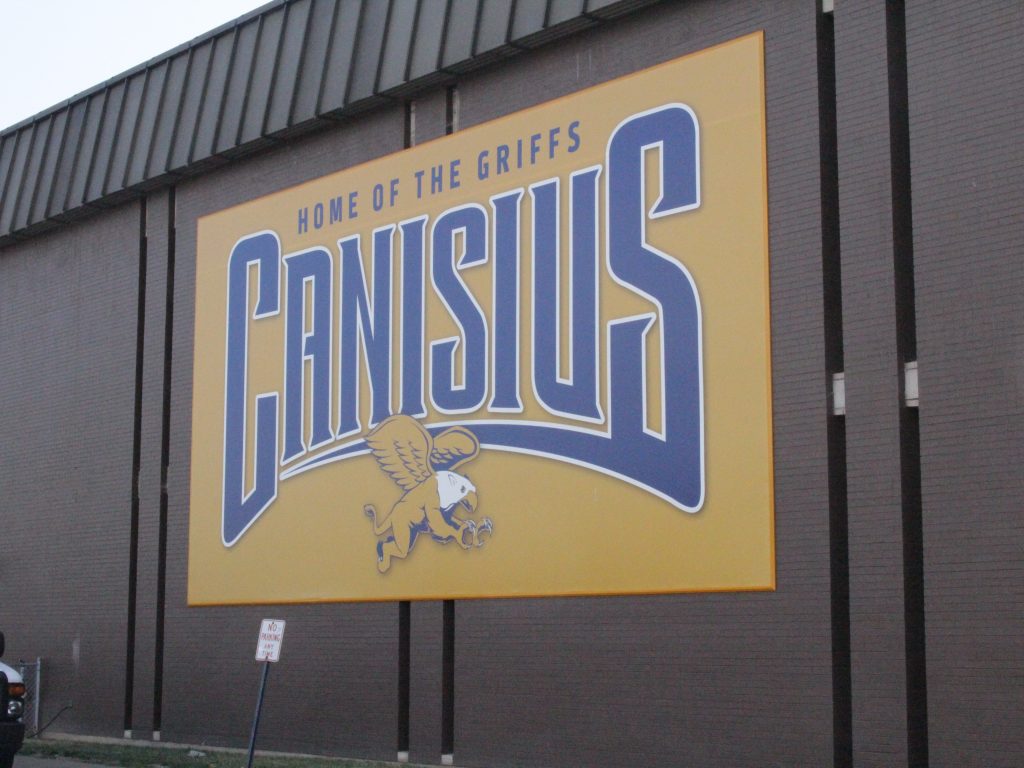 The Koessler Athletic Center underwent a cosmetic facelift as upgrades were put into place this summer. Signage and fresh coats of paint can be seen both inside and outside of the KAC.

A giant banner placed on the outside of the pool wall, facing the upper KAC parking lot, features the Canisius athletic logo.

The main entrance hallway from the upper lot also features new signage and branding to give fans and visitors the feeling they are walking into a Division I-level facility. The left-hand side of the hallway now features the Canisius athletics logos with “Home of the Griffs” proudly displayed. 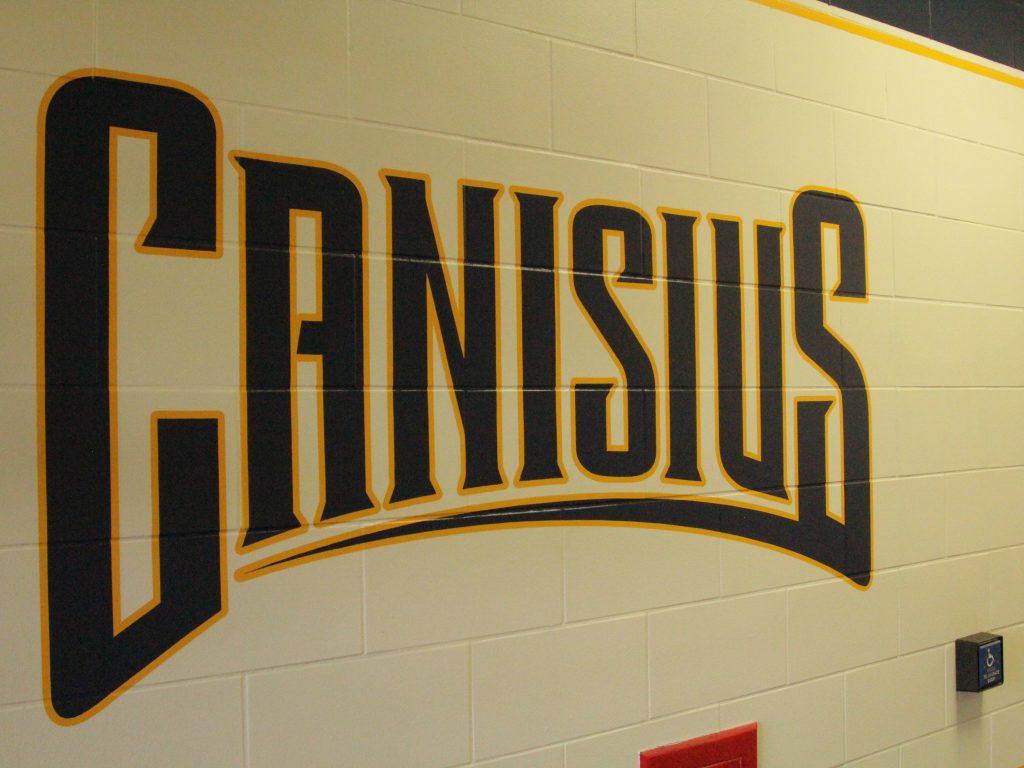 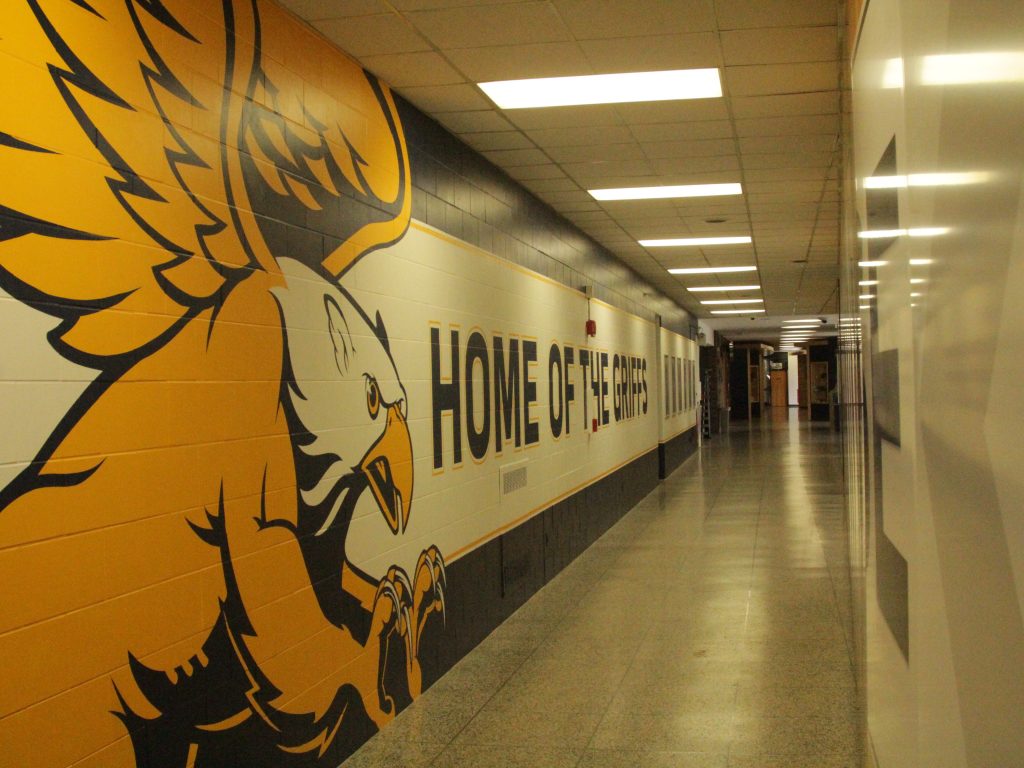 On the opposite side, the wall was re-branded with images of former athletes inside the letters of “This Is Our House.” There are also crowd shots, including the beloved C-Block section, in the upper and lower borders. 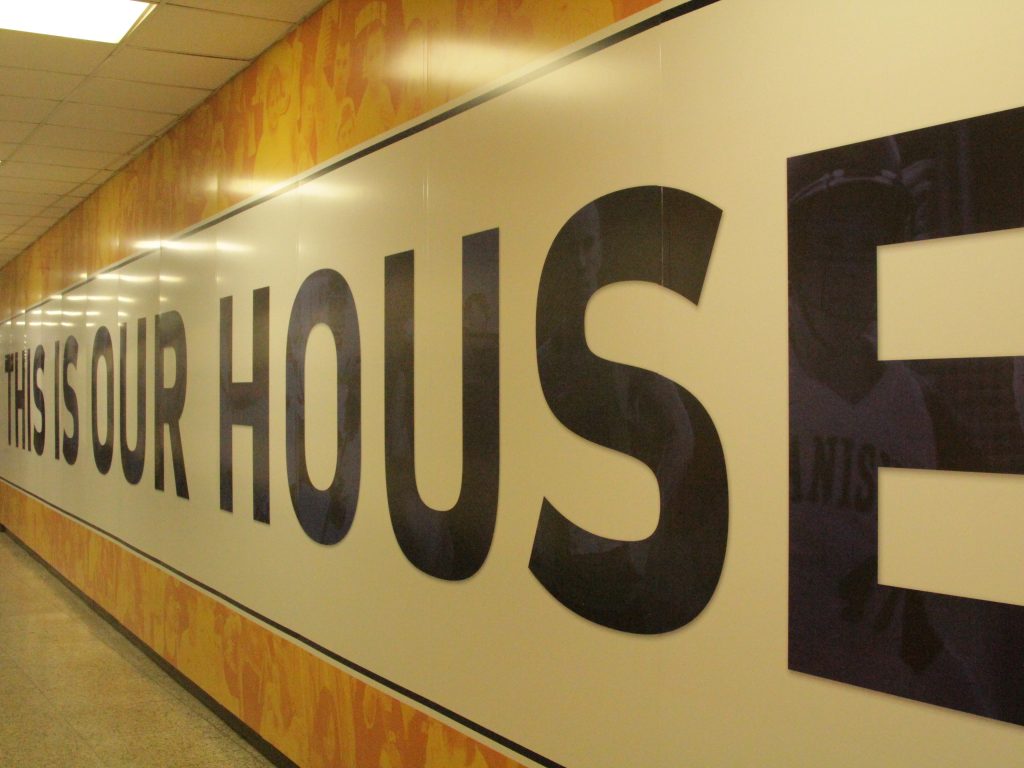 Further down the hall, signage hangs showcasing former student-athletes who accomplished great things in their professional careers. The signs also feature the Canisius “You Can” brand and highlight Canisius’ Jesuit tradition. 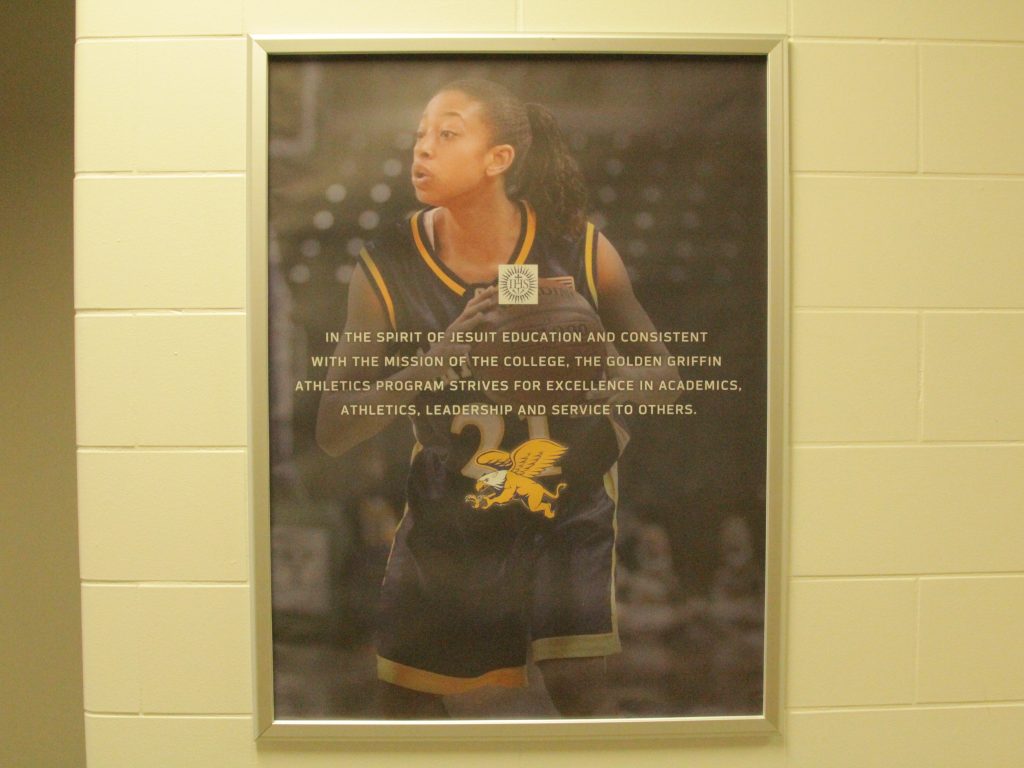 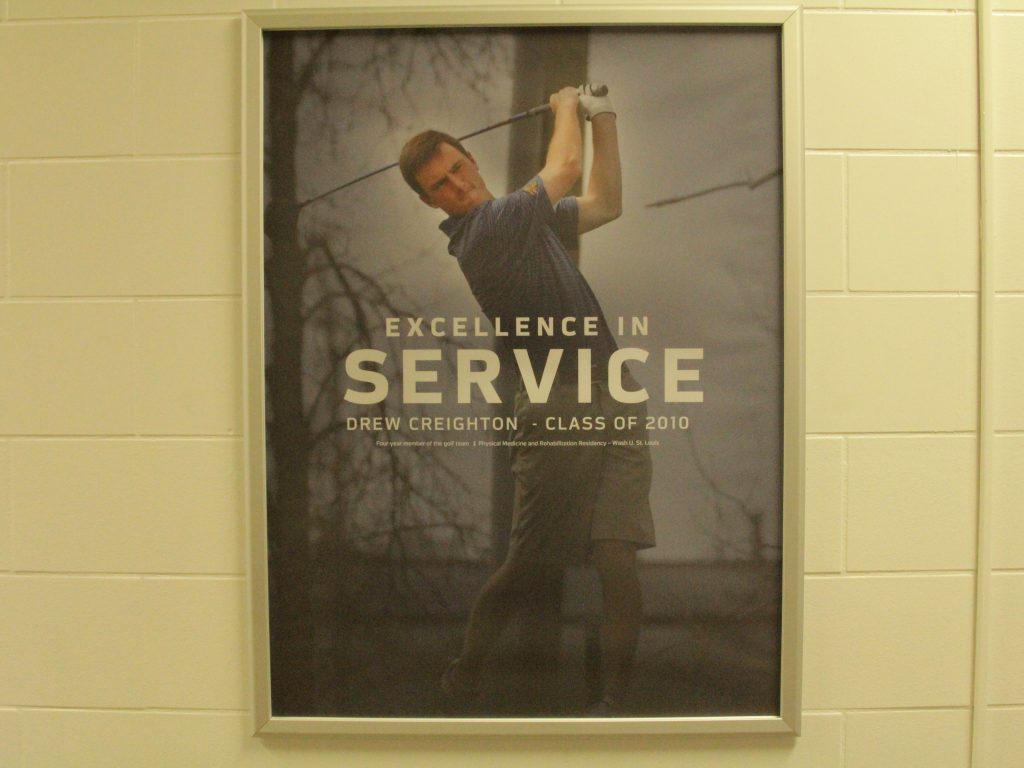 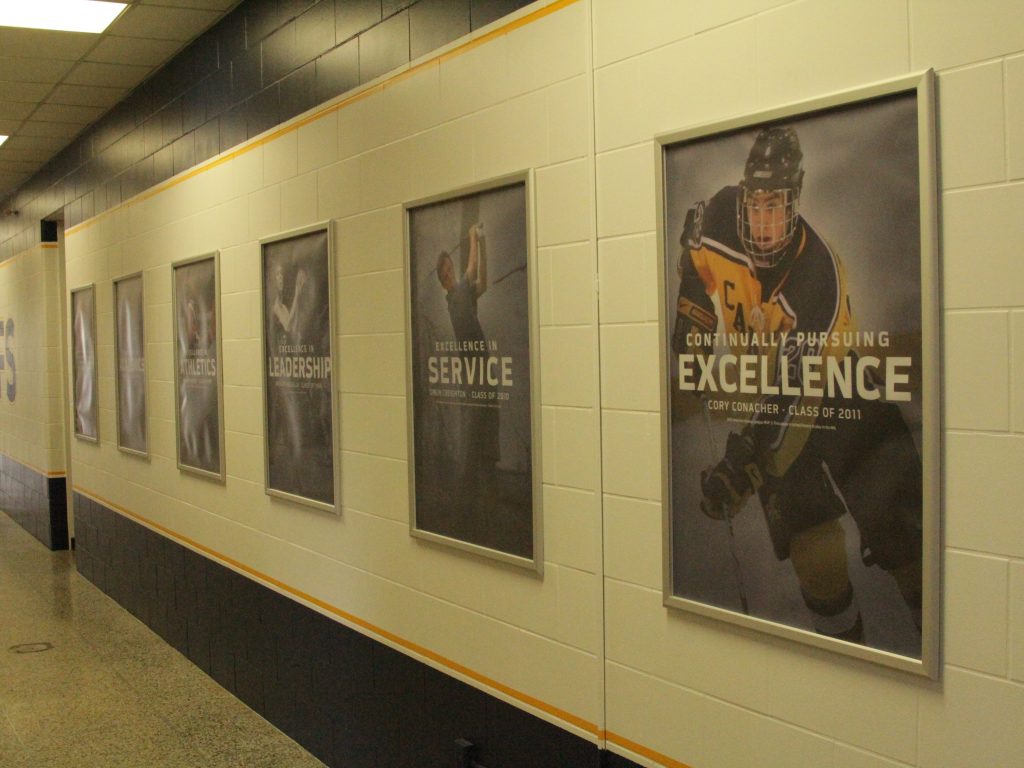 Two large images of the Canisius Golden Griffin, which are lit up by external lights at night, face Main Street on the front of the building. 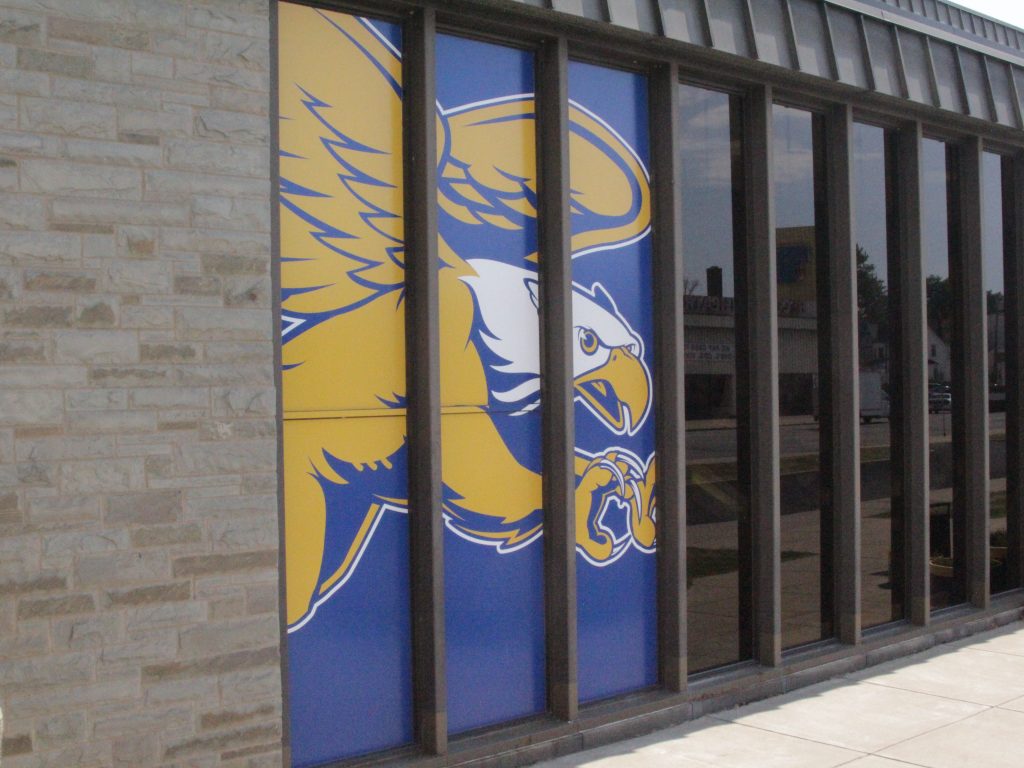 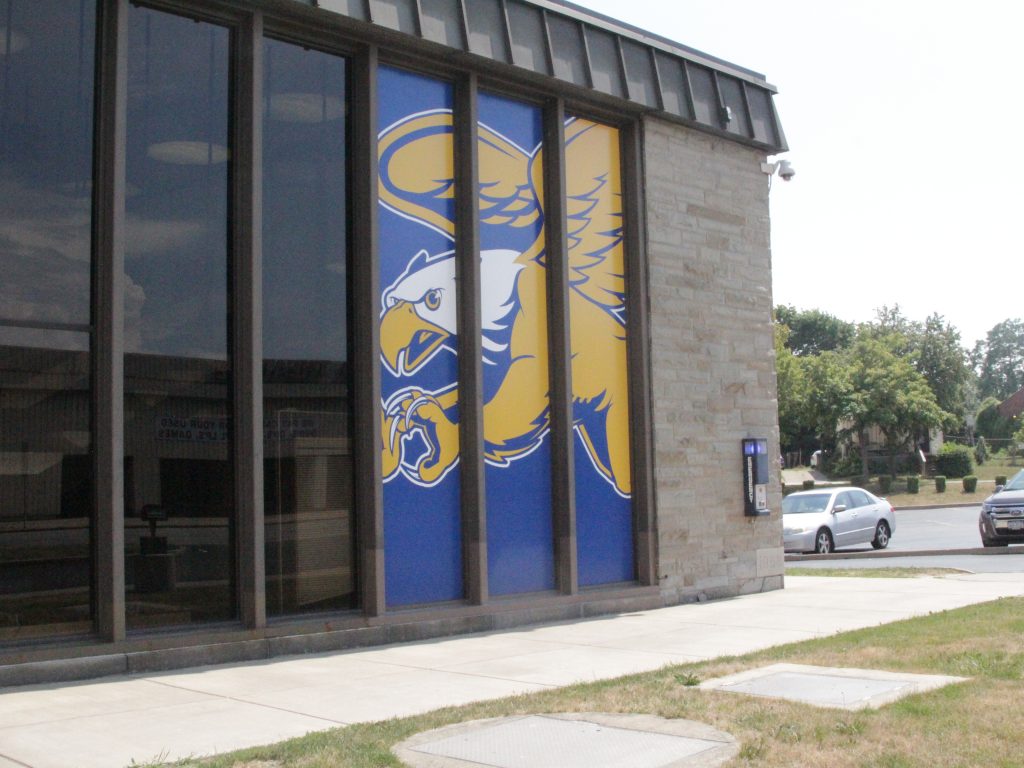 Other upgrades to be completed soon include a fully back-lit LED Canisius sign that will be on the front of the building facing Main Street and a major overhaul to the pool. A new filtration system, tiling and the installation of technology upgrades to accommodate a Division-I men’s and women’s swimming and diving program are being put into place during the semester.

Watch for the Slow Roll Buffalo bicycle ride scheduled to pass through the Hamlin Park neighborhood tonight, Monday, August 29 from approximately 6:30 p.m. – 8:30 p.m.  The group will ride along major streets including Main Street and Kensington.

The ride will have a Buffalo Police Department escort and will stop car traffic at intersections to allow the riders to pass. This can take 10-15 minutes. Drivers will be guided to alternate routes.

Slow Roll is a group bicycle ride (over 1,000 participants) that meets every Monday night and has expanded into a Global network of community rides. Each week the group takes a unique route throughout the city.

Slow Roll is for everyone – all ages, all skill levels and every type of bike. The group’s slow pace keeps everyone safe and gives riders a unique perspective of the city and its neighborhoods. To join Slow Roll Buffalo, contact Robert Brandon, Slow Roll Outreach at rbrandon@buffalo.edu.

The Office of Enrollment Management will conduct Canisius College training throughout the first two weeks of the fall semester. We would like to extend a warm invitation to all members of the campus community to attend the sessions.

The purpose of the event is to provide comprehensive training on Canisius College through brief presentations of academic and non-academic program offerings at the institution. This will assist community members representing the college in student recruitment, athletic recruitment, institutional advancement and provide general campus knowledge.

Please see the attachment for a detailed schedule of session topics and times.