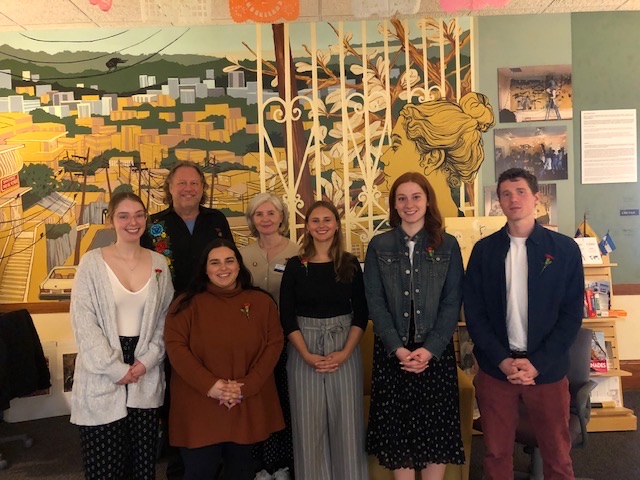 The initiation took place in Old Main 314 on April 20, 2022 where students received the membership insignia. Sigma Delta Pi’s insignia is the royal seal of Fernando and Isabel, representing Castilla, León and Aragón; its colors are red and gold, its flower the red carnation, and its motto the Greek phrase “Spanías Didagéi Proágomen” meaning “Let’s go forth/continue forth under the teaching/guidance of the Spanish language.”