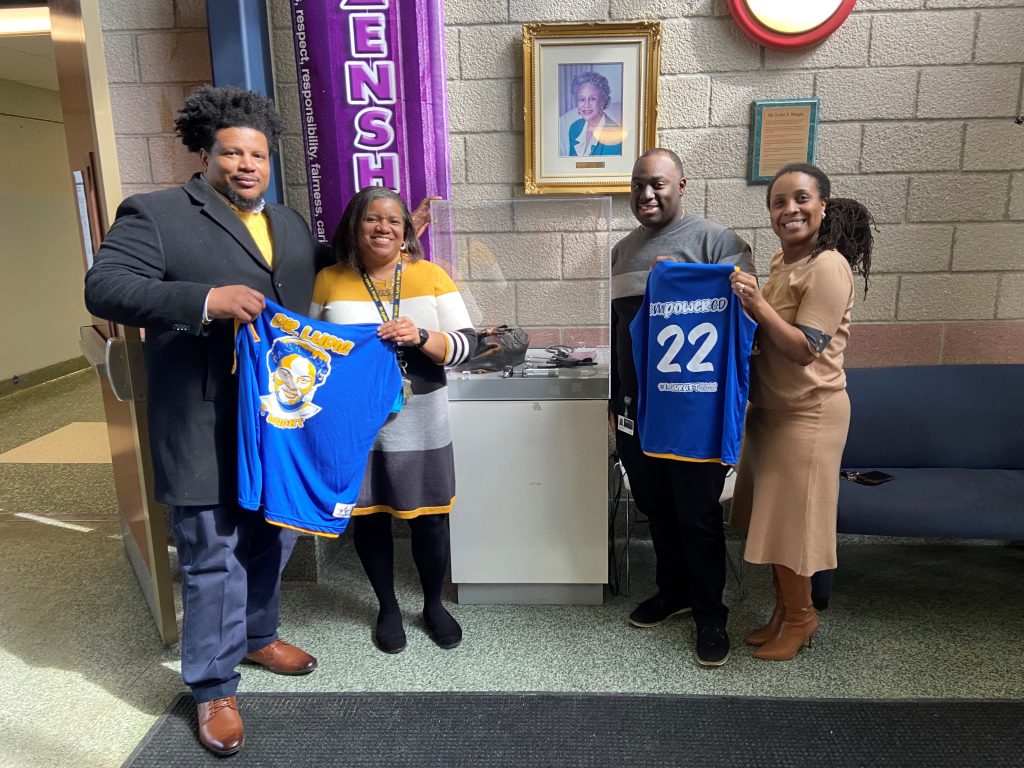 Canisius College is participating in the 2022 Women’s Empowerment Draft along with 60 elementary/high schools, colleges, and universities  https://www.youtube.com/watch?v=nTkNKUSONZA .

Dr. Lydia Tura Wright was born on May 5, 1922, in Shreveport, Louisiana. While still a child, Lydia and her sister, twin brothers, and mother, Parthenia Hickman Wright, moved to Cincinnati, Ohio, to join her father, Nathan, who was forced to flee Louisiana to escape lynching.

She attended the University of Cincinnati and Fisk University in Nashville. She received her medical degree from Meharry Medical College, also in Nashville. Dr. Wright completed her residency in New York City where she met her husband, Dr. Frank G. Evans. They were married in 1951, and relocated to Buffalo the following year.

Dr. Wright had several notable firsts on her resume. She was the first African American pediatrician and female physician in Buffalo. She also was the first black person appointed to serve on the Buffalo Board of Education, an office she assumed in May 1962. She served a five-year term on the Board, but declined a reappointment in 1967, noting that the education system was moving forward.

Dr. Wright was a family historian, having traced her family history to the 11th century, and developed a huge family history chart that proudly displays her lineage. She came from a long line of educators dating back to her grandparents. Her maternal grandmother was a teacher, as was her mother, who graduated from the University of Cincinnati. Her father was a graduate of Tuskegee Institute and her maternal grandfather, Dr. Benjamin Hickman, was one of the first blacks to practice medicine in Cincinnati.
(Uncrowned Community Builders)

On Friday, March 18, please stop by the ALANA Student Center to pick up a few surprises in honor of Dr. Lydia T. Wright.  Also, look out for our #WEdraft2022 campaign on social media (Facebook, Instagram, and Twitter) on Saturday, March 19th, as we highlight Dr. Wright.