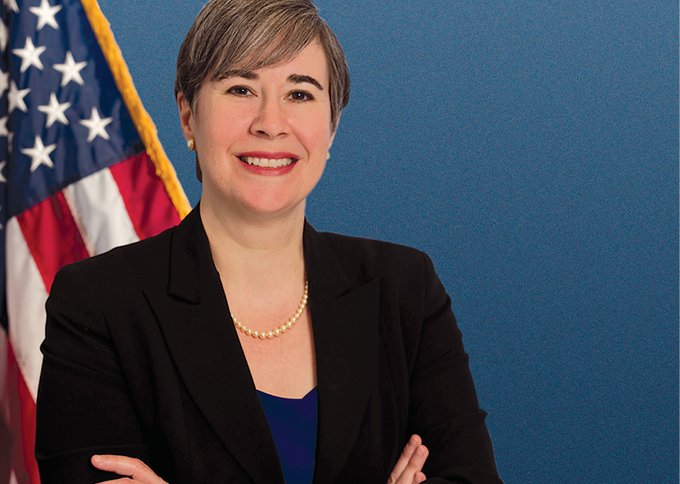 Kristen Kulinowski ’90, director of the Science and Technology Policy Institute (STPI), was recently named an American Chemical Society (ACS) Fellow in recognition of her outstanding achievements and contributions to science, the profession and ACS.

“Every year, ACS selects a small number of fellows on the basis of both professional accomplishments and service to the society,” says Kulinowski. “It is quite an honor to be welcomed into the ranks of such an impressive and select group of members.”  Kulinowski currently leads more than 40 researchers at STPI, a federally funded research and development center operated by IDA that provides analysis of national and international science and technology issues for the Office of Science and Technology Policy in the White House, the National Institutes of Health, and the National Science Foundation, among others. “I first became involved in ACS as a student affiliate at my alma mater, Canisius College, and have been a member ever since,” says Kulinowski.

Throughout her career, Kulinowski has remained engaged with ACS in a variety of ways, from service at the local chapter level, membership on a society committee, as a presenter and organizer of symposia, and in support of ACS’s public policy agenda.

As a leader in the drive towards safer chemistry, Kulinowski made significant contributions to the science and profession. She pioneered improvements in chemical and environmental health and safety through leadership in governmental, educational and policy organizations and through effective communication with policy makers and the public. She also maintained a steadfast commitment to managing the risks of hazardous materials, communicating science effectively and bridging the technical and policy worlds. Through her efforts, Kulinowski demonstrates a true passion for science communication. “Finding diverse ways to contribute my talents and energy to important problems is my proudest accomplishment,” says Kulinowski.  Kulinowski inspired ACS volunteers to engage effectively with policy makers through her exemplary service as a Congressional Science Policy Fellow, Chair of the Greater Houston Section, and member of the Committee on Chemistry and Public Affairs. She also served as an ambassador for communicating the many career options available to chemists outside of academia or industry.