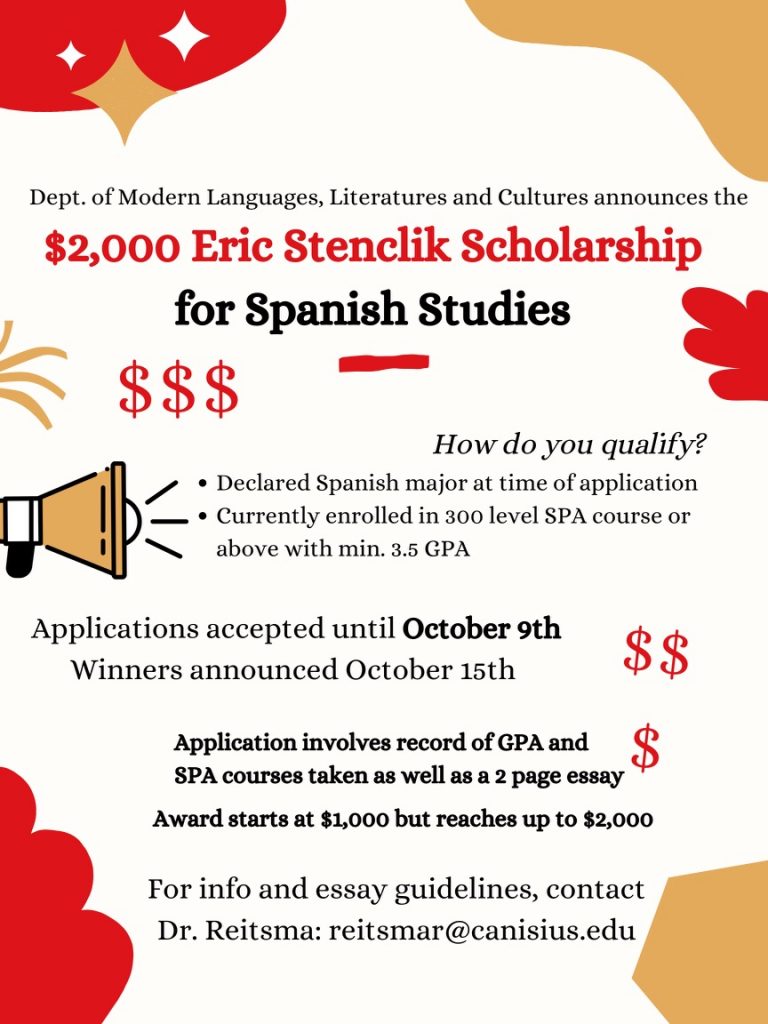 The Department of Modern Languages, Literatures and Cultures announces the Eric Stenclik Scholarship for Spanish Studies.  The annual amount varies but is not less than $1,000 per year and up to $2,000.  Students must be declared Spanish majors at time of application, currently enrolled in a 300-level course or above, and in good academic standing (3.5 GPA min).

To apply, submit a record of GPA and SPA courses taken, and a brief essay (in Spanish) of approximately two pages, explaining your interest in the study of Spanish, how you became involved in Spanish and your future plans. Include your name, your major(s) besides Spanish, your complete contact information, and your expected year of graduation.

For consideration, applications should be submitted no later than October 9.  Scholarship winners will be announced October 15.