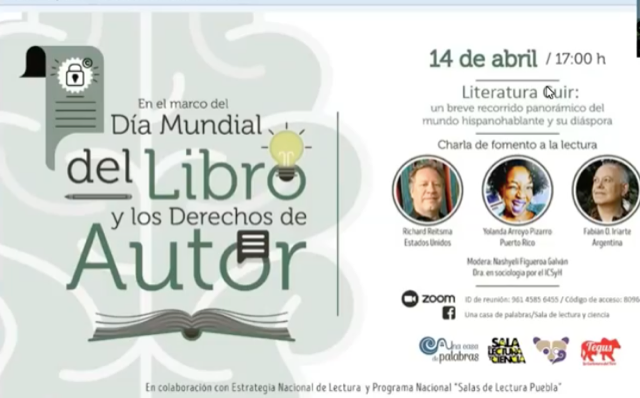 Richard Reitsma, PhD, chair of Modern Languages and associate professor of Spanish, was invited to present on “Queer Literature in the Spanish Speaking World and the Diaspora” for Una Casa de Palabras/Una Sala de Lectura (House of Words/Reading Room), a government initiative designed to foment reading in Mexico.

Guadalupe López, a former student of Reitsma’s from the master’s degree program in applied literature at Universidad Iberoamericana Puebla, one of Canisius’ sister schools in the Jesuit network, extended the invite. Rather than speak alone, Reitsma organized an international panel that included the Afro lesbian author, activist and educator Yolanda Arroyo Pizarro from San Juan, Puerto Rico, and the polyglot poet and scholar Fabián O. Iriarte from the National University of Mar del Plata, Argentina.  Both authors have participated in the Canisius LatinX/LGBTQ Speakers Series, which at Reitsma founded.

The international conversation was live-streamed through Facebook and had audience participants from across the Unites States and the Americas, from Seattle to Buffalo, down to Santiago de Chile and Mar del Plata, Argentina. The conversation is viewable here. Note that it is in Spanish without subtitles.