“Race and Ethnicity in the Ancient World”: Guest Lecture on Mussolini and the classical tradition 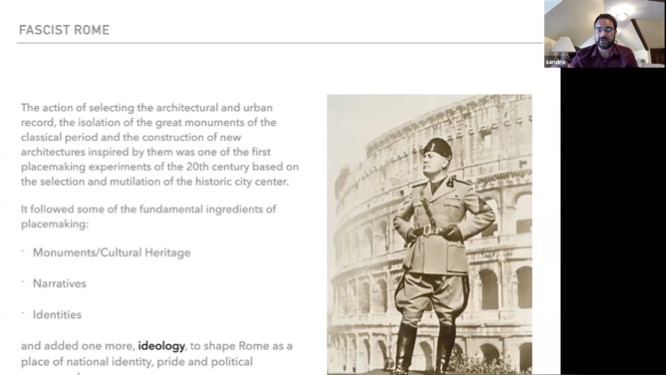 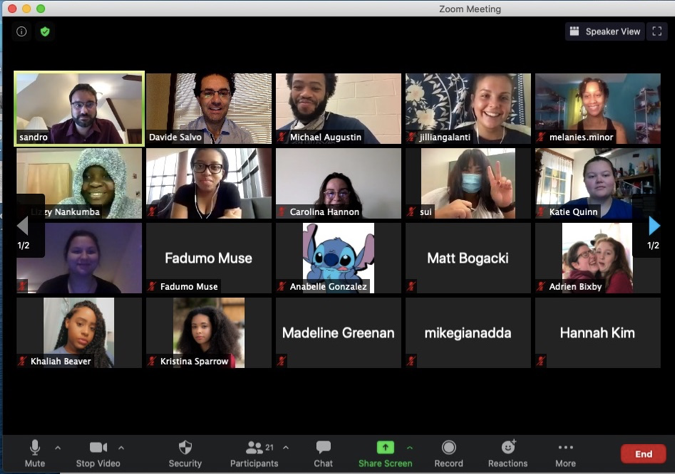 Alessandro Sebastiani, PhD, assistant professor of Roman Archaeology at SUNY Buffalo and member of the Institute for Classical and Medieval Studies (ICMS) at Canisius, delivered a virtual guest lecture in CLS 216: Race and Ethnicity in the Ancient World, taught by Davide Salvo, PhD, adjunct professor in the Department of Classics.

Sebastiani is currently writing a book on Mussolini’s use of classical architecture and archeology and shared part of his research for the book with students in the class. Sebastiani spoke about the concept of placemaking, ideological placemaking in the fascist regime, and how the classical tradition was used by Mussolini not only to create an Italian ethnic identity but also to give an ideological justification for fascist colonialism in Albania and Africa.

After the lecture, Sebastiani answered several questions from the students. Questions on fascism placemaking opened a discussion on current issues such as the debate on the legacy of the Confederacy and the symbolic meaning of Confederate statues and monuments in the U.S.