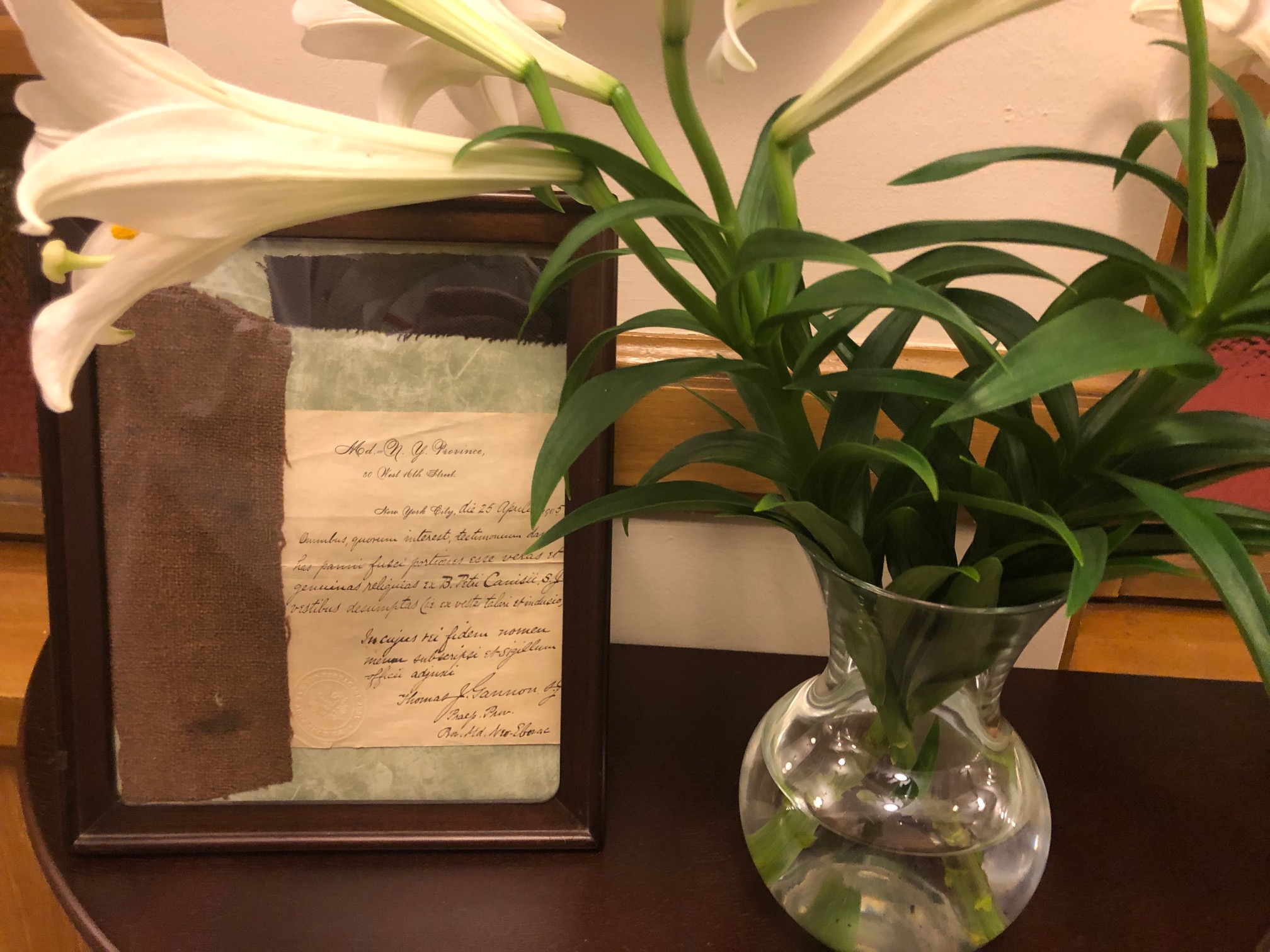 Monday, April 27 marked the Feast of St. Peter Canisius on the Jesuit calendar of saints, although the Catholic Church generally celebrates the Feast, of this doctor of the Church and leader of the Counter-Reformation, on December 21, the date St. Peter Canisius’ death.

The Canisius Jesuit Community has two mementos of Canisius’ life in its chapel (pictured above): They are two pieces of cloth believed to have been worn by Peter Canisius.  The brown cloth is believed to have been part of a cloak worn by the saint; the other, a part of one of the cassocks that he wore as a Jesuit priest.  These items were a gift to the late Jesuit American historian and former rector of the Canisius Jesuit community Rev. James J. Hennesey, SJ.