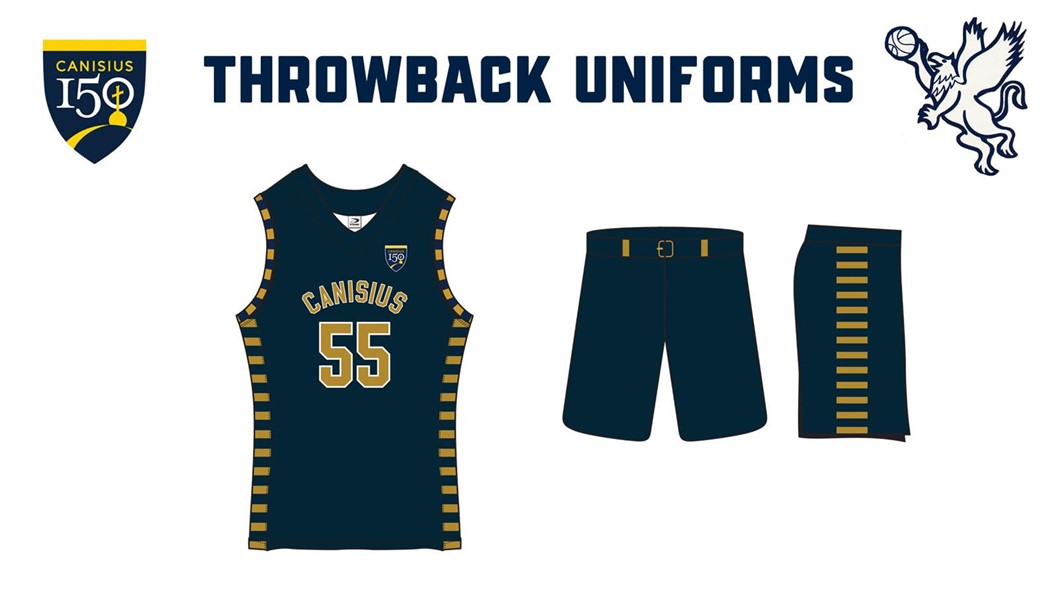 The Canisius men’s basketball team will celebrate the college’s sesquicentennial anniversary this weekend by sporting jerseys that are modeled after the 1940’s Golden Griffin uniforms. In addition, the All-Sesqui team will be introduced at halftime (see below for list).

Canisius and St. Bonaventure will celebrate a century of competing against one another on Saturday, November 23 at 2:30 p.m. at the Key Bank Center. Tickets are available at the Key Bank Center and on Tickets.com. Following the game, nationally ranked Division II Daemen College will compete against Wilmington (DE) University at 12:00 p.m.

The Griffs are coming off an exciting last-second win over Bucknell University on November 16, while St. Bonaventure upset Rutgers in its last game.

A pre-game reception will take place at 12:00 p.m. at the Labatt Brew House. Several members of the All-Sesqui team are expected to be in attendance.