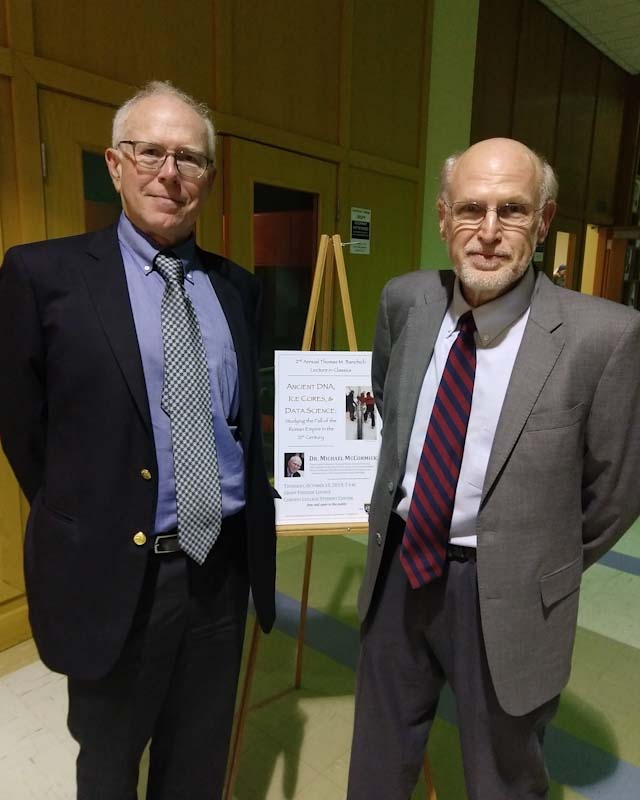 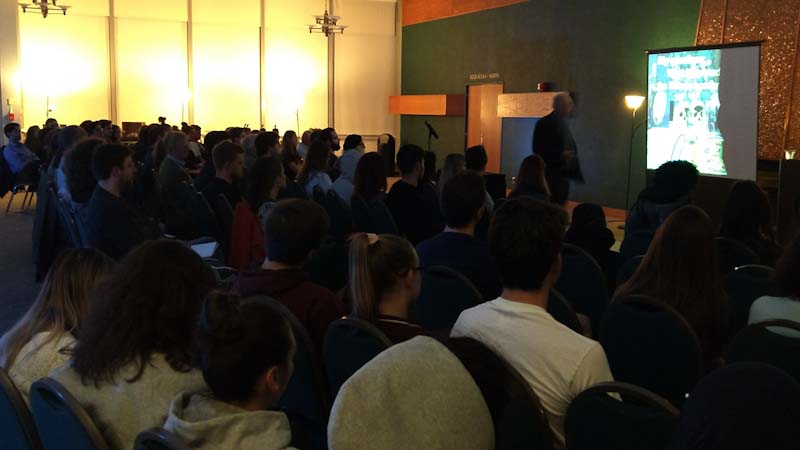 The Institute for Classical and Medieval Studies (ICMS) held its 2nd annual Thomas M. Banchich Lecture in Classics on Thursday, October 10. This year’s speaker was Michael McCormick, PhD, professor of medieval history at Harvard University. McCormick is also director of the Max Plank-Harvard Research Center for the Archaeoscience of the Ancient Mediterranean.

His research uses 21st century sciences, such as DNA sequencing and ice core analysis, to rediscover life in the ancient past. The October 10 talk reviewed how this technology revealed new facts about the era surrounding the fall of the Western Roman Empire. Some topics included diagnosing and tracing the spread of the plague, environmental effects due to mining and ore refinement, and climate change.