The Buffalo News photographed undergraduate commencement ceremonies on Saturday, May 18 at the Koessler Athletic Center. Click here to view the photo gallery.

Plenty of pomp and circumstance enveloped the Canisius campus last week as the college hosted Commencement Exercises.  Complete with all the splendor, speakers and excitement worthy of the Class of 2019, the celebratory event kicked off on Wednesday, May 15 with graduate ceremonies (pictured below).

Public Safety Officer Matthew Srodawa gives a celebratory smile as he prepares to process during Graduate Commencement Ceremonies on Wednesday, May 15. Srodawa earned his MBA.

This past year marked the 100th anniversary of the partnership between Canisius College and the U.S. Army.

The formation of the Student Army Training Corps, a body formed principally to train specialists for the U.S. Army made its debut at Canisius in 1918 and later transformed to ROTC in the 1950s.

In recognition of the century-old partnership, the ROTC Class of 2018-19 presented Canisius President John Hurley with a framed photograph that includes a very weathered picture of the 1918 Student Army Training Corps alongside a replicated version of the same picture, featuring the Canisius College ROTC class, 100 years later.

2nd Lt. Michael Sanzone ’19 presents Canisius President John Hurley with a framed portrait of the 1918 Student Army Training Corp and the 2018-19 ROTC class. This past year marked the 100th anniversary of the partnership between Canisius College and the U.S. Army.

Also on Friday, academic departments across campus acknowledged the exceptional scholarly efforts of graduating seniors during Spring Honors Convocation.  More than 94 academic awards were conferred to those top achieving undergraduates.

Following Spring Honors Convocation, students, families and faculty made their way to the Koessler Athletic Center for Baccalaureate Mass (pictured below). This time-honored religious service is largely planned by Canisius students to recognize the achievements of the graduating seniors and to reflect on their personal and spiritual growth throughout their four years at Canisius.

Commencement 2019 culminated on Saturday, May 18 when the college conferred more than 450 degrees to students from the Wehle School of Business, the College of Arts & Sciences and the School of Education & Human Services (pictured below).

The undergraduate Class of 2019 celebrates during Commencement Ceremonies on Saturday, May 18, 2019.

Humanitarian David N. Campbell, co-founder and chair of All Hands and Hearts – Smart Response, addressed the undergraduate class.  He was also one of five to receive an honorary doctorate during undergraduate commencement.

For the eighth year, Canisius College students are participating in an International Education Internship at the Jesuit Colegio San Ignacio in Oviedo, Spain. They teach English in pre K – 12 classrooms and provide immersion activities such as an American Week celebration highlighting American culture, as well as a three-day English Immersion Camp at a Jesuit castle on the Cantrabica coast. This year, students are also participating in community events, volunteering with a social services group called Cruz des Los Angeles and participating in a Walk for Cancer fundraiser. 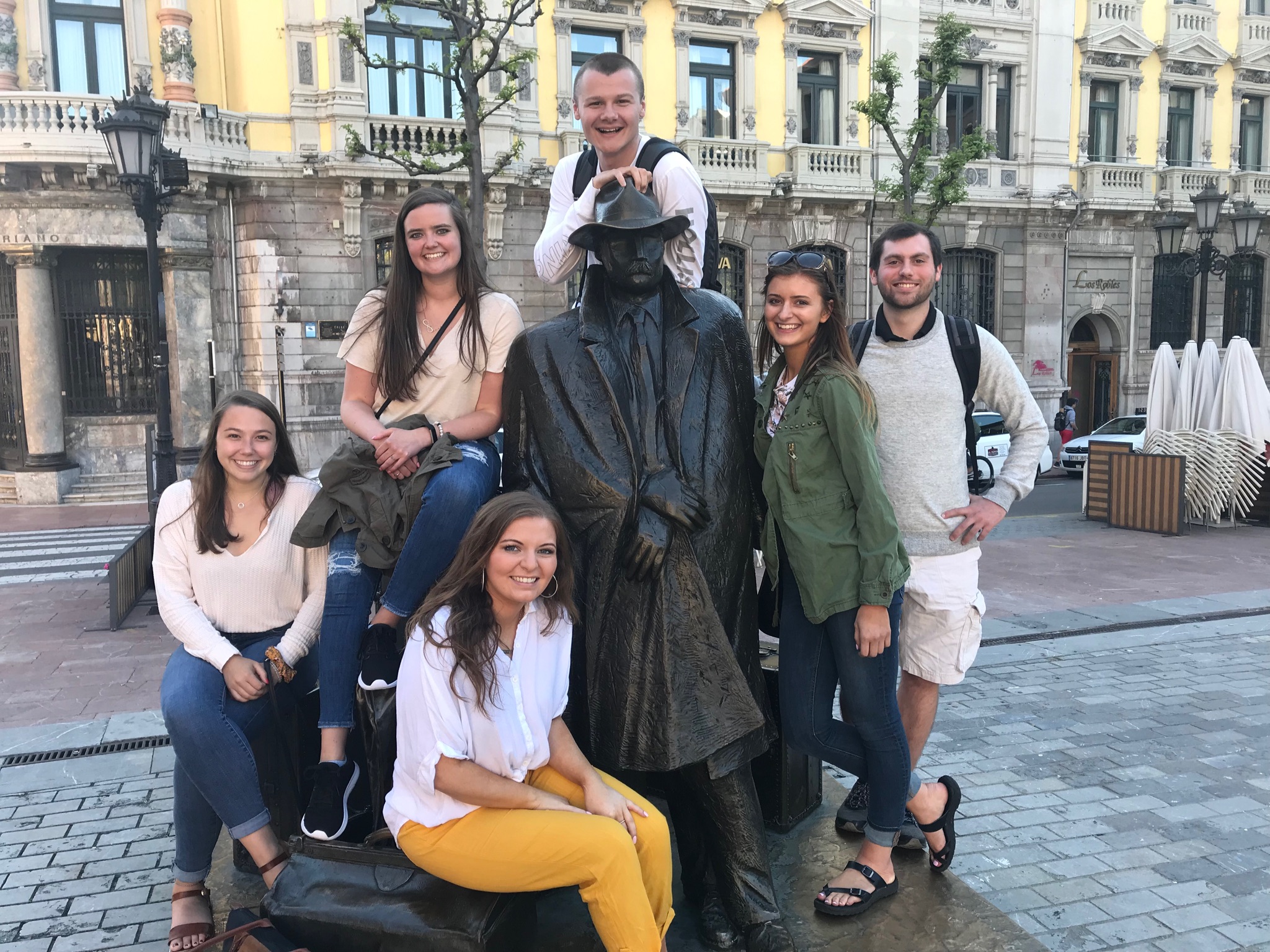 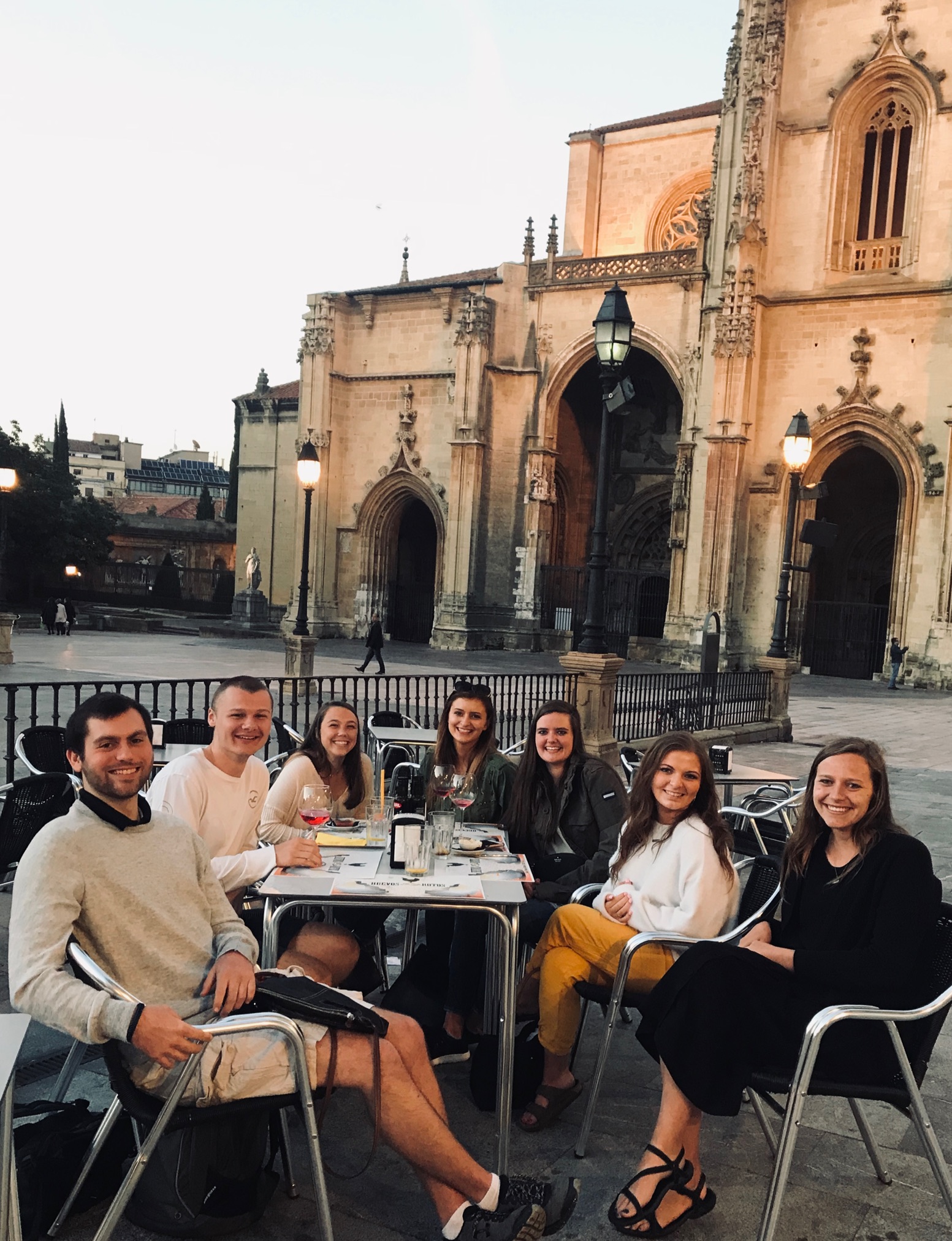