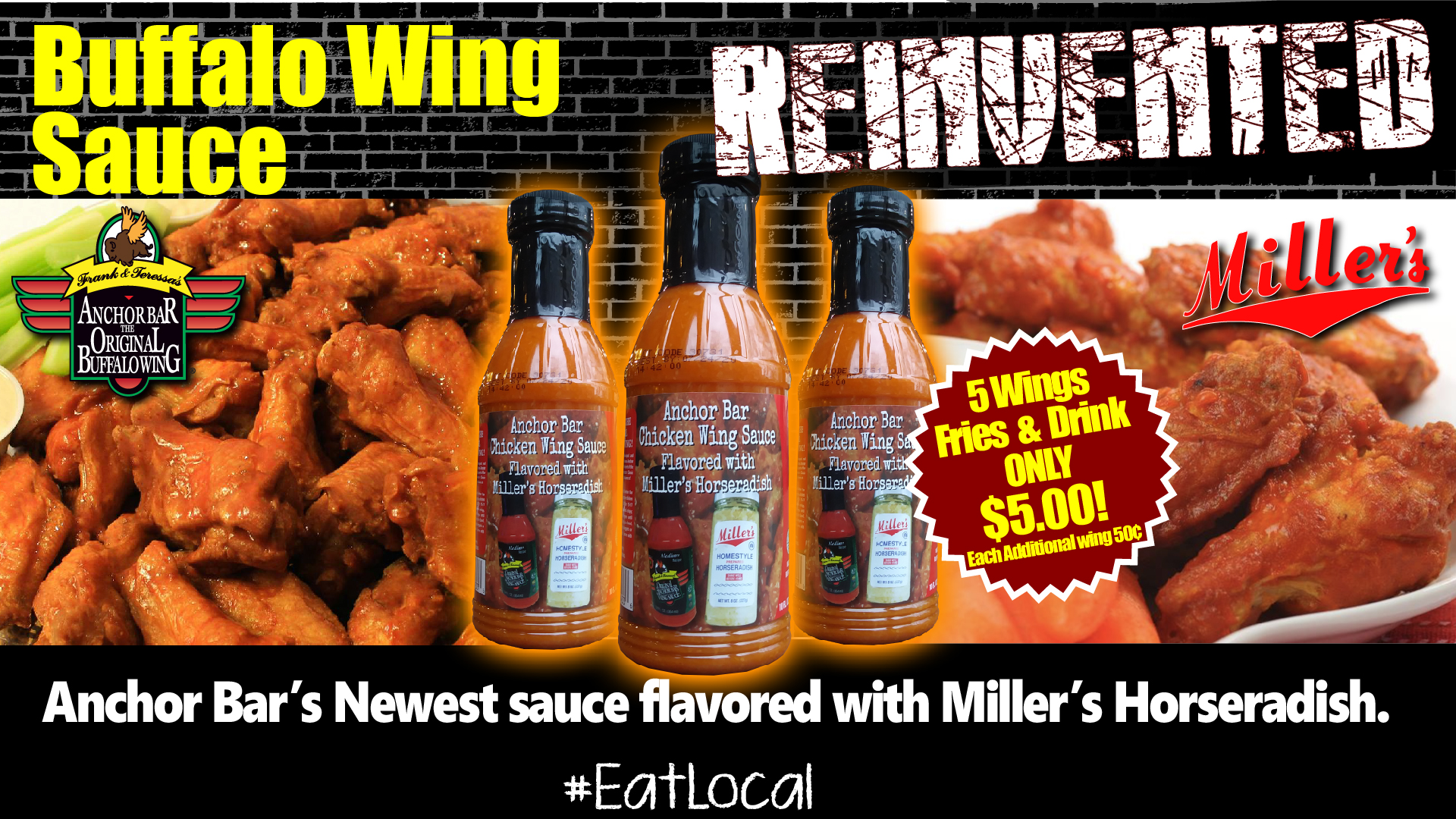 Anchor Bar, in collaboration with Miller Foods, has re-invented the Buffalo wing. Join Chartwells on Friday, March 1 in the dining hall for a “Buffalocal 5 Dollar Friday” as it introduces a new Anchor Bar wing sauce flavored with Miller’s horseradish. This fiery and flavorful sauce puts a brand new spin on this beloved Buffalo staple and regional claim to fame. Get five wings, fries and a drink for only $5! Additional wings will be 50 cents each.

In 1964, Dominic Bellissimo was tending bar at the now-famous Anchor Bar Restaurant in Buffalo. Late that evening, a group of Bellissimo’s friends arrived at the bar with large appetites. He asked his mother, Teressa, to prepare something for his friends to eat. They looked like chicken wings, a part of the chicken that usually went into the stock pot for soup. Teressa had deep fried the wings and flavored them with a secret sauce. The wings were an instant hit and it didn’t take long for people to flock to the bar to experience the new taste sensation. From that evening on, Buffalo wings became a regular part of the menu at the Anchor Bar. The phenomenon created in 1964 by Teressa Bellissimo has spread across the globe.