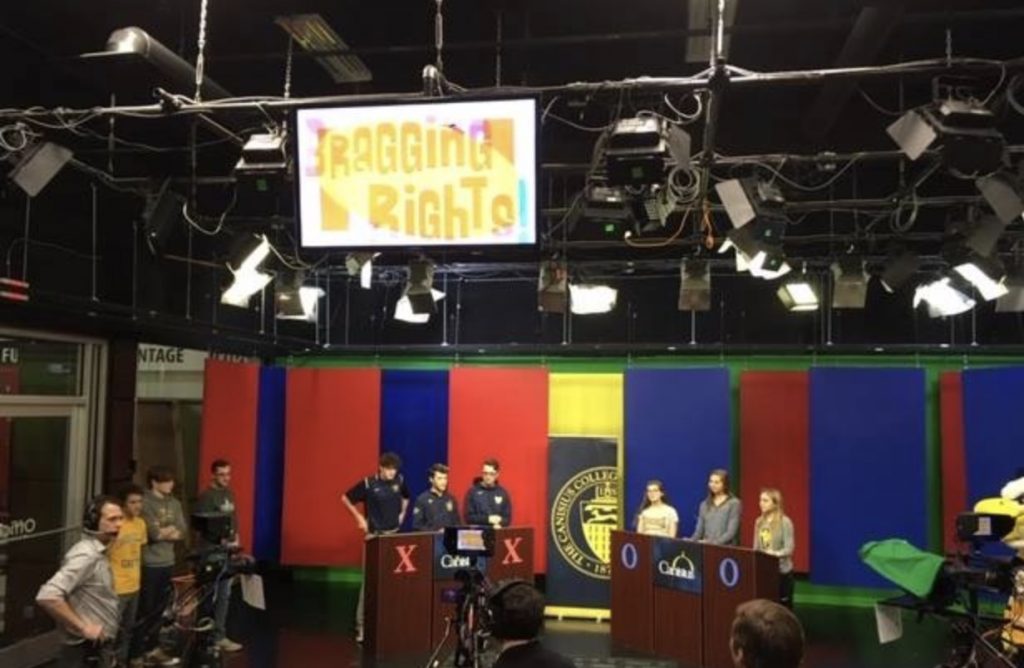 Tune in to WBBZ-TV over the next couple weeks to cheer on your favorite Canisius teams competing on the game show “Bragging Rights.” Students in Professor Barbara Irwin’s “Broadcasting in America” class produced four of the upcoming episodes, which pits two teams of three against one another in a race to answer trivia questions on a variety of subjects.

Here are the teams scheduled to compete:

Petey, the college mascot, also makes an appearance on the game show as does Matt Gorczyca, assistant director of the Canisius Fund, who served as a guest score keeper.