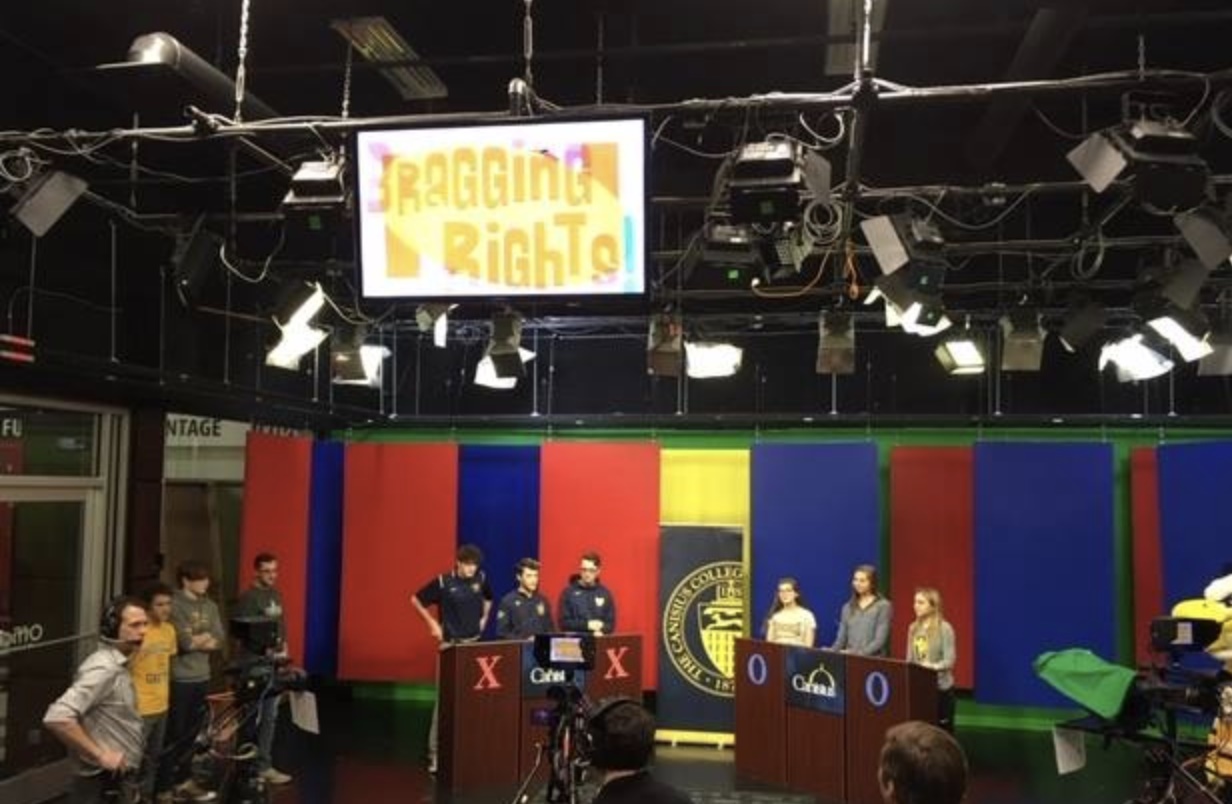 Talk about your hands-on learning.

Students in Professor Barbara Irwin’s “Broadcasting in America” class were running the show – literally – last Tuesday, November 13 when they produced four upcoming episodes of “Bragging Rights.”  The quiz show airs on WBBZ-TV and pits two teams of three against one another in a race to answer trivia questions on a variety of subjects, with a classic twist, in keeping with the theme of the MeTV network programs that air on WBBZ-TV.

As producers of the program, students were required to secure eight teams to participate in the upcoming episodes.  Canisius was well-represented. Among the college teams battling it out for bragging rights: baseball vs. cross country and track; the Undergraduate Student Association vs. the Golden Griffin Great Grads; The Griffin newspaper vs. FUSION; and the English Department faculty vs. Griffins’ Best, a group of unaffiliated students. Even Petey, the college mascot, made an appearance on the game show.  Guest score keepers also hailed from Canisius.  Sandy Miller, director of corporate and foundation relations, and Matt Gorczyca, assistant director of the Canisius Fund tallied up the points for each team.

But you’ll have to wait to see who prevails with bragging rights.  The Canisius episodes aren’t scheduled to air until November 27, November 28, December 4 and December 5, at 8:00 p.m. on WBBZ-TV.