“The Movement to Restore Trust” in the Diocese of Buffalo 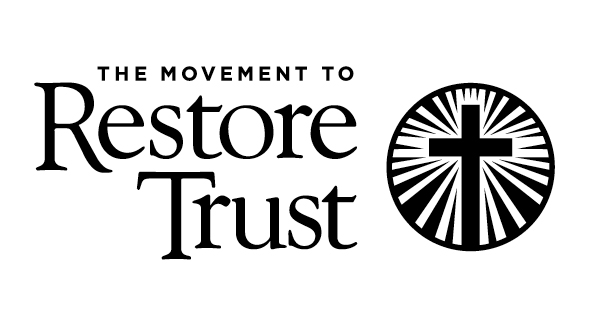 “The Movement to Restore Trust,” the formal name of the initiative founded by nine Catholic lay people in the Diocese of Buffalo, announced details for a Wednesday, November 28 symposium at Canisius College and a follow-up workshop at the college on Saturday, December 8.

The symposium, entitled “Restoring Trust: A Path Forward for the Roman Catholic Diocese of Buffalo,” will feature the following panelists in a discussion to be moderated by Canisius College President John J. Hurley:

The symposium, scheduled for 7:00 p.m. in the college’s Montante Cultural Center, is described as a respectful dialogue on what has been done and must now be done to protect the vulnerable, hold leaders accountable, and begin to reform, renew and heal the Church in Buffalo. It will feature a moderated discussion among the four panelists with opportunity for questions from the audience.  The symposium is sponsored by “The Movement to Restore Trust,” which is not sponsored by or affiliated with the Diocese of Buffalo. The event is open to the public but seating is limited. The doors will open at 6:00 p.m.

“This is an exceptional group of panelists who have much to offer on the sex abuse scandal in the Catholic Church and the role laity can play in bringing about justice for sex abuse survivors and healing for a Church scarred by scandal,” said Hurley. “Our panelists bring both a national and local perspective to the issues. We look forward to having Canisius serve as a gathering place for Catholics in the diocese – both lay and ordained – as we seek to listen, learn and discern next steps in our path forward.”

“The Movement to Restore Trust” also announced a follow-up workshop at Canisius to be held Saturday, December 8 from 9:00 a.m. – 12:00 p.m. in Science Hall. Attendees will be asked to participate in opening sessions involving specific concerns arising out of the sex abuse scandal and to form work groups to develop concrete proposals for reform.

“We felt that it was imperative to have some immediate follow-up from the Wednesday, November 28 symposium so that Catholics are assured that this is an initiative committed to action and real reform,” said Hurley.