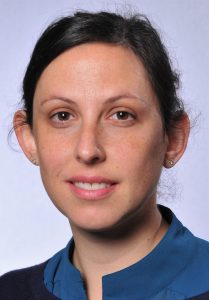 The Chemistry and Biochemistry Department at Canisius College is delighted to announce that Emily Weiss, PhD, professor of chemistry and materials science and engineering at Northwestern University, will be presenting the 2018 Paul Gassman Memorial Seminar on Thursday, October 4 at 1:00 p.m. in the Montante Cultural Center. The title of the seminar is “Visible Light Photocatalysis with Colloidal Quantum Dots.” Professor Weiss will also be presenting a more advanced seminar for Canisius junior and senior chemistry and biochemistry majors at 3:30 p.m. in Horan-O’Donnell Room 107 (“Hierarchical Photocatalysis”).

Paul Gassman, PhD, was a distinguished alumnus of the college and a major benefactor who established an endowment for a lecture series. Dr. Gassman died prematurely in 1993 and this seminar series was established in his honor. The Gassman Memorial Seminar series provides opportunities for science majors in the beginning of their college studies to meet with and hear a renowned chemist discuss their research and the impact of their work on our environment and society.

Professor Weiss is a leading researcher in understanding the mechanisms by which energy is converted from one form to another within inorganic nanostructures, and how organic molecules can be used to control which pathway the system takes. The model system that she uses most often in her research is a colloidal semiconductor nanocrystal, or quantum dot (QD). Recently, she developed new reaction schemes that take advantage of the unique properties of QDs and designed novel quantum dot – based sensors that enable “fast” (nanosecond to microsecond) sensing of biological processes. In addition, she has made major contributions to lowering the cost of solar energy by replacing inefficient crystalline silicon in photovoltaic cells with more efficient and less expensive mixed dimensional (MD) van der Waals (vdW) heterostructure materials.

Submitted by: Mariusz Kozik, professor, Department of Chemistry and Biochemistry