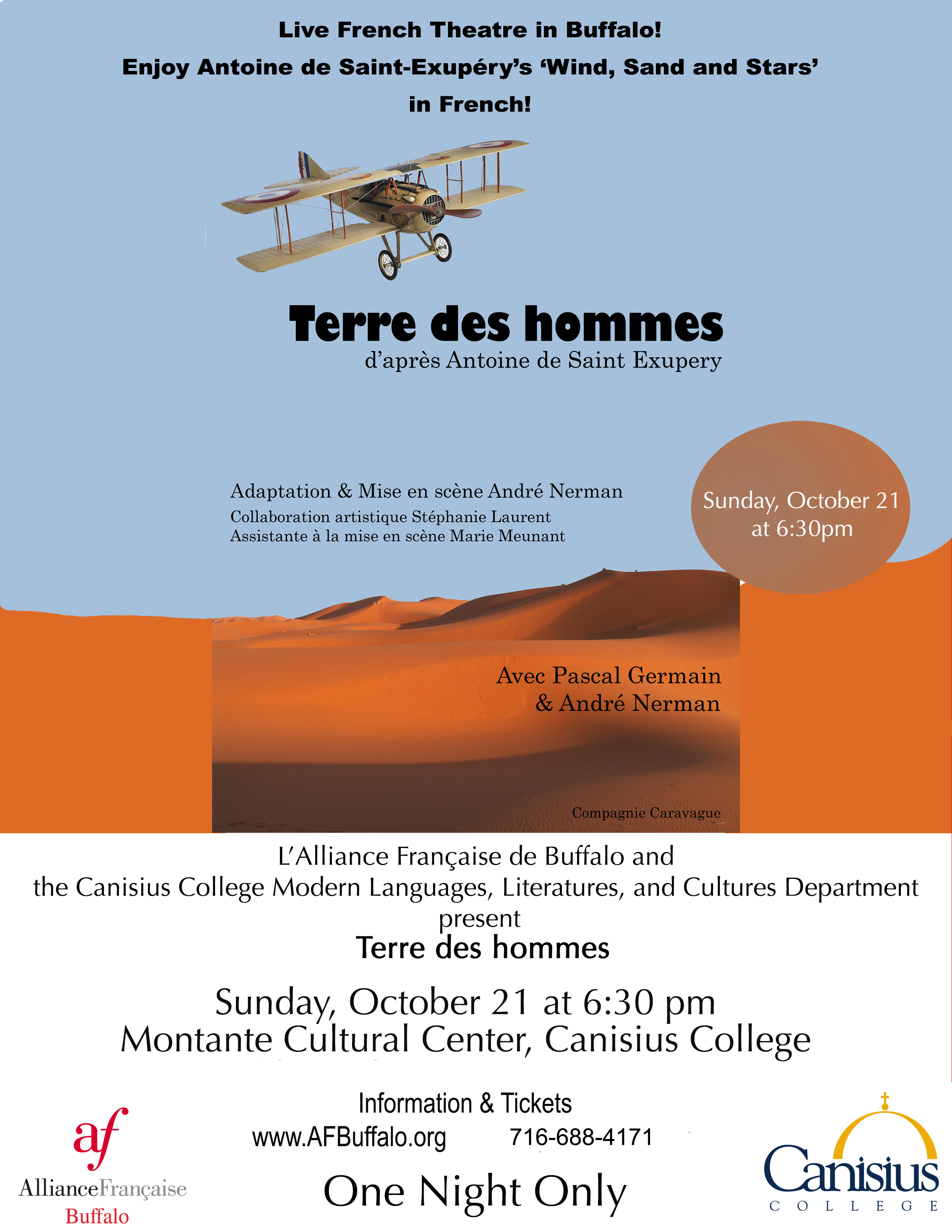 L’Alliance Française de Buffalo and Canisius College’s Department of Modern Languages, Literatures and Cultures are teaming up to present a play by Antoine de Saint Exupery: “Terre des hommes” (the English language version is known as “Wind, Sand and Stars”). This play will be performed in French by La Compagnie Caravague on Sunday, October 21 at 6:30 p.m. in Canisius College’s Montante Cultural Center.

The two-man play is a memoir in which themes of friendship, death, heroism and solidarity among colleagues are featured along with ideas of what really makes life worth living. André Nerman’s La Compagnie Caravague, a theatre troupe based in France, will include Buffalo on its North American tour this year.

Being fluent in French is not a requirement for enjoying this performance and English subtitles will NOT be available. If you haven’t attended a French performance yet, give it a try and bring a friend while you’re at it. Tickets can be purchased online from the website of Alliance Française de Buffalo at www.afbuffalo.org. Pre-purchased tickets will be held at the door. Tickets purchased in advance (by October 18): AFB members: $10; non-members/general public: $15; and students: $5. Tickets at the door: AFB members: $15; non-members/general public: $20; and students: $5. Canisius College student tickets: $2.