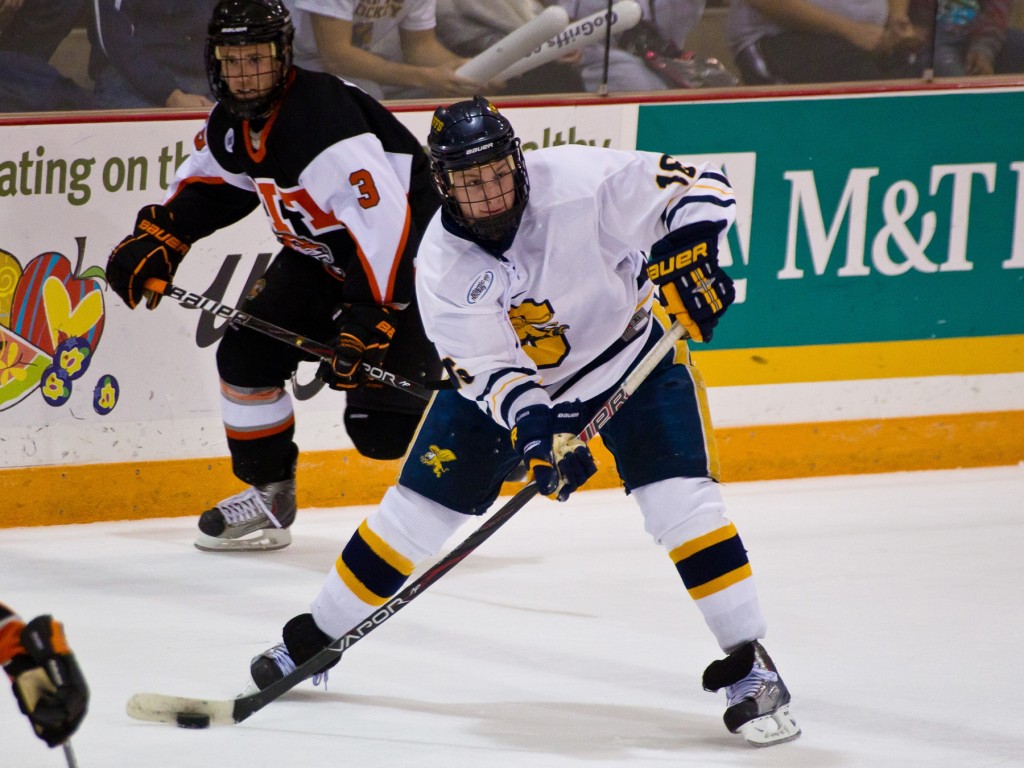 The Canisius College Golden Griffins Men’s Hockey Team has re-signed a five year deal with downtown Buffalo’s HarborCenter. The team has extended its record to 70-62-21 since breaking ice at the facility back on October 31, 2014 against nationally-ranked Ohio State. The Griffs begin their season on Friday, October 12, with their home opener on Friday, October 19 against Air Force.