Save a Building; Save a City 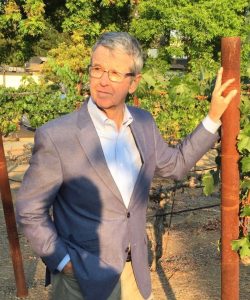 September 4, 2018.  Quinan’s talk, entitled “Frank Lloyd Wright’s Darwin D. Martin House: Save a Building; Save a City,” is scheduled for 2:30 p.m. in the Regis Room of the Richard E. Winter Student Center.

Quinan will begin his lecture by placing the clients (Darwin Martin, John Larkin and other members of the Larkin Soap Company) in the context of Buffalo at the turn of the 20th century. He’ll then examine the circumstances that led the clients to engage a 35-year-old Chicago architect, Frank Lloyd Wright, to design the building. The significance of the house will be articulated in terms of Wright’s revolutionary Prairie House ideal but the real story will be about how the Martin house – abandoned in 1937 and in semi-ruinous condition by the 1950s – became the focus of a $60 million restoration effort that helped awaken the city of Buffalo from its long slumber.

This lecture is free and open to the public. To learn more about this event and other exciting lectures, concerts and recitals, visit www.canisius.edu/artscanisius or contact Professor Yvonne K. Widenor, director of ArtsCanisius, at widenory@canisius.edu