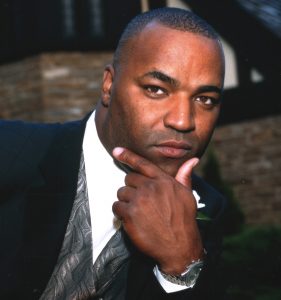 The smooth, sultry vocals of Public Safety Officer Allen (Al Wood) Callwood MSEd ᾽19 are featured on the outro (conclusion) of Drake’s new single, “After Dark.”  Callwood is the former host of the Quiet Storm with Al Wood on 93.7 WBLK. He has also worked for NPR in Binghamton/Ithaca, WKBW-TV, CBS Radio and Townsquare Media. A New York State certified teacher, Callwood is in the master’s program in educational leadership and supervision at Canisius.

The new release “dropped” on Thursday, June 28 and is available on Apple Itunes, Amazon and other streaming services and will be available on CD.

Read a story here from The Buffalo News which includes the clip of Callwood’s vocals.