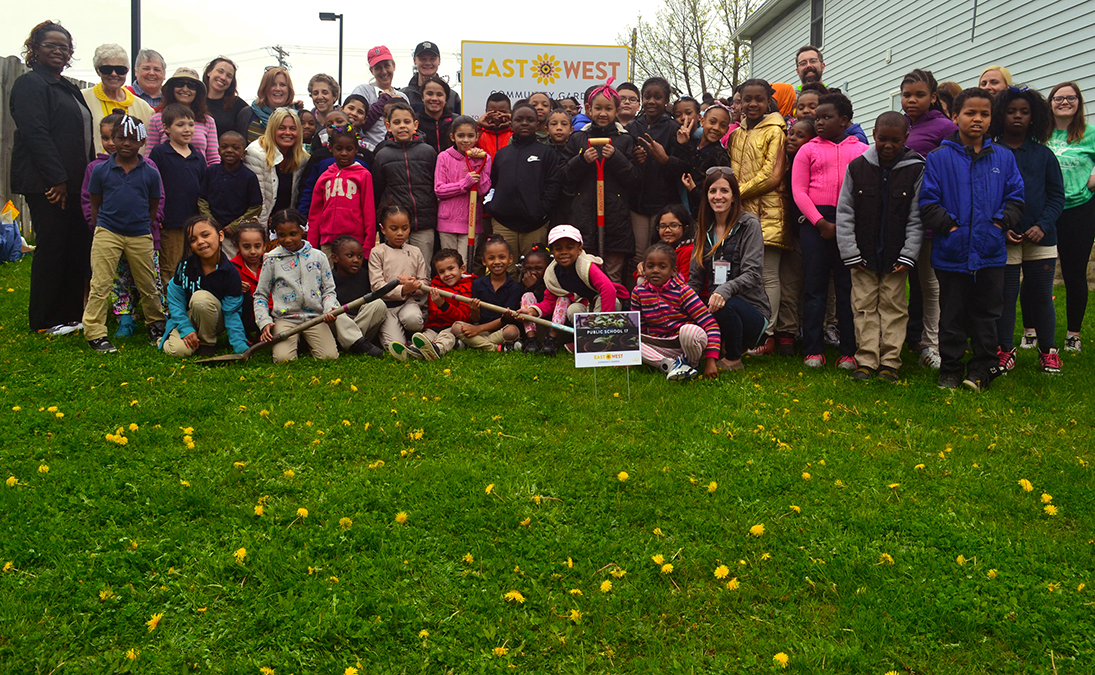 Students and teachers from PS #17 joined members of the Canisius community at the East West Community Garden. 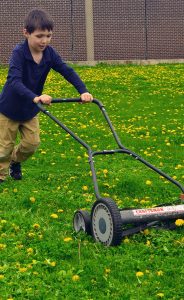 The Canisius East West Community Garden group recently gathered to finish construction of the garden boxes and cut the lawn with a manual mower (no gas mover was used!). Children and their teachers from PS #17 participated and had a wonderful time digging in the soil, finding worms and insects and experiencing the wonders of the outdoors.  Neighbors, as well as representatives from the Oxford Block Club and the Congolese community lent a hand to dig holes for the bed frames.

The community garden at 1032 Lafayette Avenue is a cooperative garden on Canisius’ campus in partnership with the Oxford Square Block Club, PS #17, PS #74, the Congolese Refugee Communities and others. This garden is at the center of the college’s sustainability initiative. It is a place where Canisius community members, students and neighbors can meet, play, work on their raised beds, grow food, eat food and get to know one another. We have a lot to learn from each other!

Read more about the garden here.

Double click on the photo to the left to make it appear full size.

Dugan is front and center for Stanley Cup playoffs

Eileen Dugan, theatre-artist-in-residence and director of Little Theatre, is being called the “Goddess of the Golden Knights.” She has been doing voice overs during the playoffs for the NHL’s Las Vegas Golden Knights and voiced the the elaborate pre-game show for game one of the Stanley Cup finals between the Golden Knights and the Washington Capitals.  A local actor, director and voice over talent, Dugan says when asked by the team if she could do a “Game of Throne-sy” type of voice, she said ‘of course I can!’

Dugan was interviewed by several major media outlets, including Hockey Night in Canada.

Listen to the 97 Rock story here.

Director of Mission and Identity Appointed 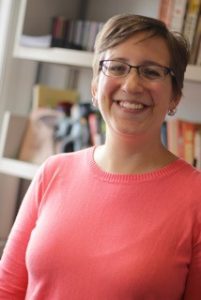 It is my pleasure to announce that Sarah Signorino ᾿04, MS ᾿08,᾿12 has been appointed director of Mission and Identity beginning July 9, 2018.

Sarah has worked in campus ministry for 12 years, most recently as the assistant director.  She participated in more than 20 service immersion trips with Canisius and, in her previous role as co-director of the Be the Light Youth Theology Institute, Sarah focused on building community partners and advocating for social justice in Buffalo.

Sarah is the recipient of the I. Joan Lorch Award, the Dr. Martin Luther King Jr. Award, and the Cyril O. Schommer, SJ, Memorial Prize in Religious Studies. She is a member of the Di Gamma and Alpha Sigma Nu Honor Societies.

Please join me in congratulating her on this appointment! 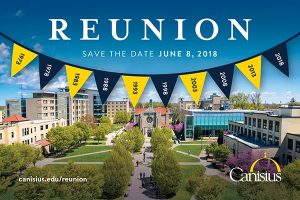 To register, call the Alumni Office at Ext. 2700 or click here. 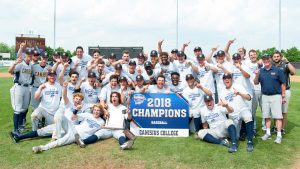