Bill Maher ᾿89, director of athletics, was quoted in an Inside Higher Ed article that examined whether the formation of an NCAA basketball commission would achieve real reform in men’s basketball. 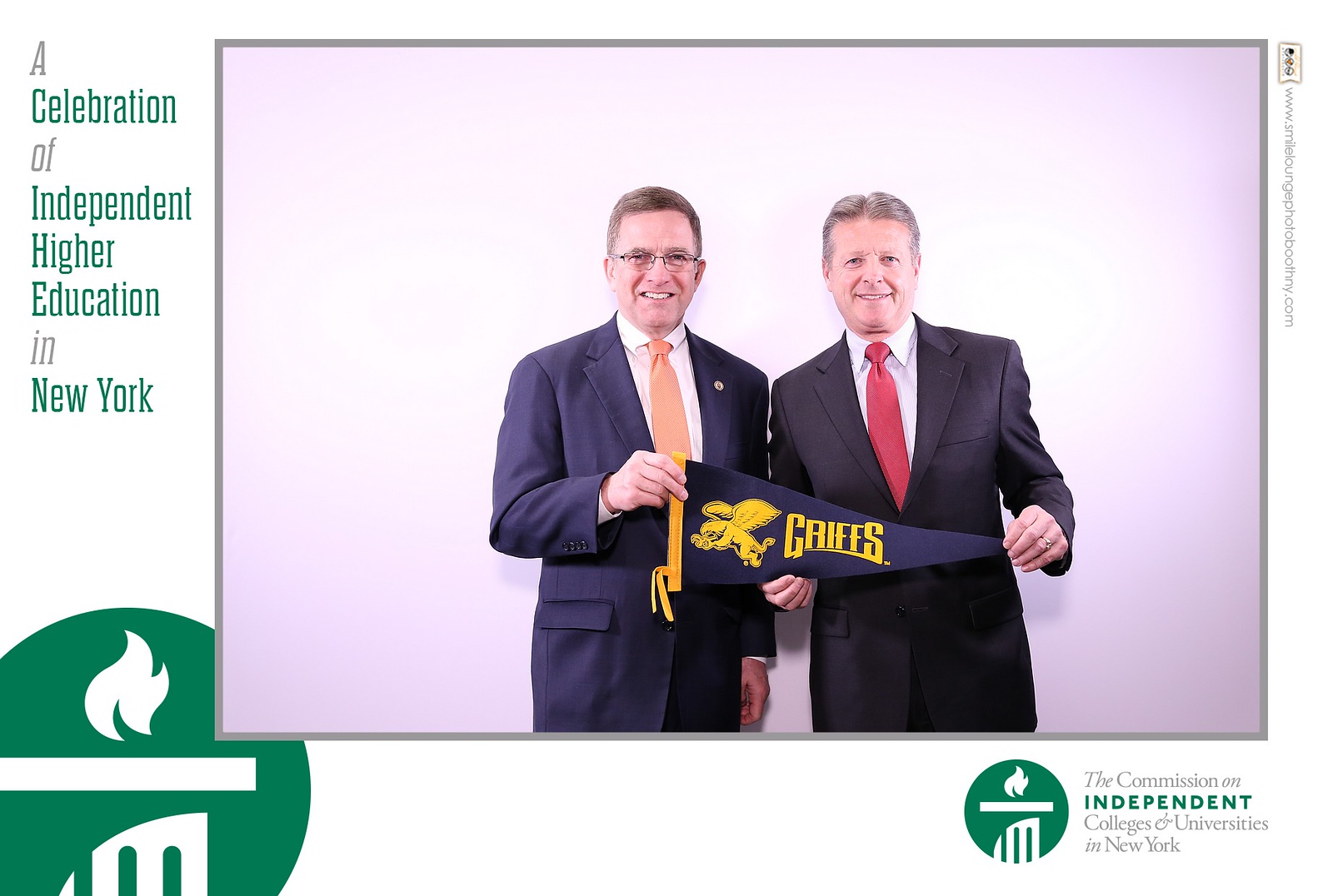 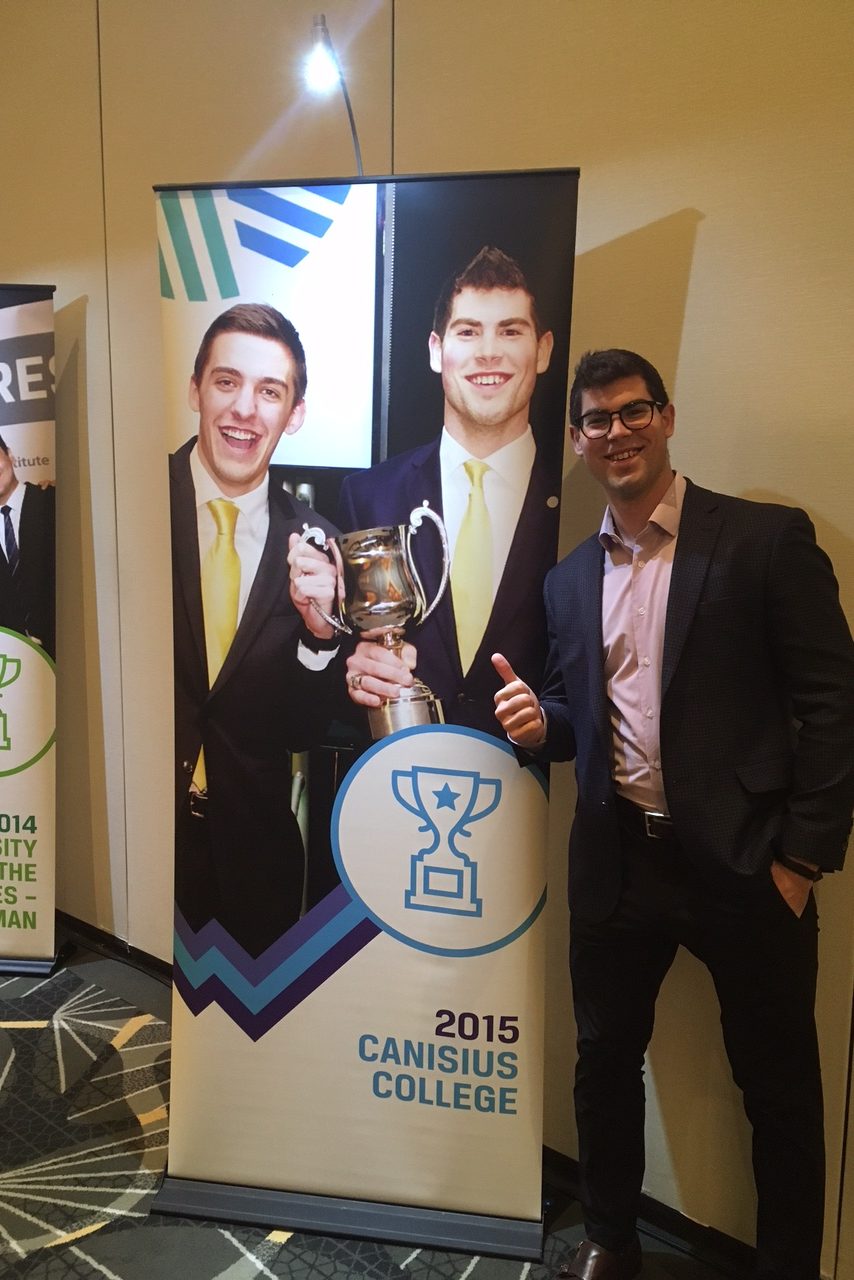 Stephen Miller ᾿15 poses next to the 2015 Canisius CFA Institute Research Challenge Champions Banner while attending this year’s America’s Regional competition in Boston.  Miller and Ryan Zimmer ᾿15 were members of the CFA team that placed first out of 865 universities from 70 countries in 2015.

We are in need of faculty, staff and administrator volunteers to serve as timekeepers for this year’s Ignatian Scholarship Day on Wednesday, April 18 from 10 a.m. – 5 p.m. Timekeepers introduce the session and the student scholars and keep time during the presentation.  Students have 10 – 15 minutes to present with approximately three minutes allotted for fielding questions before audience and presenters rotate out of the venue.

If you are a faculty mentor for a student presenter, it is customary that you serve as the timekeeper for that paper or presentation.  If you have a conflict, please let Connie Pileri know at your earliest convenience (Ext. 2192 or pileric@canisius.edu) so that another timekeeper can be assigned.

If you are interested and available to assist, please send your availability, preferably in 20-minute intervals, to eventmgt@canisius.edu or by calling the Office of Event Services at Ext. 2180.

As part of our engagement initiatives for 2018, we are pleased to announce that Canisius College will participate in the 2018 J.P. Morgan Corporate Challenge in Buffalo! The 38th annual run in Delaware Park will be held on Thursday, June 14 with a 6:45 p.m. race start. It’s time to put winter in the rear-view mirror and plan for one of the staple events of a Western New York summer!

The Corporate Challenge is truly a celebration of the Western New York workforce.  The participating companies are an eclectic mix of large corporations, locally-based businesses and retailers, school districts and entrepreneurial companies. We are looking for volunteers to assist with the planning of this event. Please contact Mary Braun at braun5@canisius.edu if you are interested. 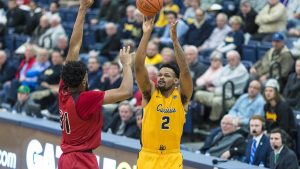 The Associated Press recognized Canisius senior forward Jermaine Crumpton ᾿18 with honorable mention honors to the Associated Press All-America team. Crumpton is the fifth player in school history to earn All-America honors, and he is the first Golden Griffin to receive the national distinction since Billy Baron was recognized after the 2013-14 season. Crumpton was also named the 2018 MAAC Co-Player of the Year, as voted on by the conference’s 11 head coaches.

For the first time in 24 years, the Canisius men’s basketball team scored a share of the MAAC regular season championship. The Golden Griffins rolled past Marist, 98-74, in the regular season finale at the Koessler Athletic Center on February 25. The win secured a second seed spot for the Griffs (behind Rider) in the MAAC Tournament – the best conference seeding for the Blue and Gold since 2001. No. 7 seed Quinnipiac went on to upset the Griffs, 72-69, in quarterfinals play in Albany. 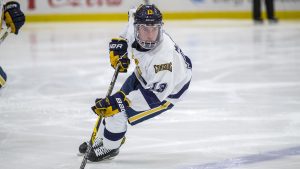 Junior forward Dylan McLaughlin ᾿19  was named the Atlantic Hockey Player of the Year, the third player in program history to win that honor. McLaughlin was also named a Hobey Baker Award Top-10 Finalist prior to the start of the conference’s semi-final game. The Hobey Baker Memorial Award, college hockey’s equivalent to the Heisman Trophy, is the highest award an NCAA Division 1 hockey player can receive.

The Golden Griffin ice hockey team skated into the post-season after defeating Niagara, 3-2, in the regular season finale. The win secured the Griffs a second place standing in the Atlantic Hockey Conference and a No. 2 seed in the league’s postseason tournament. The Griffs defeated AIC in a best-of-three playoff series March 9-11, which earned the Blue and Gold a trip to the AHC semifinal round for the fifth time in the last six seasons. The Griffs lost in the semifinal round to Air Force.