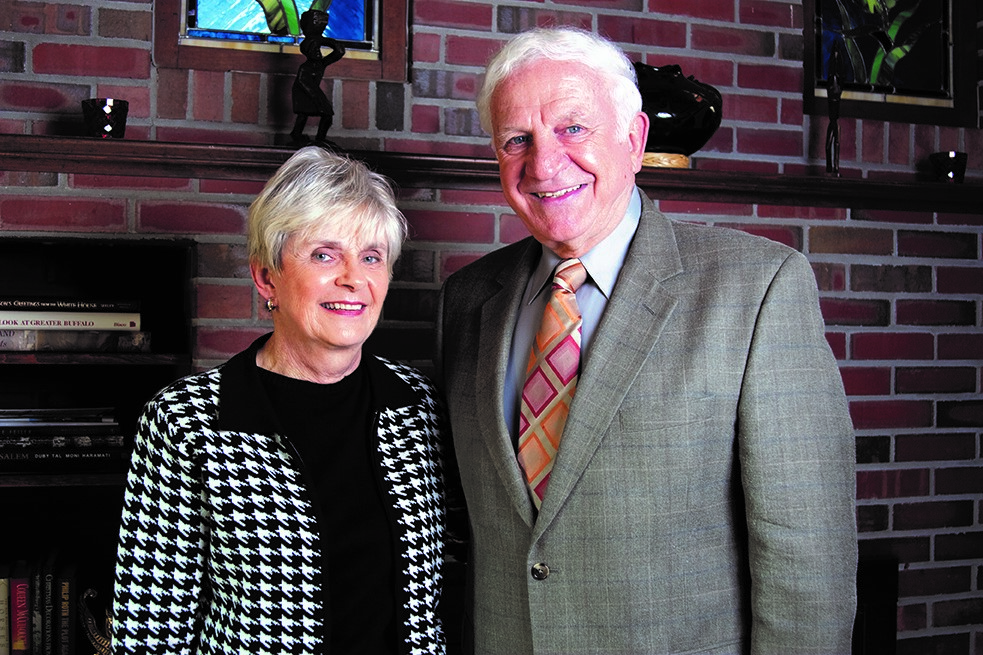 Canisius College received a $500,000 gift from the estate of Joseph “Jerry” Castiglia ’55, HON ’94, a loyal and longtime friend of the college who passed away in September 2017, and his wife Barbara.

The gift will fund two restricted endowment accounts Castiglia established in 1997 during the Imagine Canisius Capital Campaign. One completes his generous commitment to fund an endowment for the Accounting Department and the other completes funding of an endowed scholarship program for fifth-year accounting majors.

Among the most generous benefactors of the college, the Castiglias endowed the Joseph J. Castiglia ᾿55 Family Scholarship Fund in 1991, which provides annual need-based scholarships for accounting students. Jerry Castiglia served as national chair of the successful Imagine Canisius capital campaign, which exceeded its $30 million dollar goal by $9 million dollars when completed in June 2000.

In recognition of his extraordinary contributions to Canisius, including service as president of the Alumni Association and four terms as a Trustees, the Board of Trustees elected Castiglia a trustee emeritus – or lifetime trustee.  A very grateful alma mater also recognized its loyal son with a LaSalle Medal, induction into the DiGamma Society, the Distinguished Alumni Award, an honorary degree and the Board of Regents Distinguished Citizen Award.