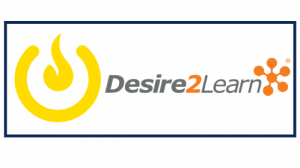 As fall 2017 courses come to an end, many faculty are already preparing their spring 2018 courses.  Here’s a quick video from the Center for Online Learning and Innovation with tips for setting up your upcoming courses in D2L, including merging sections for the spring 2018 semester.

And here’s COLI’s handy checklist for end of/beginning of semester tasks in Desire2Learn.

“I Am Not Your Negro”

Attend the film screening and discussion 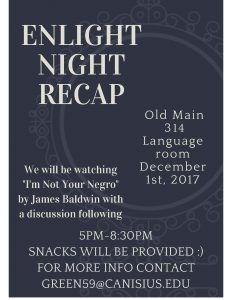 Join us in watching the acclaimed 2016 documentary “I Am Not Your Negro” on Friday, December 1 at 5 p.m. in Old Main 314. The event is free to all Canisius community members and snacks will be provided. Break the humdrum Friday afternoon routine for a great film and excellent discussion!

Hoops and Hockey Home on Saturday

Cheer on your hot Golden Griffin teams this weekend

It’s a busy Saturday schedule for the Golden Griffins as both the men’s basketball and hockey teams are defending home turf. 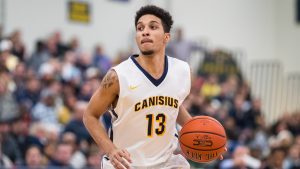 Coach Reggie Witherspoon’s hoopsters are 3-4 and paced by Isaiah Reese’s 16 points per game. Canisius begins a stretch of playing five home games in eight days between Saturday and New Year’s Eve. The Big Green were 1-2 prior to playing Loyola, MD, Tuesday night. Pepsi is sponsoring the game. 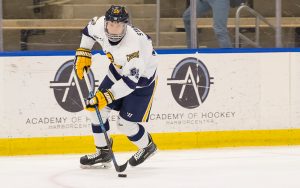 Your ice hockey team, which is receiving votes in the latest hockey poll, meets one of the best squads in the country following the basketball contest. Clarkson sits at 10-3-1 overall and 6-0, for first in the ECAC. Canisius (8-4-1) moved into first place in Atlantic Hockey with its recent sweep of Army West Point this past weekend.

Tickets for both games can be purchased at the KAC box office, or by calling 888-TIXX. 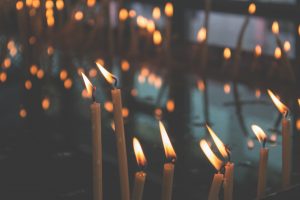 The Canisius College Video Institute production of the December episode of “Kaleidoscope” premieres Saturday, December 2 at 5:30 a.m. on WGRZ-TV 2. This 30-minute television program celebrates the religious diversity of our region and is produced in conjunction with the Network of Religious Communities. “Kaleidoscope” rebroadcasts each Friday at 6:30 p.m. on Spectrum Cable Channel 20 and each Sunday at 8:00 p.m. on Spectrum Channel 6 in Olean, NY.

In the first segment, host Stan Bratton, PhD, talks with Deacon Dave Velasquez of St. Anthony’s Parish about the history and celebration of the Feast of Our Lady of Guadalupe, which occurs each December.

In the second segment, Dr. Bratton speaks with Jabbir Harris, educator and founder of Muslim Pray-n-Play, about his devotion to the Prophet Muhammed and how he honors the prophet through Rap music. 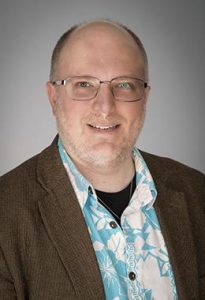 Father Lynch’s guest is Jonathan D. Lawrence, PhD, associate professor of religious studies and theology.  Lawrence is currently engaged in a study of religious diversity in Buffalo and is compiling an online map of the region’s religious communities via oral histories and historical data.

If you miss Sunday’s broadcast, the December edition will be available on the Canisius SoundCloud beginning Monday, December 4. 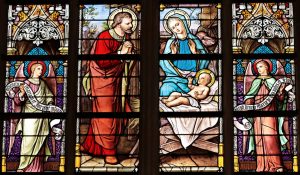 Canisius will host its 50th Annual German Christmas Mass in Christ the King Chapel on Sunday, December 10 at 10:00 a.m. The German American Musicians will perform a concert of German Christmas music before Mass at 9:30 a.m. The public is welcome.  An Advent breakfast reception will be held in the Grupp Fireside Lounge and Regis Room following Mass, at approximately 11:00 a.m.

This year’s Mass will offered for the late Peter Boehm, PhD, professor of German at Canisius, who organized the German Mass for many years.

Rev. Daniel P. Jamros, SJ, professor of religious studies and theology, will be the principal celebrant for the Mass, which will be spoken entirely in German.

For more information, call the Department of Modern Languages at Ext. 2835.