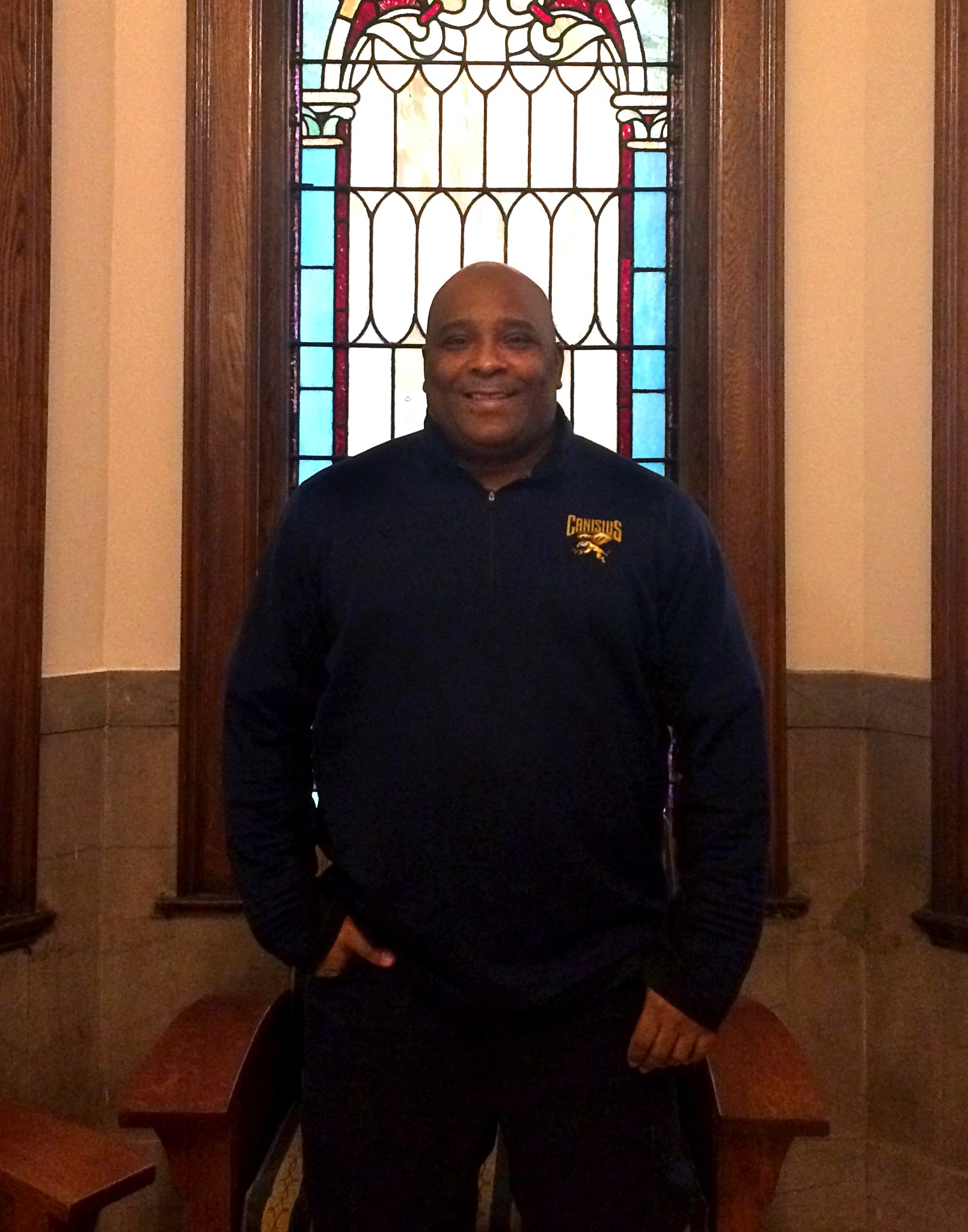 All who know Luis R. Ayala say he is by far one of the friendliest people on the Canisius campus.  Perhaps this is because Luis loves his job!  “Canisius is a great place to work and I enjoy the many friendships I formed at the college.”

Born in the Bronx, NY, Luis was raised in Puerto Rico.  He came to Buffalo in 2011 after living in Syracuse for 18 years.

Few know that Luis is a gifted singer who performed in a Meringue band for many years. It was during that time that he received a higher calling. “I was singing near a church at the time and God said ‘Luis, I need you to come inside.’”

Luis now tours year-round singing gospel music and preaching at churches across the country. He is assistant pastor at La Iglessia de Dios Pentecostal Church in Lackawanna where his father is pastor. Luis has two CDs and is at work on a third. The most recent, “Cristo mi luz en las Tinieblas” (Christ, My Light in the Darkness), can be heard on YouTube here.

Did you know…? Luis is also a construction worker by trade and builds homes during the summer.