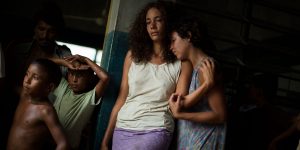 The Department of Modern Languages, Literatures and Cultures is proud to sponsor the fifth annual Ibero-American Film Festival beginning Tuesday, October 3 at 6:00 p.m. in the Canisius Language Resource Center, Old Main 314.  Each week throughout the month of October, a different film will be shown. The Spanish Film Club series was made possible with the support of Pragda, and the Embassy of Spain in Washington D.C., and the Spain-USA Foundation. Special thanks to the Secretary of State for Culture of Spain.

The festival is free and open to the public. For more information and a full schedule, contact me at stefansm@canisius.edu or click here.

Show off your spirit and support the Griffs 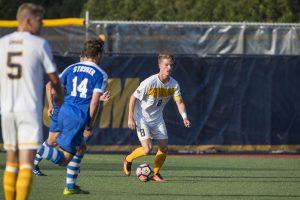 The annual Battle of the Bridge men’s soccer battle takes place Wednesday, October 4 when your Golden Griffins host Niagara at 7:00 p.m. at the Demske Sports Complex. It’s Athletes for Athletes Night with all fans encouraged to show their USA spirit by wearing red, white and blue. In addition, the hockey team will be honored at halftime by receiving their Atlantic Hockey Conference championship watches.

Canisius was 6-2-1 heading into this past Saturday’s game at Fairfield.

For additional information, visit www.GoGriffs.com. There is no admission charge for soccer