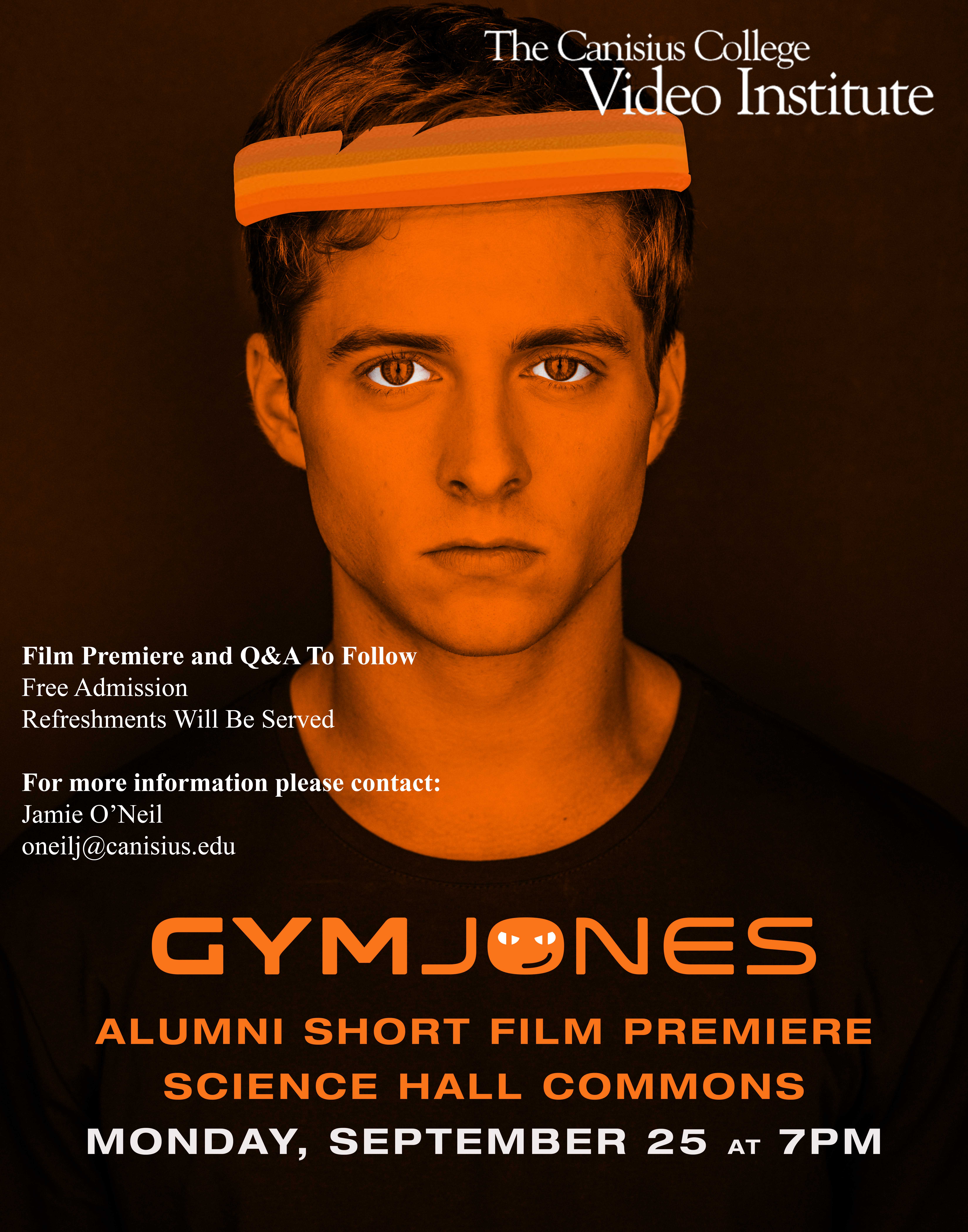 The Canisius College Video Institute is proud to premiere an alumni short film “Gym Jones” on Monday, September 25th at 7 p.m. in the Science Hall Commons.

The film was produced by two Canisius alumni, Christopher Collins (’14) and Erin Gaddi (’14). Collins moved to Los Angeles after working full time as a graphic designer in the NFL for two years. He realized he wanted to be in the tv and film industry. Chris learned he could advance the fastest by making his own content, which is what the business is yearning for in 2018. So he teamed up with Gaddi to make an original film, showcasing both of their talents.

The comedic film is about a confused gym rat named Phil, who owns a fitness brand. He makes and sells instructional videos. But after his boss pushes him in a different direction, Phil starts to wonder why he got into this mess in the first place.

The event is free of charge and light refreshments will be served. For more information, please contact Jamie O’Neil at oneilj@canisius.edu