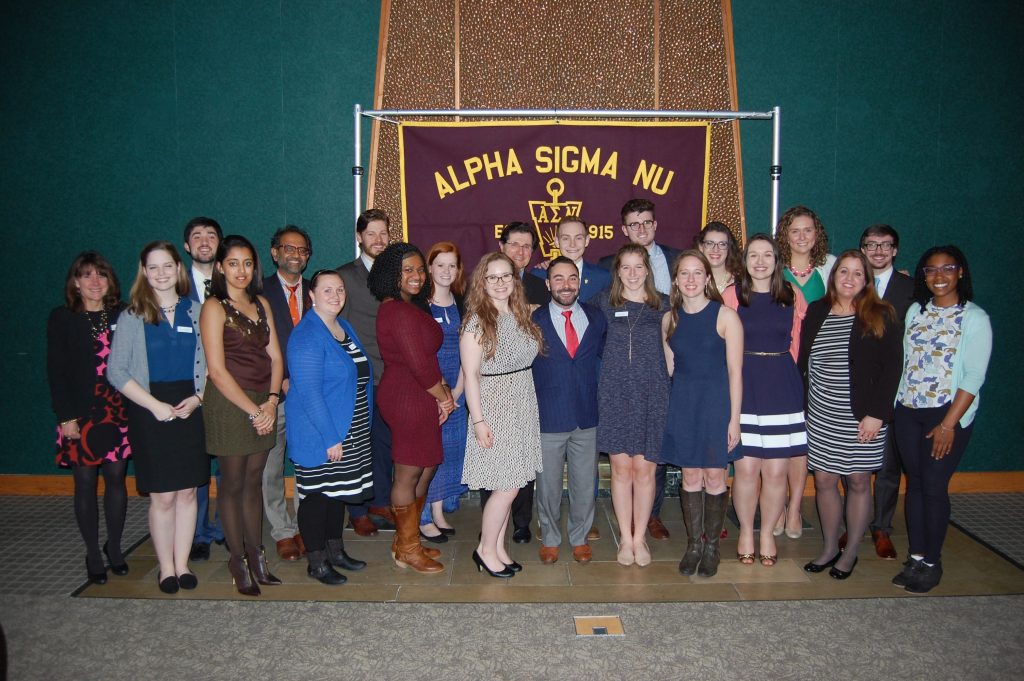 The ceremony included music from Bradley Wingert and Cantio Sacra, and an invocation and benediction by Rev. James Pribek, SJ. Stephen Chanderbhan, PhD, assistant professor of philosophy, stood in for Rev. Patrick Lynch, SJ, in the role of faculty advisor. Margaret McCarthy, PhD, vice president for Academic Affairs, represented the administration and accepted the students into the society.

Mark Zirnheld ’82, CEO and executive director of the Society of St. Vincent de Paul of Western New York, received this year’s Alpha Sigma Nu Distinguished Service Award and is the alumni choice for honorary induction into the society. More than 50 Alpha Sigma Nu alumni and family members gathered on Sunday, April 23 for mass and a brunch to honor Zirnheld who delivered remarks on the influence of his Jesuit education in his life and career.

At the brunch, the Honorable John J. LaFalce ’61, former Congressman from Western New York, gave a $1,000 gift to the Society of St. Vincent de Paul. 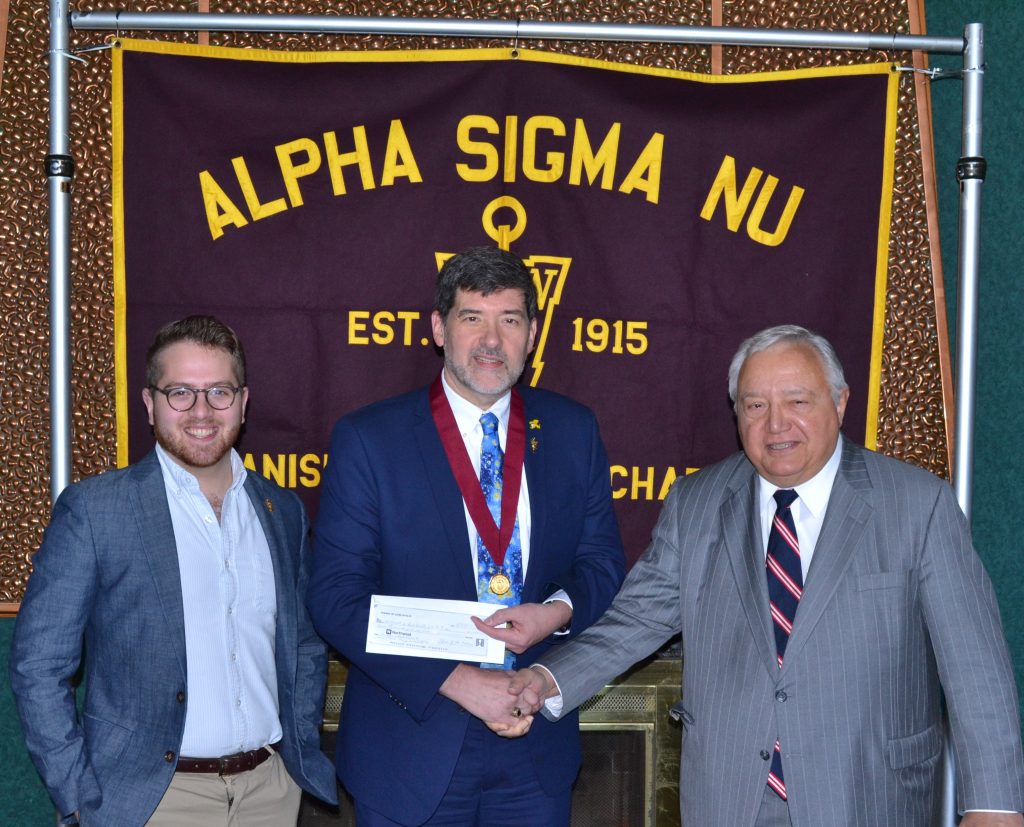 Alpha Sigma Nu members are selected on the basis of their dedication to three fundamental standards: scholarship, loyalty to the mission of the Jesuits and service.  The Honor Society urges its members on to a lifetime pursuit of intellectual development, deepening Ignatian spirituality, service to others and a commitment to the core principles of a Jesuit education. Founded in 1915, Alpha Sigma Nu is an international organization, with chapters at all 28 Jesuit colleges and universities in the United States, Sogang University in Korea, Campion and Regis Colleges in Canada, and Loyola University in Seville, Spain.