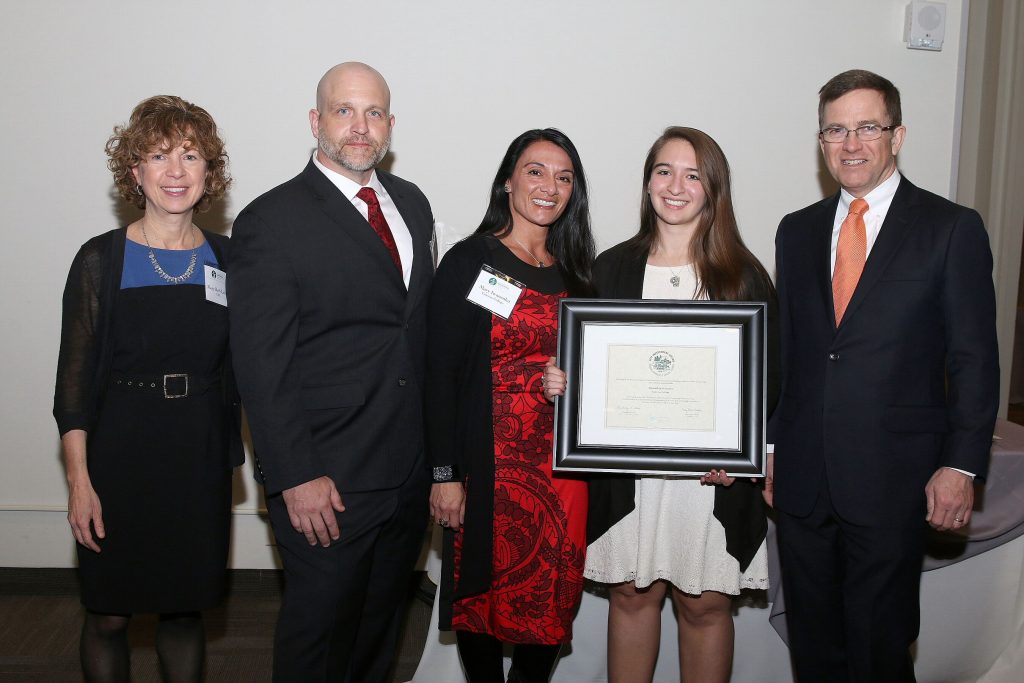 The Commission on Independent Colleges and Universities (CICU) awarded Alexandria M. Iwanenko ’17 a 2017 Independent Sector Community Service Award and a $500 H.D. Paley Scholarship.  She was recognized for her outstanding record of community service during her time at Canisius College.

Iwanenko is a senior Spanish/international relations and Latin American studies dual major at Canisius.   She was among 10 Independent Sector Community Service Award recipients who received their awards during the CICU’s annual meeting in Albany on March 6.

The award honors outstanding Independent Sector TAP students for their leadership in community service throughout New York State. This year’s recipients serve as exemplary examples of the role that independent higher education plays in strengthening the state and its communities.