Griffs Look to Score Big for Coaches vs. Cancer 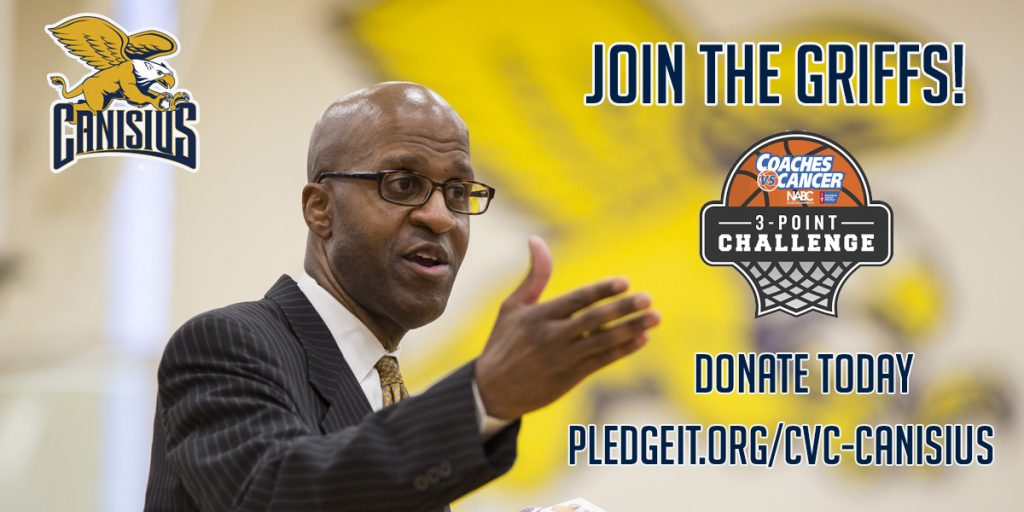 Griff friends, family and fans are encouraged to make contributions for every 3-point field goal made in the month of February to help the men’s basketball program reach its goal of raising $5,000 for the Coaches vs. Cancer campaign.

As of February 1, Canisius made 231 3-pointers as a team, which ranks 24th in the nation. People interested in helping support the Griffs’ effort in the Coaches vs. Cancer 3-Point Challenge can make a donation based on total 3-pointers made during the month, on a per-game basis or through a straight donation to the campaign.

To make your pledge to support coach Witherspoon and the Griffs, log on to pledgeit.org/cvc-canisius.