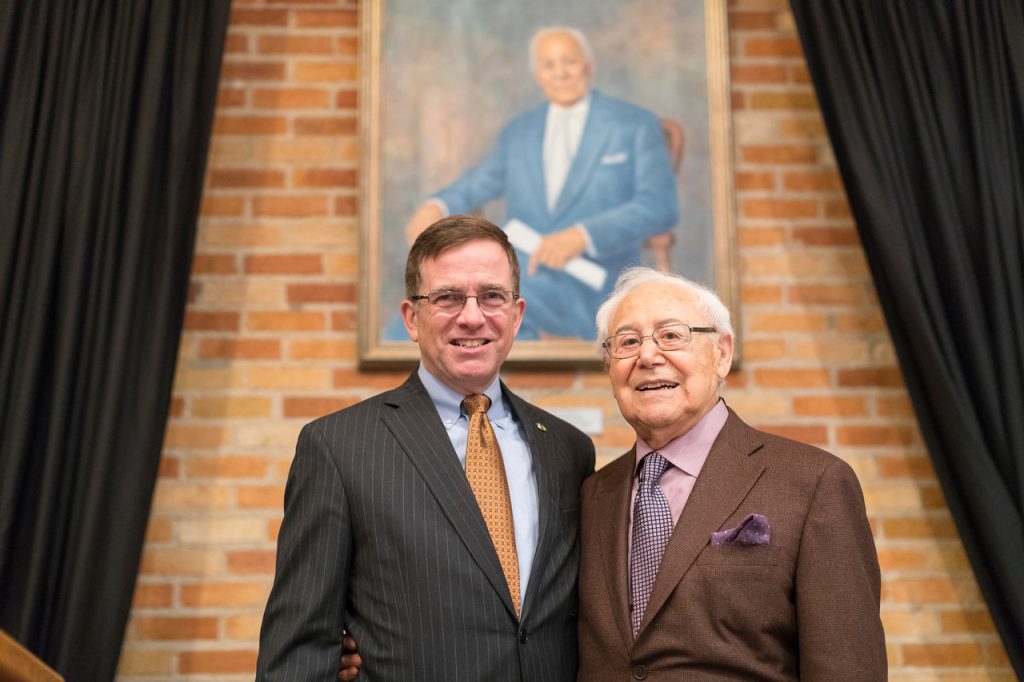 Canisius recognized the lifetime achievements of Andy Anselmo ’45 on Wednesday evening when it dedicated the second floor loft of the Montante Cultural Center in his name.

A highly-acclaimed vocalist, Anselmo is best known as “the voice coach to the stars.”  He taught and performed with some of the greatest names in show business including Liza Minelli, Tony Bennett, Mandy Patinkin, Eartha Kitt and his all-time favorite, Geraldine Fitzgerald.

In 2005, Anselmo established the Andy Anselmo ’45 Endowed Music Scholarship at Canisius, which provides financial support for vocal music students.  Earlier this year, he made a generous gift to the college’s Fine Arts Department, funding the purchase of a Steinway concert grand piano. Anselmo also established the Andy Anselmo ’45 Piano Preservation Fund, monies from which will be used to care for the piano in perpetuity.