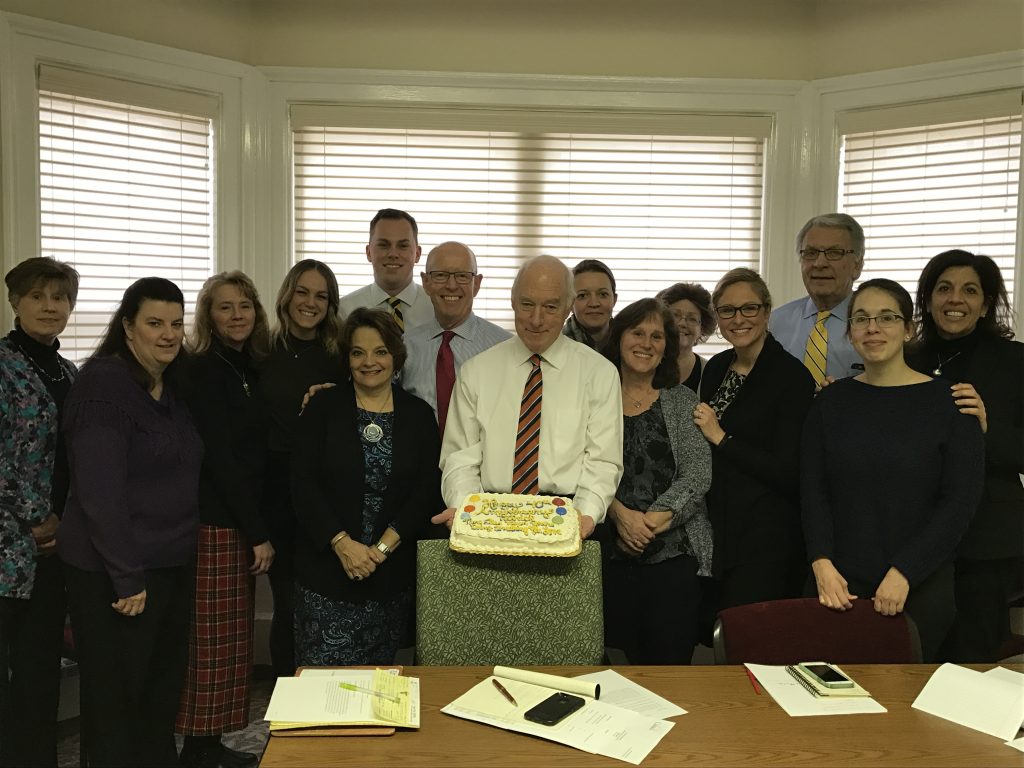 If there was ever a Mr. Canisius, it’s Pat Greenwald who has been a fixture on campus and in the community for decades and who has raised literally millions and millions of dollars for the college. Pat recently celebrated his 40th anniversary at Canisius and in his typically humble fashion, would only say “it’s easy to come to work every day when you do something you love.” Well, it’s safe to say that the love is returned to Pat in spades by the generations of alumni and donors who consider Pat to be part of their families.

Members of the Institutional Advancement team gathered at Agassiz yesterday to surprise Pat with an anniversary cake and a salute to his extraordinary service to Canisius. He had a little piece of cake and then got right back to work raising money. Happy anniversary, Pat!