Final Home Hockey Games of 2016 Are This Weekend 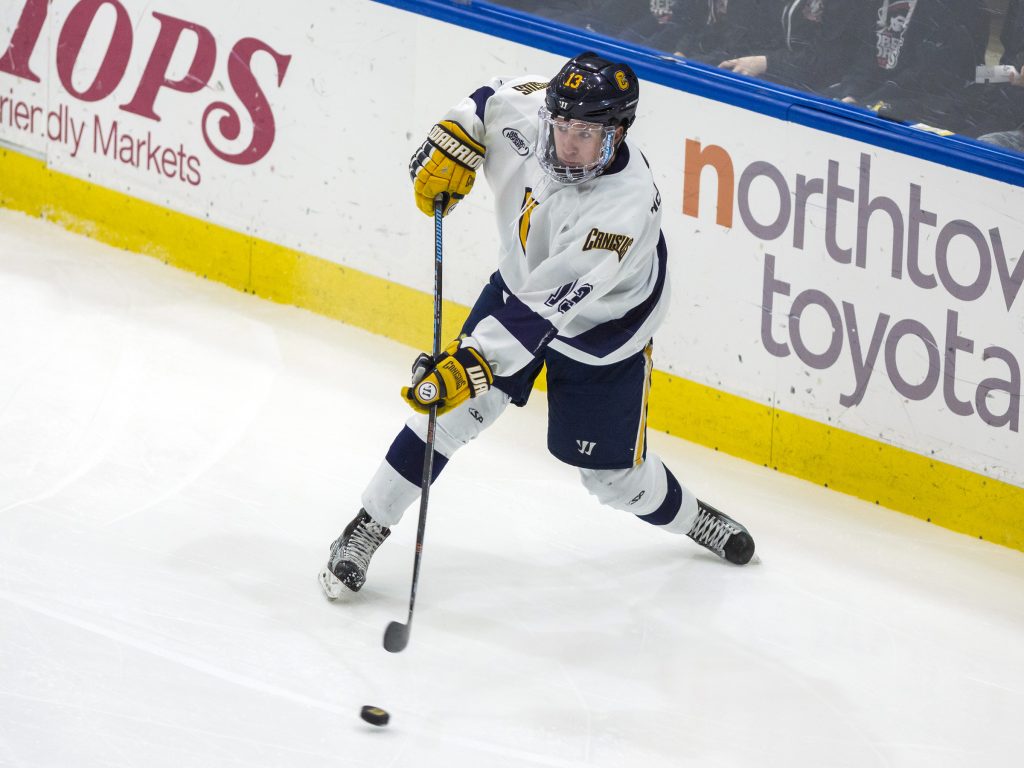 Here’s your final chance to enjoy Canisius hockey before the calendar flips to 2017. On Friday, December 2 and Saturday, December 3, your Griffs host Bentley at 7:35 p.m. in the HARBORCENTER. Canisius is still fighting for first place at the conclusion of the semester. The Griffs sit two points out of the top spot with games in-hand against all three teams ahead of them in the standings.

Remember, Saturday is the Pearl Street Faculty-Staff Night with Canisius employees receiving up to four free tickets by showing their ID. Attendees will also have a chance to win vouchers to Pearl Street Grill and Brewery. Doors open at 6:30 p.m.

Canisius’ Creative Writing Program is proud to present the 10th annual installment of the New Play Showcase. The event features two nights of staged readings of the new plays written by students in Playwriting 411A.  These readings will be presented in the Marie Maday Theatre on Sunday, December 4 and Monday, December 5.

Both evenings are free and open to the public complete with pizza and wings courtesy of the English Department.  Come see the exciting original works that Canisius’ emerging young playwrights are crafting.  Each short play will be followed by a brief discussion and we’re eager to get the audience’s feedback at every step along the way.  Here’s the full line-up of shows:

To get everyone in the holiday spirit, the Canisius Bookstore is taking 25 percent off the original price of our Canisius College ugly sweaters! These crew necks, regularly priced at $36, are now only $24.99!

Stop in and check out all the deals we have going on and get your holiday shopping done!