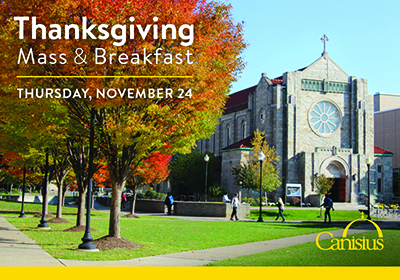 All are welcome to join Campus Ministry for a Thanksgiving Mass in Christ the King Chapel on Thursday, November 24 at 10:00 a.m.  A continental style breakfast will follow in the Dining Hall.  All are welcome to attend.

A very blessed Thanksgiving to all. 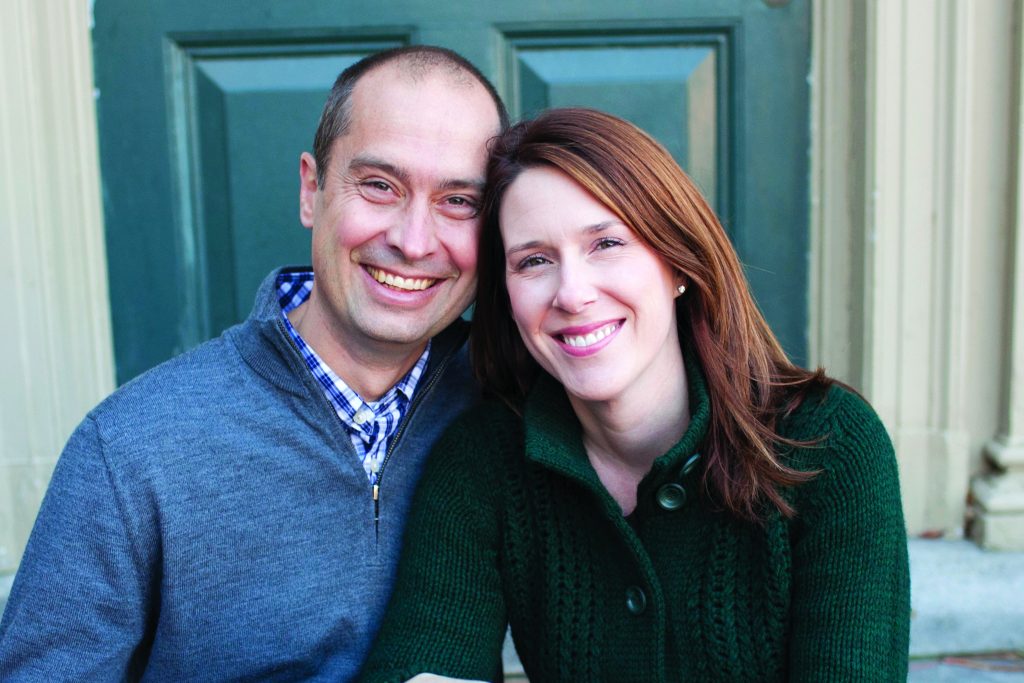 Though Jeffrey W. ’97 and Robin J. ’99 Donlon didn’t meet while undergraduates at Canisius, both received an education that influenced their careers, their family and the way in which they give back to alma mater.

Influenced by the Jesuit values that permeated their education, the Donlons became members of the college’s Leadership Society because they wanted to support the next generation of Canisius students by helping to ensure the college’s Jesuit mission endures.

Read their story – and many more donor profiles – in the Annual Report of Donors.

The All-College Honors Program hosts its Honors Thesis Defense Week from November 28 to December 2. Canisius faculty, staff, students and alumni are welcome to attend any of the sessions listed in the attached schedule that they find interesting. The topics range from robotic treatment of anxiety to Buffalo’s renaissance to the effects of gang violence on child development in Central America.

Submitted by: Bruce Dierenfield, PhD, professor of history and director of the All-College Honors Program

Crew neck sweatshirts are now on clearance! They were regularly priced at $16.95 and now they are only $11.99! Are you a faculty or staff member? You also get a 25 percent discount! So stock up and start shopping for the holidays!