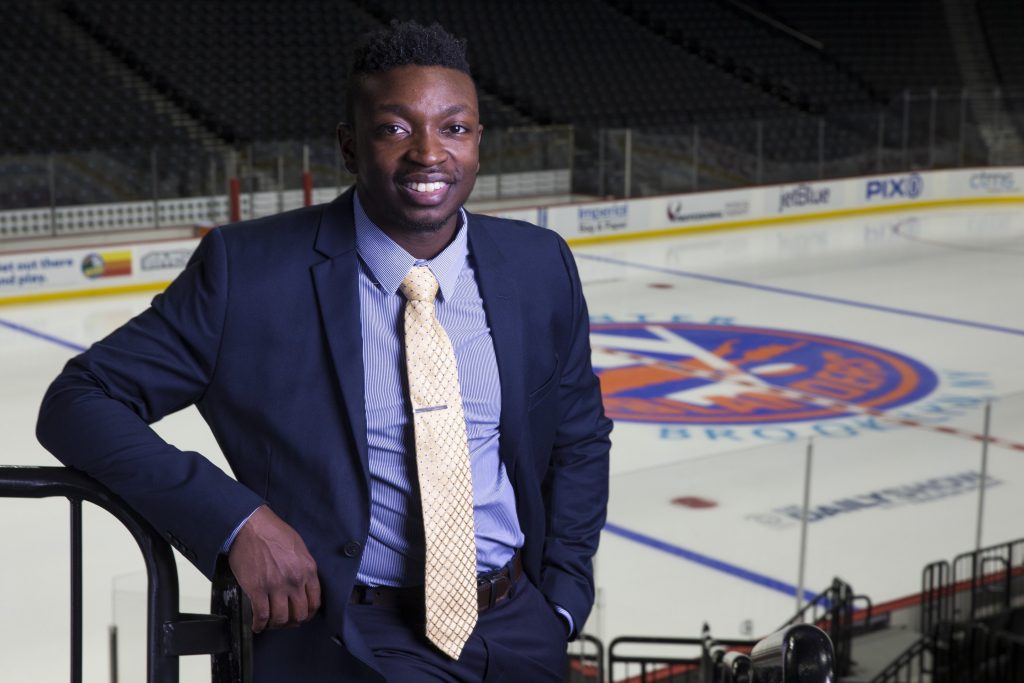 In fiscal year 2015-16, more than 5,700 alumni, parents, friends, faculty, staff and organizations donated to the Canisius Fund, which resulted in $2.8 million raised – nearly eight percent over goal.  Canisius alumnus Bobby Stroud Jr. ’14 was among those donors.  The marketing major made his first gift to the Canisius Fund this past fiscal year, shortly after scoring a job with the NHL’s New York Islanders.

You can read his story – and many more – in the newly-released Annual Report of Donors.