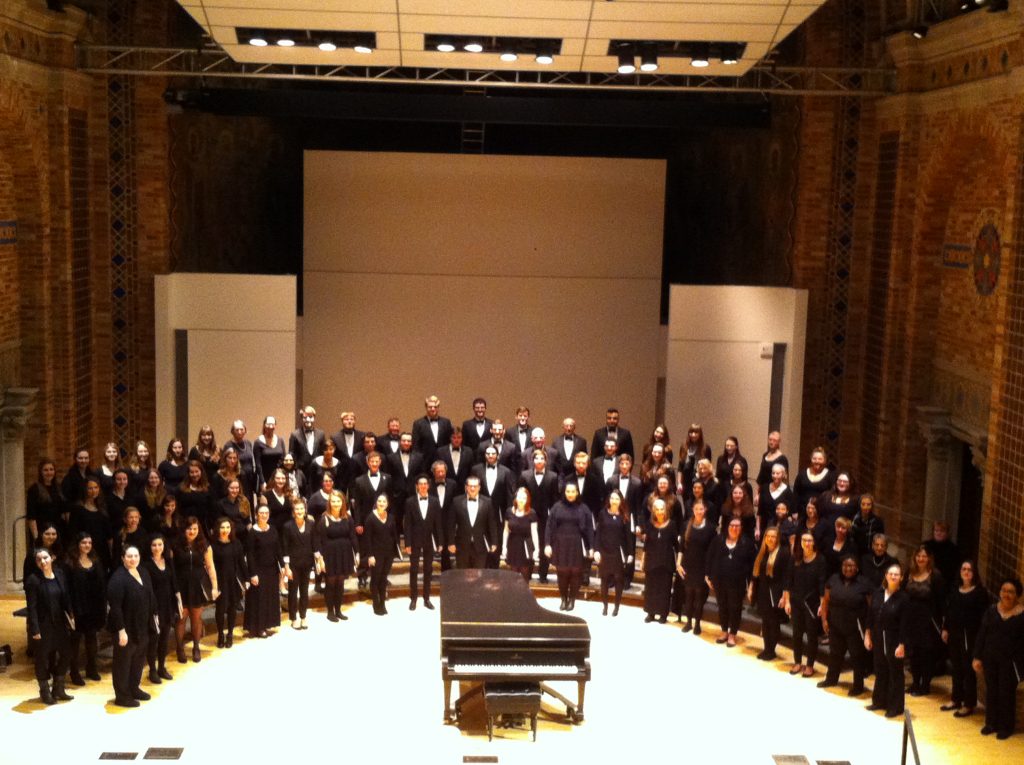 The Canisius College Chorale, under the direction of Frank Scinta, will inaugurate its 2016-2017 Sacred Spaces Concert Series with a program on Sunday, October 23 at 7:30 p.m. at Nativity Church, 4414 S. Buffalo Street in Orchard Park, NY (near Thorn Avenue).

The concert features works by Vivaldi, Whitacre, Faure, Dawson and Ticheli among others. The event is free and open to the public.

The Sacred Spaces concert series stems from an idea proposed 12 years ago to feature the chorale’s music in some of Western New York’s most beautiful and acoustically resonant environments – namely, the sanctuaries of our area’s churches. As a result, the choir has visited nearly 40 houses of worship with its repertoire of sacred and secular music spanning five centuries.

Please join us for a lovely evening of great choral music.