Many Stories, One Buffalo 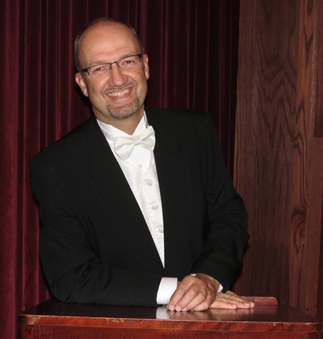 Erie Country Historian Douglas Kohler ’88 will speak at Canisius College today, Wednesday, September 28 at 5:00 p.m.  The event, entitled “Many Stories, One Buffalo” will take place in the Grupp Fireside Lounge and is being held in conjunction with the induction of new members into Phi Alpha Theta, the national honor society in history.

His talk is co-sponsored by the Canisius chapter of Phi Alpha Theta, the Canisius College History Club and the Department of History at Canisius.

Since graduating from Canisius with a degree in history, Kohler served on the staff at Clarence Middle School as a teacher and chair of the social studies department.  In the early 1990s, he became involved with the Clarence Historical Society, serving as a board member and director of special projects.  As vice-chair of the Clarence Bicentennial Committee, Kohler authored four books on the town’s history.  In 2008, Kohler was the Clarence Chamber of Commerce’s Citizen of the Year.  Twice, he was the Master Teacher for Crossroads of Empire, an NEH summer program at Fort Niagara, and though it wounds his “inner Griffin,” he has taught as an adjunct at Niagara University.

Kohler was appointed Erie County historian in 2009.  Much of his recent work has centered on the Bicentennial Celebration of the War of 1812.  He also served as an educational advisor to WNED and guest curator for the Buffalo History Museum’s 1812 exhibit.

Among Kohler’s favorite topics as a guest speaker is the Pan-American Exposition.  He is also a frequent contributor to Western New York Heritage Magazine on topics ranging from The War of 1812 to the Gilded Age in Buffalo to the Fenian Invasion of 1866.  In 2011, Kohler received the Owen B. Augspurger Award from the Buffalo and Erie County Historical Society, an award that recognizes local historians devoted to the preservation of Erie County’s heritage.  The following year he published a fifth book on the history of Clarence.