Homecoming 2016: Always a Griffin is now a treasured memory for the Canisius alumni, family and friends who returned to alma mater to participate in the weekend’s activities.

A highlight of this year’s weekend included the formal dedication of the new Griffin statue outside of Science Hall. The campus community gathered to celebrate its majestic mascot as the 1,500-pound Griffin sculpture now permanently and prominently nests on the Canisius campus.

The king of birds and beasts, the Griffin trekked more than 1,200 miles from its creator, sculptor Mark Palmerton, owner of the Crucible Foundry in Norman, OK.

The Griffin sculpture is a gift from the Undergraduate Student Association and will serve as a permanent symbol of Canisius pride for generations of students and alumni. 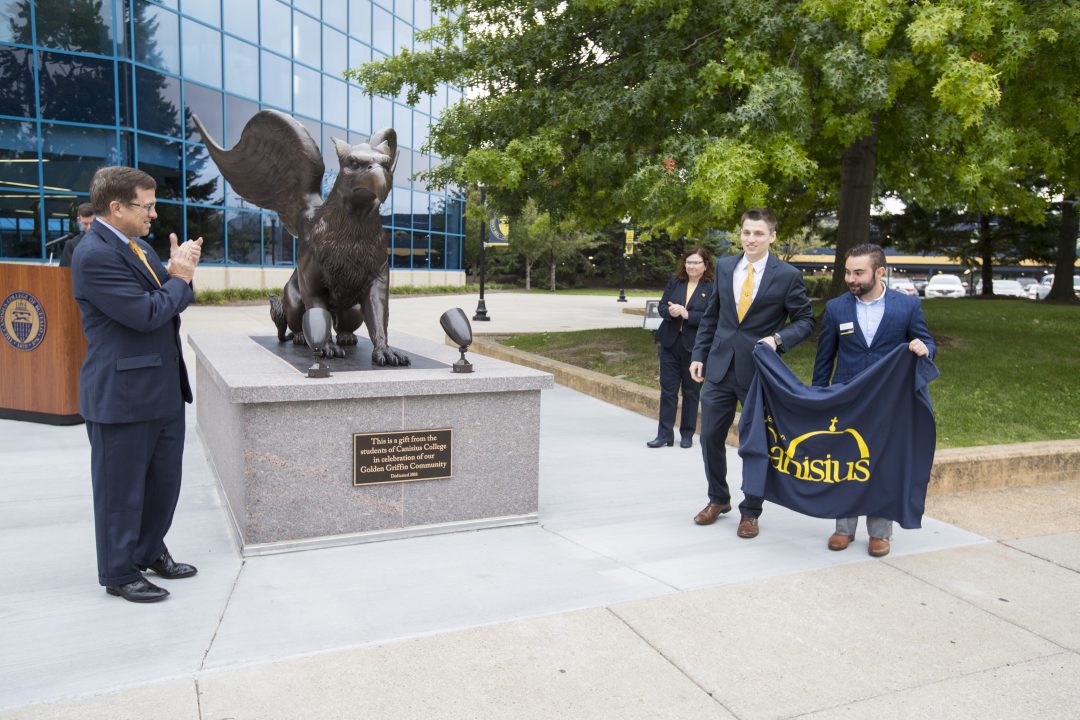 Hundreds of alumni posed with the Griffin during Homecoming Weekend, including college student personnel administration (CSPA) alums who celebrated the 20th anniversary of the master’s program.  Alumni from the CSPA Classes of 1998 through 2016 returned to Canisius to celebrate the anniversary. Some traveled from as far away as California, the Carolinas and Massachusetts. 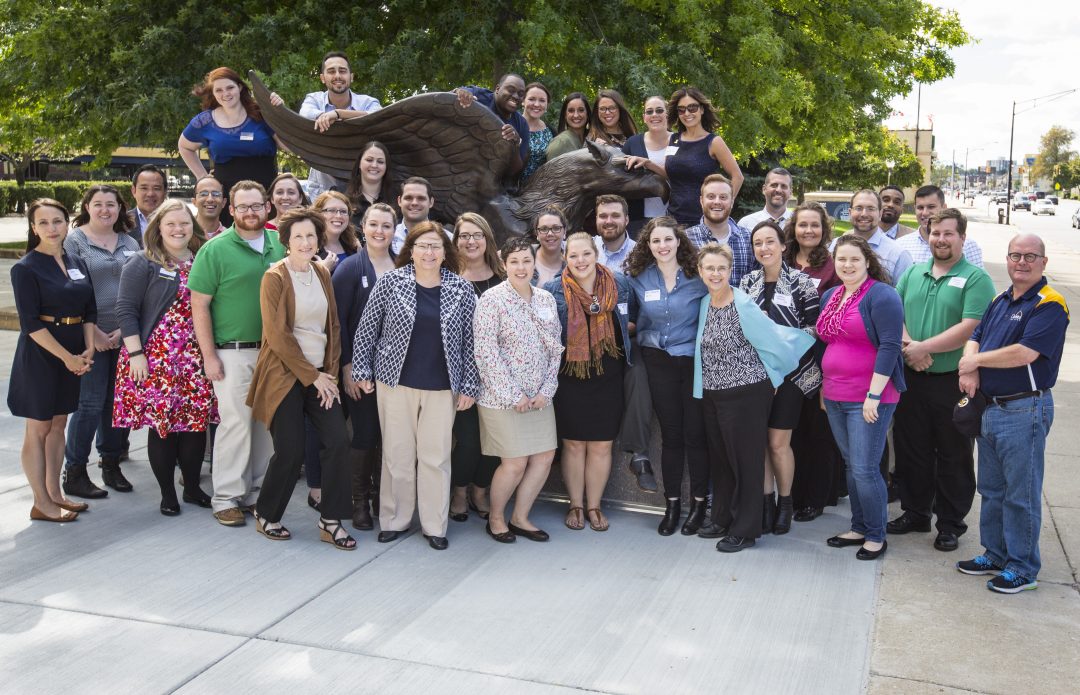