Peter and Rita Carfagna recently hosted President John J. Hurley and his wife, Maureen, for some minor league baseball action in Willowick, OH.  The Carfagnas own the Lake County Captains, the Class-A affiliate of the Cleveland Indians, for whom former Griffins Devon Stewart ’15 and Jon Fitzsimmons ’13 play. 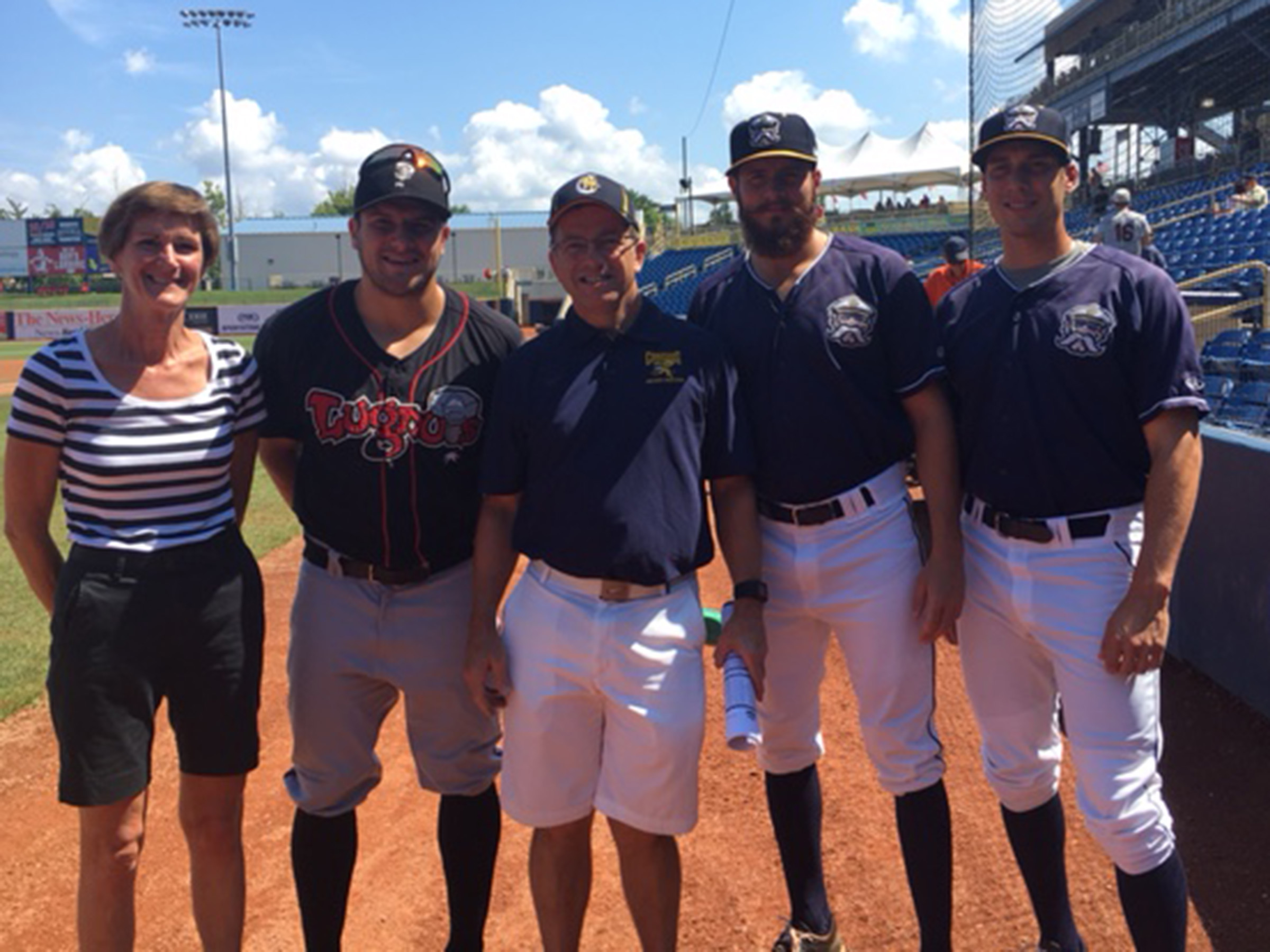 The Captains took on the Lansing Lugnuts, the Class-A affiliate of the Toronto Blue Jays, for whom former Griff Connor Panas ’15 plays.

Prior to the first pitch, the three former Griffs joined President Hurley and Maureen on the field for a pre-game photo.