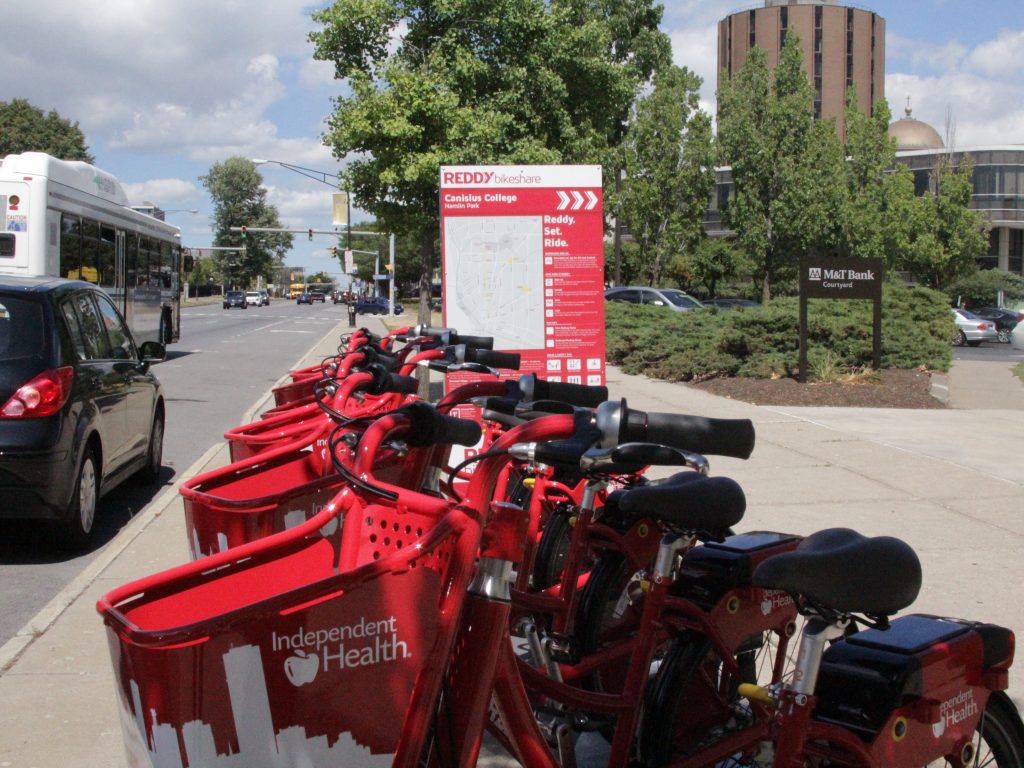 The Canisius College Undergraduate Student Association partnered with Reddy Bikeshare to sponsor and install a six-bike hub on Main Street near the M&T Courtyard outside Science Hall.  While financially backed by USA and student tax dollars, the bikes are for use by all Canisius community members as well as those in neighboring communities.  Bikes can be borrowed and returned to any Reddy rack in the city.

Reddy Bikeshare will strive to replenish the Main Street hub bikes at various times each day.  The Undergraduate Student Association will provide a limited number of free and discounted memberships to students upon their return for the fall semester.

For more information about how the program works and membership pricing, visit: https://reddybikeshare.socialbicycles.com/

Watch the July Episode of “Kaleidoscope”

The Canisius College Video Institute production of the July episode of “Kaleidoscope” premiered earlier this month on WGRZ-TV 2. This 30-minute television program celebrates the religious diversity of our region and is produced in conjunction with the Network of Religious Communities. “Kaleidoscope” will be rebroadcast on Friday, July 29 at 6:35pm on Time Warner Cable 20 and Sunday, July 31 at 8:00 p.m. on Time Warner 6 in Olean.

In the first segment, Dr. Stan Bratton speaks with Neil Pitts, president of the Hill Cumorah Pageant. It is one of the world’s largest outdoor theatrical productions that celebrate the stories from the Book of Mormon. The pair discusses the annual pageant, its production and the opportunity for all to see it.

In the second segment, Dr. Stan Bratton talks with Imam Fajri Ansari of the Masjid Nu’Man Mosque, about the celebration of the end of the month-long fast of Ramadan. They also discuss the influence of Imam W. Deen Mohammed upon African American Muslims and the upcoming annual “Putting the Neighbor back in the Hood” Festival sponsored by Masjid Nu’Man.

Greg Tedone, financial consultant for TIAA, will be on campus Wednesday, August 10 in the Library Conference Room and Wednesday, September 7 in Science Hall 1017 for individual counseling sessions. He will meet with individuals to review and discuss current investments, answer questions and review options to help meet retirement goals.

To schedule an appointment, contact the TIAA Service and Scheduling Group at 1-800-732-8353 or click here to schedule your appointment online.

All faculty and staff now have Google Drive provided as part of Google Apps for Education. This is a secure, password-protected online (“cloud”) storage space where users can store files to be accessed in a variety of places and on various devices. Google Drive also allows users to share large or numerous files that are impractical as email attachments. An easy-to-use productivity toolset, including Google Docs, Sheets, Slides, and Forms, makes collaborating on projects much easier than passing documents back and forth via email.

Your Google Drive space can be found by clicking the link under “My Applications” in the MyCanisius navigation launchpad (lefthand menu, after logging in).

See this link for details on your Canisius Google Drive space, including possibilities for how you may use it to save time and effort: https://wiki.canisius.edu/x/NIAdAQ.

If you’re on the Canisius campus during the semester, you might notice a few faculty, staff and students celebrating “Bow-Tie Tuesday.” Malik Stubbs ’17, a political science major, is bringing that tradition to the White House this summer. Stubbs is currently interning at the Youth and College Division of the National Association for the Advancement of Colored People (NAACP) at its national headquarters in Baltimore, Maryland. 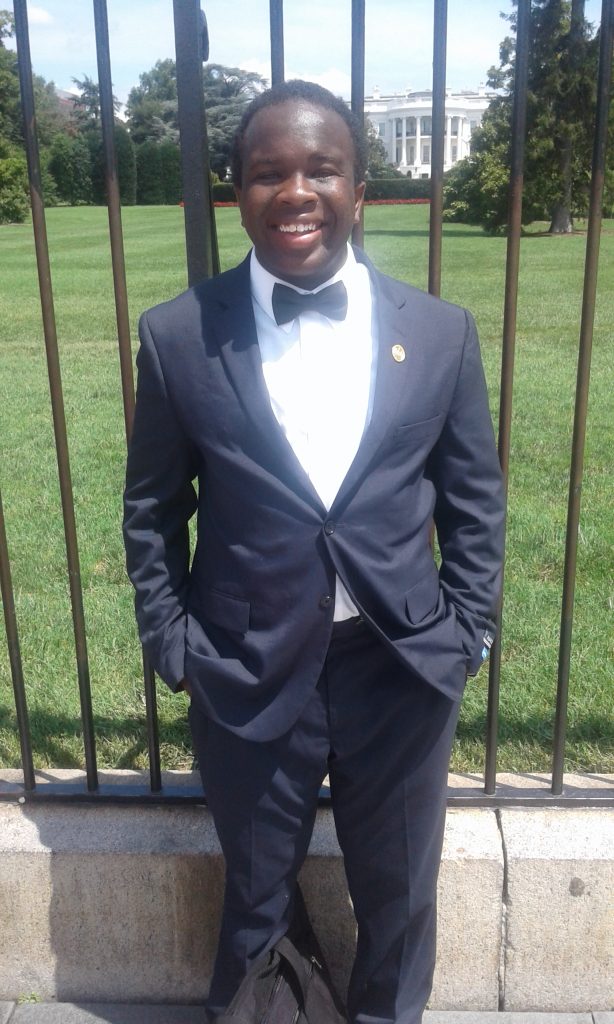