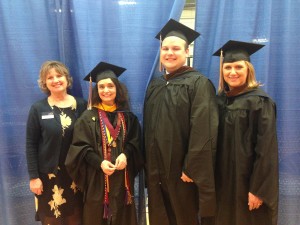 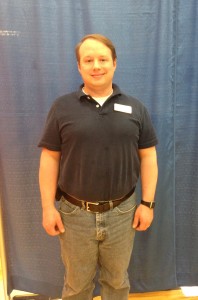 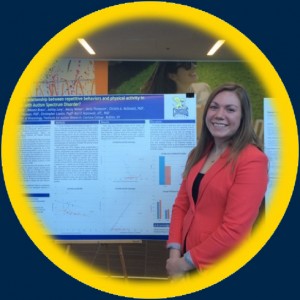 While minimal federal guidelines suggest that all children should meet at least 60 minutes of moderate to vigorous physical activity each day, few children achieve this. Children with autism may participate in even less activity than their peers.

The project was completed in coordination with Karl Kozlowski, PhD, associate professor of kinesiology, and the Institute for Autism Research (IAR). Students will continue their research this summer by introducing an exercise program to children with autism who attend the IAR summerMAX program.

The Dome will switch to weekly issues for the summer months. The final daily post will be Friday, May 20.

Starting Wednesday, May 25, The Dome will be published every Wednesday until the first week of classes for the fall semester. The deadline for submissions will be 2 p.m. on the Tuesday before publication.

“In the News” and “Campus Candids” will continue throughout the summer. Special features including “Spotlights” and “Get To Know” will resume in the fall. 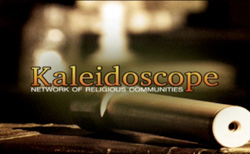 The Canisius College Video Institute production of the May episode of “Kaleidoscope” premiered earlier this month on WGRZ-TV channel 2. This 30-minute television program celebrates the religious diversity of our region and is produced in conjunction with the Network of Religious Communities. “Kaleidoscope” will be rebroadcast on Friday, May 20 at 6:35 p.m. on Time Warner Cable 20, and Sunday, May 22 at 8:00 p.m. on Time Warner 6 in Olean.

In the first segment, host Stan Bratton, PhD, speaks with Imam Hamid Nasir Mali and Nasir Khan, PhD, of the Buffalo Chapter of the Ahmadiyya Muslim Community. The group discusses their community’s history, essential beliefs, the establishment of the Buffalo Chapter and Khilafat Day, which is commemorated this month.

In conjunction with the Holocaust Resource Center of Buffalo, Rabbi Alex Lazarus-Klein sits down with Holocaust survivor Sophia Veffer, in honor of Yom HaShoah, which commemorates the systematic extermination of approximately six million European Jews during the reign of Adolf Hitler in Nazi Germany.

I am pleased to announce that Kelly Schultz will join the Student Records and Financial Services Center as assistant director for financial services.  Kelly’s main responsibility will be to manage student account financial activities for the center.

Schultz began her career at Canisius in the Controller’s Office where she held the position of staff accountant. Schultz earned her bachelor of business administration degree, with a concentration in accounting, from Austin Peay State University. She is currently completing her master’s in business Administration here at Canisius. Kelly will transition into her new position over the next couple of weeks.