Erin Bagwell ’09 was interviewed about her documentary, Dream, Girl, in an article on Forbes.com on May 11. Dream, Girl showcases the empowering stories of women-run companies and the founders whose ambition and dedication drive them. 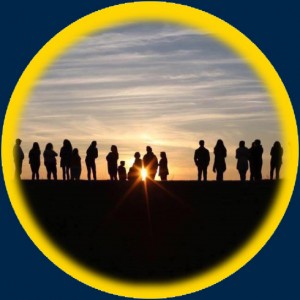 These weekend-long retreats are held at Cradle Beach Camp in Angola, NY and provide “an opportune time” (the meaning of the Greek word, Kairos), away from campus life, to reflect on creating meaning in our lives.  It is run completely by members of the Canisius community, for members of the Canisius community, is based on the spiritual exercises of St. Ignatius, and concentrates mostly on the first week of the exercises. The retreats are based on self-reflective presentations by team members, followed by small-group discussions, along with several “surprises” along the way that are held in confidence by those who participate in the experience.  In short, to know what the surprises are, you need to attend the retreat!

The three-day retreats provided much needed reflection, built camaraderie and revealed to many where God is working in their lives, through the daily interactions that they have on campus.

Kairos is open to all students, regardless of faith tradition or a lack of one.   The retreats are based in Catholic tradition and Mass is held on Sunday, but many non-Catholics have attended and found the experience to be a powerful one, which resonates with deep meaning in their lives.  Faculty and staff are invited to be members of the team by the Kairos directors after their summer discernment retreat, where they plan the three retreats for the upcoming year.

Next year’s Kairos retreats will be held on:

If you are interested in attending Kairos, please contact Mike Hayes, director of campus ministry, at  hayes28@canisius.edu or x2487.

Summer hours will begin on Monday, May 23 and end on Friday, August 19.

College departments may adjust their hours of operation (based on department need) to 8:30 a.m. – 4:30 p.m. with a 30-minute lunch break.

We hope everyone has a wonderful summer! Your Metro Atlantic Athletic Conference women’s lacrosse champions head to Ithaca tonight, May 13, for a first-round NCAA Tournament game. The Griffs and Big Red battle at 7:00 p.m. with the winner advancing to play either Massachusetts or Princeton on Sunday, May 15.

Tickets, which grant access to both of Friday’s first-round games and tickets to Sunday’s single session, are available for $8 for adults, $6 for seniors and $4 for children and students with valid ID. Tickets can be purchased at the Bartels Hall box office or by phone at (607) 254-BEAR. The ticket office is open Monday through Friday from 10:00 a.m. to 5:00 p.m.

Tune in to Sroka ’94 on FOX News Sunday

The couple was interviewed for a larger story entitled “The Schumer Couples,” which will introduce the viewership to several different couples who met while working for New York State Senator Charles Schumer, and eventually married.

Scott Sroka is currently an assistant U.S. attorney for the U.S. Attorney’s Office for the District of Columbia.  He previously served as the Western New York regional director of Senator Schumer’s office and later counsel to the New York Senator on the United States Senate Committee on the Judiciary.