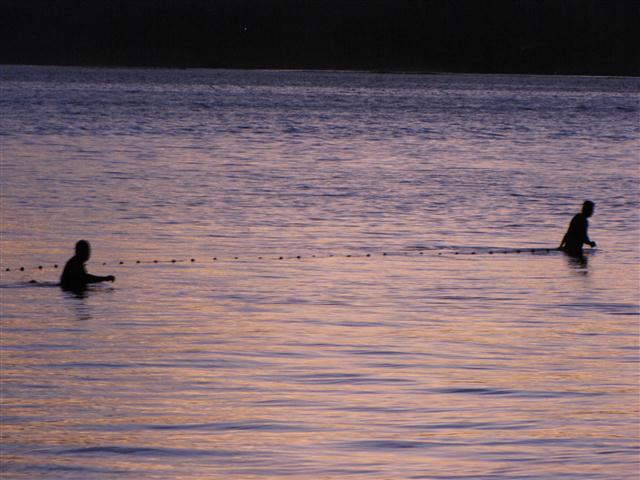 I am still reeling from the news that eleven people were killed this weekend at the Tree of Life synagogue in Pittsburgh.  I would be upset even if I had no connections to the victims, but this attack is personal to me for several reasons.  I spend a lot of time on interfaith dialogue and I know how deeply this has impacted my dialogue partners.  I have many Jewish friends and family members and I have heard them speak about how their grief is compounded by worry for their safety.  I lived in Pittsburgh for three years while attending seminary and have happy memories of Squirrel Hill.  Finally, Fred Rogers, who has been mentioned a lot in the aftermath of the murders, was a graduate of my seminary and I remember meeting him several times, although my brain could not always match the white-haired gentleman before me with the hero of my childhood.  That’s another story for another day.

As the days go by, I’m encouraged by the supportive response from so many people from so many different traditions.  Prayer vigils have been held across the country. Funds have been raised to help the families of the victims, including significant amounts of money coming from the Muslim community.  Parents, teachers, and community leaders are working to help children feel safe.  Part of me is hopeful that we can draw renewed strength out of this horrific experience, but the other part of me is not even ready to think about that.

This attack is a reminder that religious diversity and interfaith dialogue are not just abstract academic concepts but vitally important issues.  As I struggle to find words to respond to the killings in Pittsburgh, I’m reminded of something I wrote a few years ago in response to another act of violence against religious people – the shootings at the Sikh Gurdwara in OaK Creek, Wisconsin.  I would like to share it here.

This August I was invited to speak at a memorial service for the Sikhs who were shot at the Sikh Gurdwara in Oak Creek, Wisconsin. I am currently the President of the Network of Religious Communities in Buffalo, NY and my friend Dr. Surjit Singh invited me to represent the Network at a service at the Gurdwara in Niagara Falls, NY. As a college professor, I am rarely at a loss for words, but in this case I was not sure what I could say or do other than attend and stand with them in solidarity.

As the service began, Dr. Singh explained that at the time of the shooting, some of the victims were engaging in a Sikh practice of taking turns reading their holy book aloud from beginning to end. He said that according to tradition, if the reader stops in the middle of a page the page has to be started over again. According to Dr. Singh, when the shooting started it was the temple president’s turn to read. Instead of running to hide at the sound of gunfire, Satwant Singh Kaleka stayed where he was and was shot while reading his page.

Dr. Singh explained that we were beginning our memorial service by listening to a reading of the pages that were being read at the time of the shooting. He called on us to honor the victims by finishing the page for them. After listening to these pages, we proceeded to prayers, speeches by politicians, representatives of local and national law enforcement agencies, and religious leaders. There was also a collection to help support the families of the police officers who were killed or injured in the attack. The event concluded with an outdoor candle-lighting, a moment of silence, and singing Amazing Grace.

I remember few of the words from the speeches, even my own. However, months later the idea of finishing the page sticks with me and gives me chills as I think of it. I think it offers a powerful response to this violent event but in a broader sense it offers a useful metaphor for those of us who work to build interfaith communities that work together for justice.

In the aftermath of a violent attack such as the one in Wisconsin, it can be easy to become overwhelmed by conflicting feelings of anger, uncertainty, and hopelessness. In the face of such feelings, many people look for something they can do to take their minds off these feelings. I think this motivation explains the crowds who flocked to donate blood on September 11, 2001. I remember sitting at a blood bank in Indiana with my wife and our baby daughter as we tried to absorb the events of that day eleven years ago. The challenge of course is finding something to do that is constructive and useful. Sadly so much of the blood that was donated on September 11 went to waste because there was no plan to deal with such a large volume of donations. Similarly, while I respect the intentions of people who collected warm clothing for the victims of the Pacific tsunami or canned goods after the Haiti earthquake, these collections were not much more practical than the blood donations in 2001. “Finishing the page” gave us something to do after the shootings in Wisconsin and it returned the focus to the victims’ tradition, rather than what outsiders thought the survivors might need.

Finishing the page also offers us a reminder that we are continuing the interfaith efforts that others have started before us. It is easy to become disheartened over the challenges of this work especially in the face of tragedies like the attacks in Wisconsin. Even so, it is important to remember that others have faced challenges too and yet persevered. Think of Rev. Dr. Martin Luther King, Jr., Rosa Parks, and all the countless Civil Rights heroes who risked their lives to stand up for human dignity. Or there is my friend Rev. Petra Heldt who bears the scars from a bombing in Jerusalem and yet continues to work for peace and understanding in the Middle East. Finally, consider the experience of my host at the memorial service in August, Dr. Surjit Singh. He was the first person of non-European ancestry to move into his suburban neighborhood and over the years he and his family have experienced much prejudice and mistreatment. Decades later the prejudice has not disappeared but he is now accepted as a valued member of his community and is consulted by the town council and law enforcement on many issues. As we struggle to build interfaith relationships we do not have to start from the beginning but can draw on the wisdom of those who came before us and finish the page for them.

Finally, the idea of finishing the page reminds us that we do not need to do all the work by ourselves but that we can prepare the way for those who will follow us. When we feel we have to do everything by ourselves we can easily become overwhelmed and immobilized by the burden even when there are others around who can help. At the same time, when we feel that we have to do all the work by ourselves to make sure that things get done a certain way we risk pushing willing helpers away. When we view our efforts through the lens of finishing the page, we remind ourselves that at some point someone else may have to finish the page for us. Hopefully it will not be under such violent circumstances, but we never know when or how we will have to hand our work over to someone else.

This is why it is so important for us to train the next generation of interfaith leaders. We are looking for ways to do this in my own community, but I am grateful for the work of the Interfaith Youth Core on this issue as well. I brought some of my students to the IFYC’s Interfaith Leadership Institute in Atlanta last January and was thrilled to see the enthusiasm and creativity of the next generation of interfaith leaders. I don’t plan on giving up any time soon, but I’m comforted to know that when my time comes there will be many people around to finish the page for me as well.

Note – the image above was originally published with the article.  In 2011, I spent a month in Fiji teaching at Pacific Theological College.  The school is right on the shore and I frequently saw fishermen walking across the lagoon to their boats or dragging their nets back in the evening.  Even though the image looks peaceful, I know it was hard work for them. I also know that the work became easier by working together.